Do you ever feel like you are being stretched in every direction, without enough hands, with not enough hours in the day, in fact not enough time full stop? It’s the first week of the children’s winter holidays and that means I am juggling balls trying to keep the wheels turning. I need to be here, there, and everywhere else whilst also attempting to keep the house running in a somewhat civilised manner. Some people cope with stress by doing yoga, and others try meditation; I, however, like to take photos!

Bizarre sounding, yes, but there is more to taking a photo than just clicking away with a camera. It enables me to see things I might otherwise miss. I can completely lose myself in my surroundings, enabling me to temporarily erase all other thoughts from my mind; it’s my own form of meditation, and lets me appreciate nature and natural beauty in its simplest form. Taking a road less travelled, 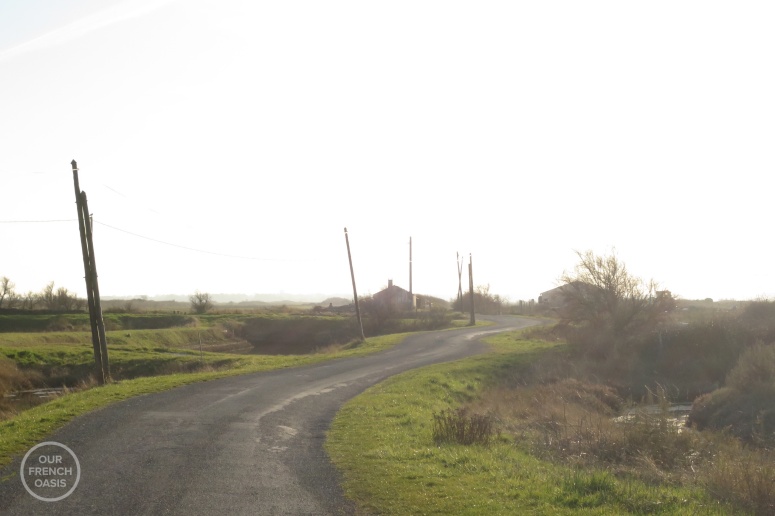 and allowing myself a few minutes to stop and take a photo. Because a photo asks so many questions; where did this once lead? Why was there a grand entrance to a field? When was it built? 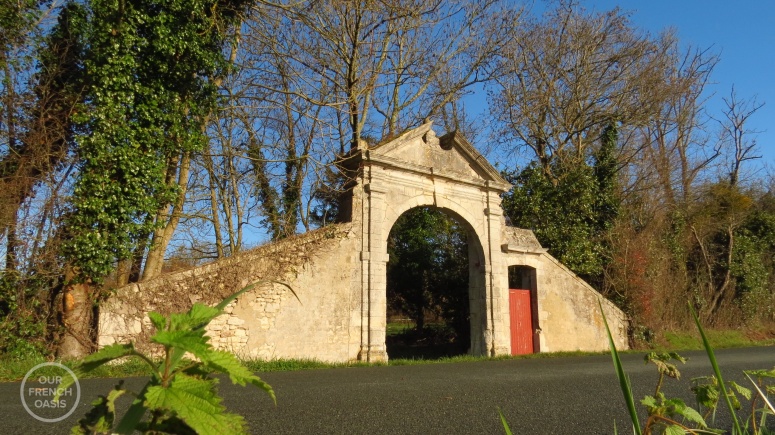 I can totally absorb the peace and tranquility that I find in dormant vineyards. 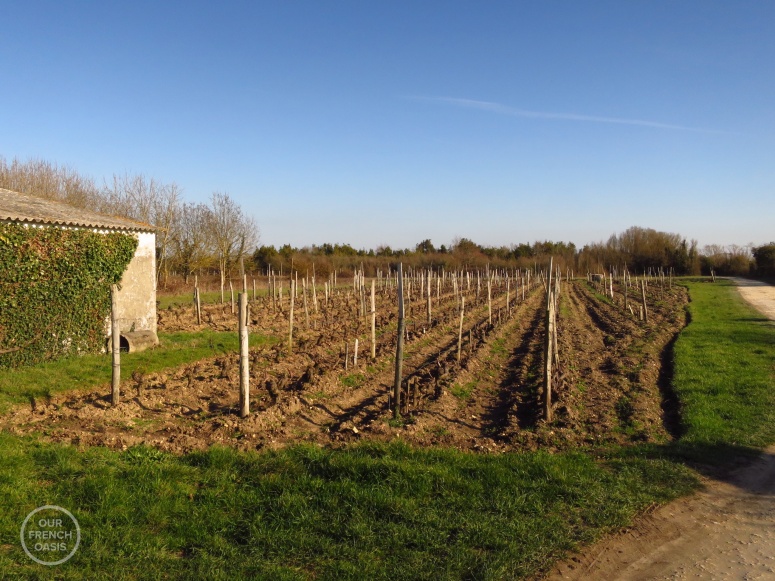 The winter and spring holidays in France are staggered according to the region. It’s a really sensible idea, as it spreads popular destinations such as ski resorts during the holiday season. Imagine if for just two weeks everyone in France who wanted to partake in a little skiing or snowboarding or even just some fresh mountain air had the same two weeks of holidays! The resorts would not only be crammed to beyond bursting point but the season itself  would also be incredibly short for those who actually make a living in the mountains.

Instead France is split into three zones, A, B and C. One zone has the first two weeks, one the middle two and one the last two weeks – all this in a four week period with overlaps during the changeovers. Similarly, the spring holidays are then staggered as well. But each year it also rotates so whilst one winter someone may have their break during the first two weeks of February, the next year they may be in the last week and into the first week of March. The latter rotation is what we are on this year and this is why I am currently doing a vast amount of things all at the same time – it’s just complicated a little by the number of children involved.

So far my feet have scarcely touched the ground! We’ve left home long before the sun has risen and returned after dark, travelling to tennis tournaments. The furore started last Friday with an extra day off school due to a three day competition which all added to the excitement for Gigi. I haven’t been the one playing but the stress of watching is utterly exhausting, after five days of very intense competition in four different locations (two in one day on Sunday) we all agree we are completely wiped out! But instead of letting the mounting pressure get to us we’ve managed to keep the mood light. Simply by noticing the ever changing landscape when our coastal marshlands have given way to the vast open expanses of rolling hills and farmland has been a stimulus, an area where wind turbines feature heavily on the horizon (snapped by Millie on her phone as I slowed down as much as I could for a photo!). Renewable energy in the form of wind power and solar power is in abundant evidence everywhere in France, and although I know these giant figures on the landscape can be very controversial I personally find them quite graceful; their slowly turning blades seem to be a reminder that we need to take deep breaths and hurry a little less.

We paused in a village, I can’t even remember its name, to stretch our legs and I snapped away at some different old houses for ten minutes. 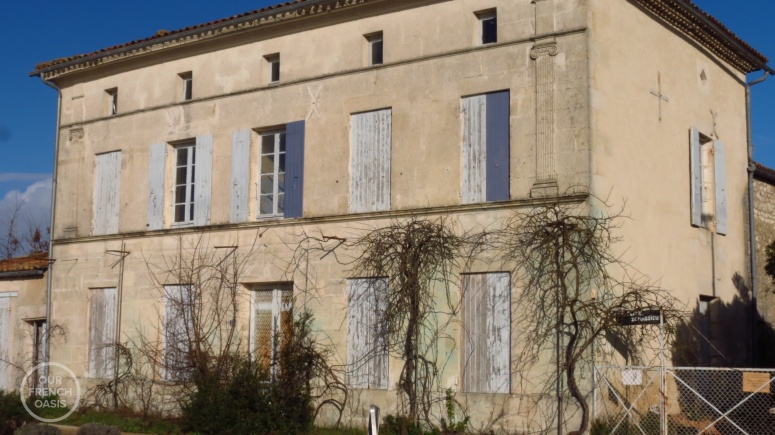 Back at home for a few hours on Monday I’m in familiar territory; a brief pause to carry out some mundane routine tasks, the laundry flapped on the line in the winter sunshine and the car had to be taken for a service in Marennes. However, rather than waste a couple of hours sitting in a heated soulless room while the mechanics did their work on our trusty steed, I had a cunning plan. I’d put my bike in the back of the car and I planned to explore off the main road, out in the oyster country that is the backbone industry of the town. 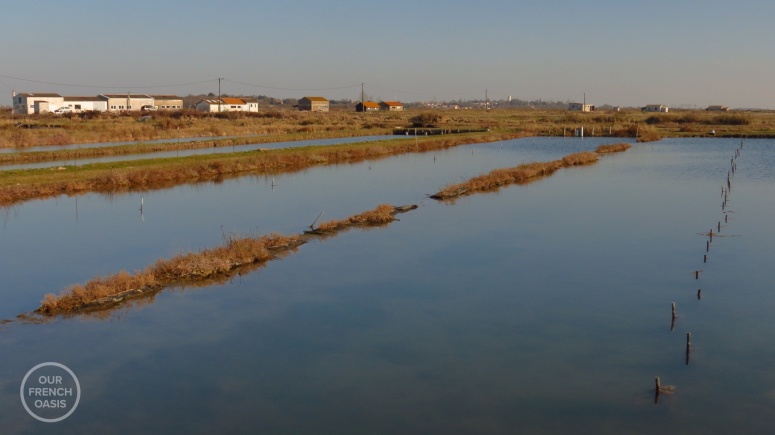 It was low tide and all was quiet 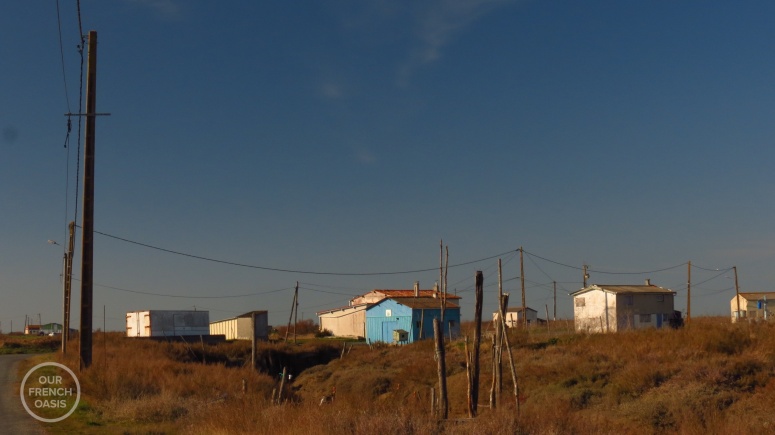 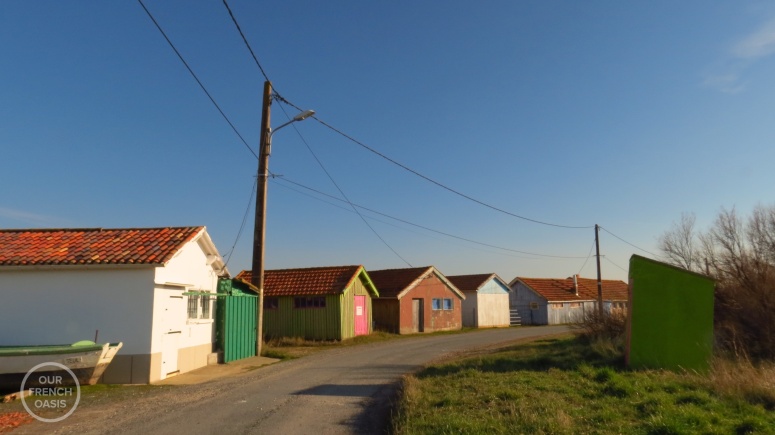 At one hut Madame read in the sun whilst her husband worked with the oysters, his legs in the requisite rubber waders. I stopped and talked for a few moments, wondering if in the summer it gets busy, but she assured me that few tourists find this back road, and despite a coast crammed to bursting in July and August it seems little changes here year round. 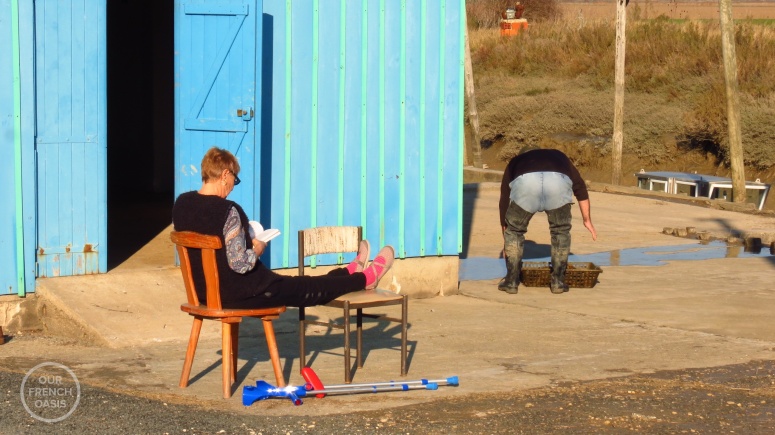 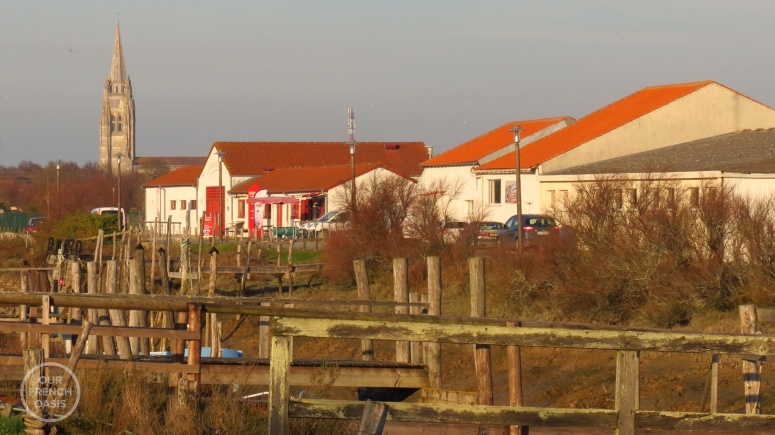 in an area that genuinely seems untouched by time.

including the utilitarian van version of the classic Citroën 2CV. 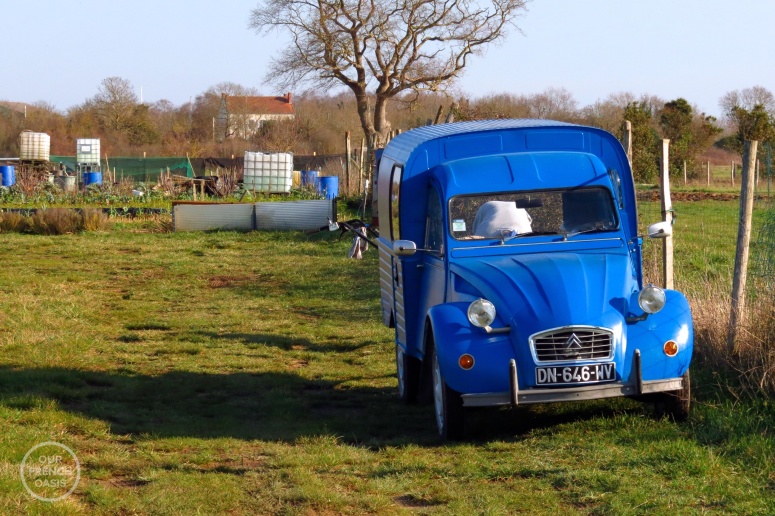 However, even in the complete bedlam of this week, there is always some peace to be found in the garden, a quick stroll for just five minutes, a moment to reflect, to inhale deeply and smile. 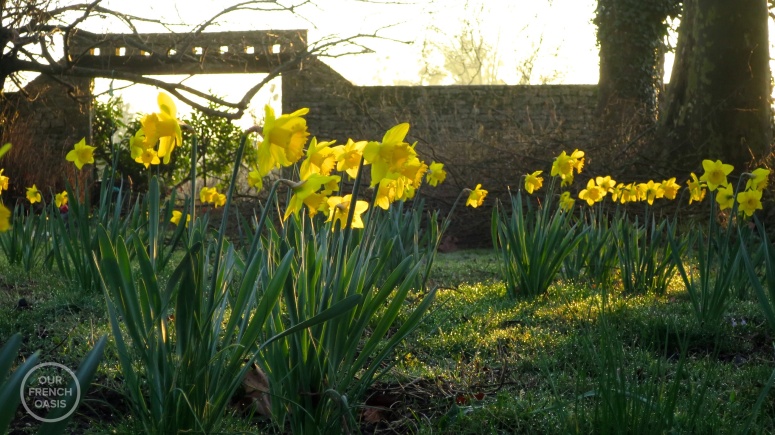 133 thoughts on “Appreciating the Ordinary”