Growing up I always dreamt of skating in Central Park, but at the time I had never visited America and my dream was simply fueled by movies I had seen – it seemed to represent the perfect Christmas scene. I’d forgotten all about that dream until we bought our house here, however, and then during our first Christmas I saw that there was an ice-skating rink in Rochefort.  It seemed that decades later my wish was to finally come true, although the country and setting were different. In reality though, the magic is exactly how I imagined it would be. There are laughs and giggles, the smooth swoosh of skates on ice and everyone has rosy, glowing cheeks from exertion in the chill air. 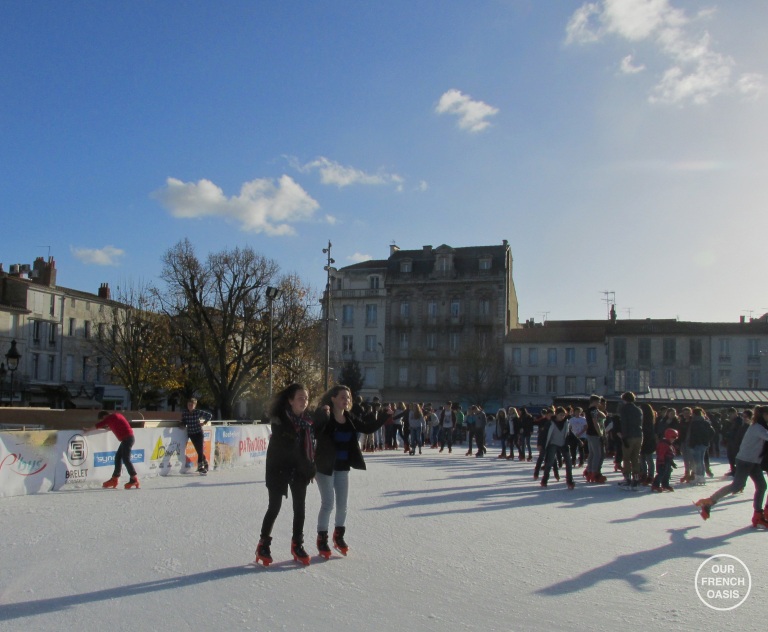 With some considerable work and effort the Place Colbert, right in the heart of Rochefort, is transformed into an open air rink for most of December and half of January.  Lots of Christmas trees are brought in and little wooden chalets appear selling local delicacies and crafts. 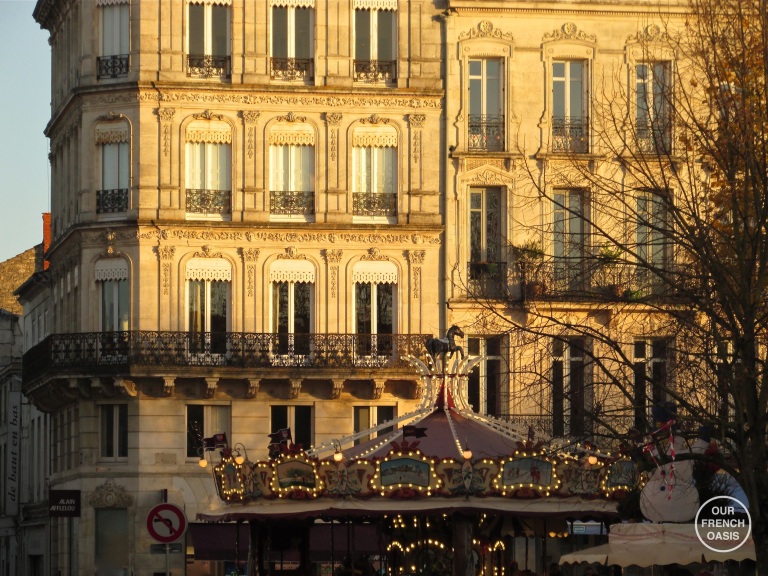 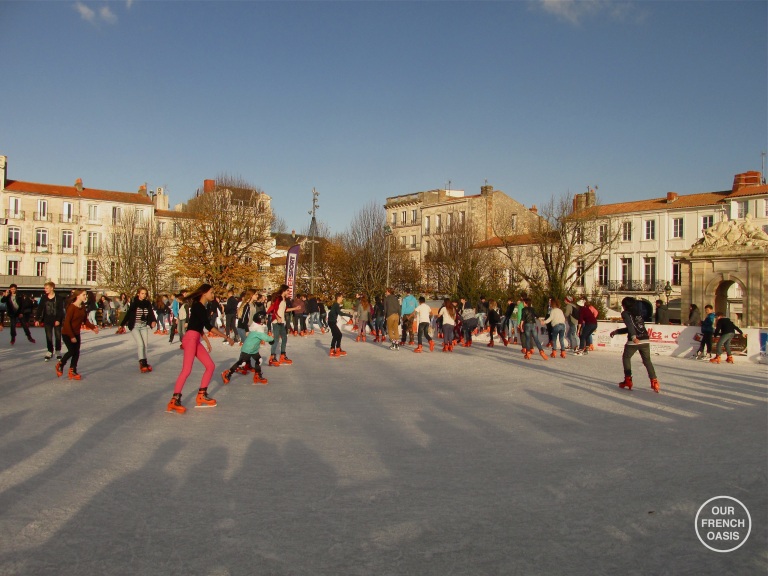 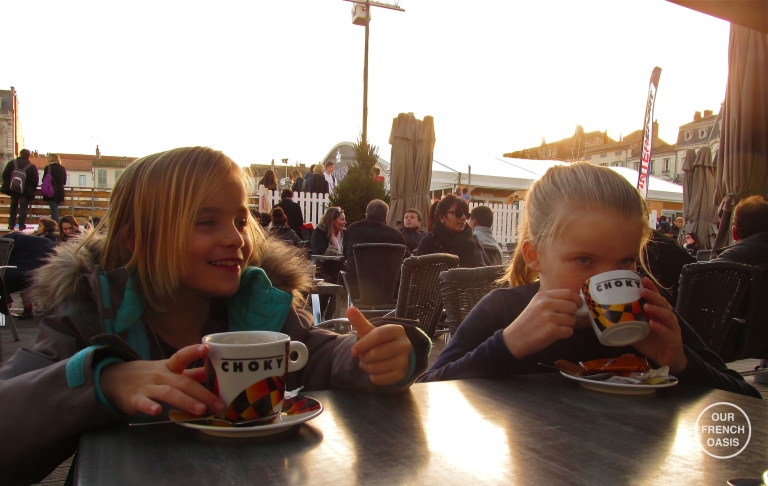 Christmas here does not explode in a blaze of colour at the end of November, rather it slowly evolves as December unfolds; each day a new light will appear, a new stall at the market, a new delicacy in the boulangerie. Streets and shops are decorated, Christmas trees appear in the windows of houses, wreaths welcome the visitor or passerby at front doors and green garlands of fur with red bows replace the red geraniums of summer in window boxes. It’s all very subtle, but it wets the appetite and feeds our anticipation and excitement; it’s not everyone’s idea of a perfect Christmas, but I rather like it.

and in Pont-l’Abbé the ancient archway under the old prison, a road I travel twice a day on the school run, is lit up to perfection.

It’s all part of the build up to Christmas in our little corner of France.

When your babies are no longer babies.
After months of planning, incredibly long days and a lot of hard work by the whole family another part of the house is done!
There is nothing quite like a walk here to lift the spirits and fill us with hope.
The kitchen is not finished and we’re still using the tiny old one but it’s so close that I couldn’t resist playing.
Walking back from the boulangerie through the village this morning. Cannot wait for restaurants and cafes to open up again. The thought of just stopping for a coffee seems like the height of luxury right now.
Sunday walk, everything’s so green 💚