One of the great things about having a very sporty daughter is I get to travel, a lot! I do not have the time to be a conventional visitor, but I do get to see a great deal of France. All I need to do is to remember to take my camera and I can capture a little of the essence of the area we are visiting.

I want to take you to two very different parts of France today. So let’s start by heading inland to the Corrèze, the most southerly department of the Limousin Region. 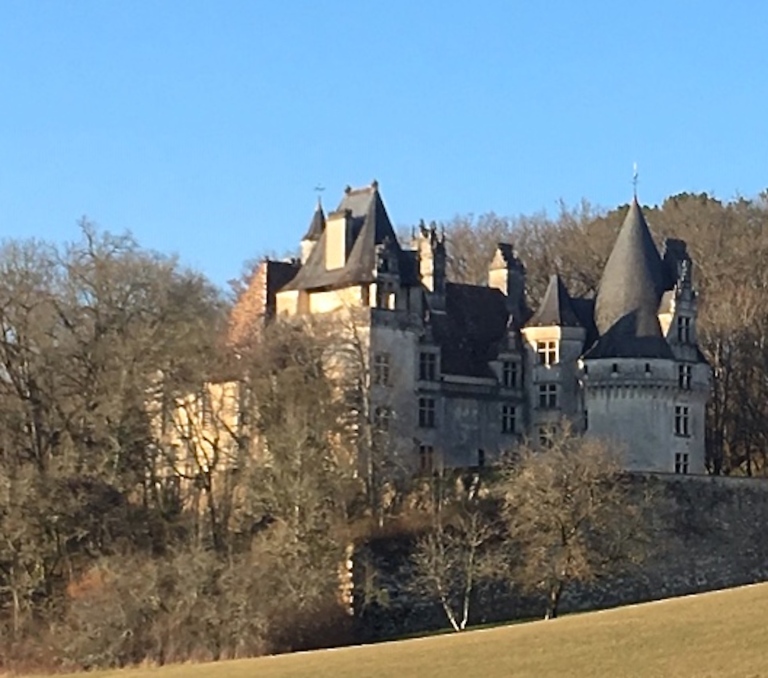 There is a joke that the cattle outnumber the people here. I am not sure if it is true but the population density is certainly one of the lowest in France. In fact the entire Limousin is rather like this, sparsely populated, ignored by many, yet to those who visit or live here it holds a very special place in their hearts, and I have to admit it has truly captivated me. Rarely do I utter the words, “I could happily live here”, but there is something about the department that has taken hold and won’t let go. Before I go any further, let me just state “We are NOT moving”, so don’t even think that for a moment, but if I had to move anywhere, this would be right at the top of my list.

This is a region of gently rolling hills and farmland. Limousin cattle graze contentedly. There are endless apple orchards and even vineyards. This is pastoral perfection. 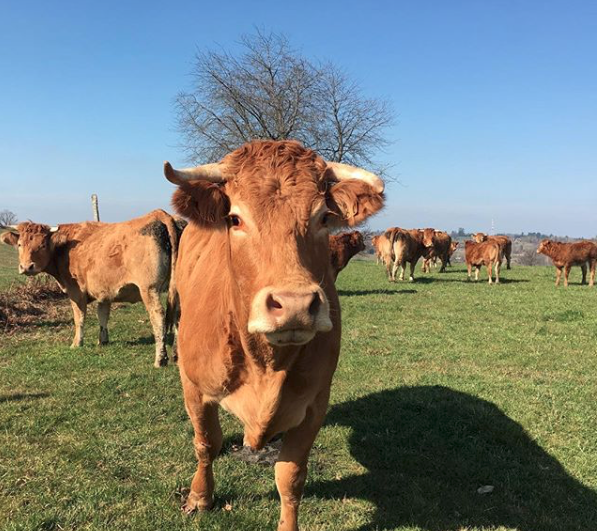 Nothing is hurried; France is often revered for its lifestyle and slower pace of life, but the Corrèze seems to take this one step further, it almost seems to go back in time, here you really feel you can get away from it all. However, that does not mean that standards are any lower, it can be a gastronomic delight with menus proudly advertising that their produce is only from the immediate area. 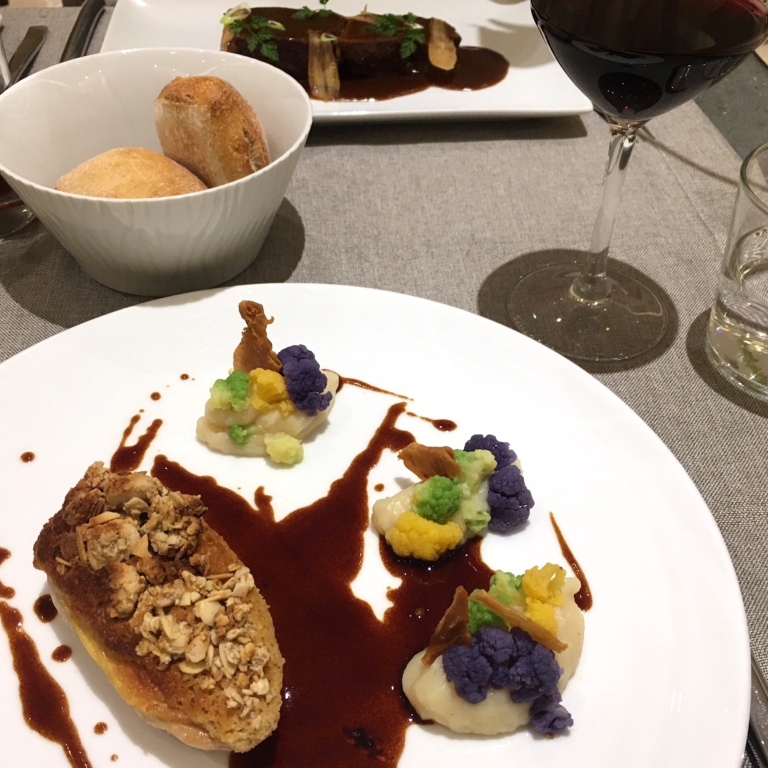 There was just one tiny annoying problem, I forgot my camera. So I hastily took a few shots with my iPhone, but despite lovely weather I didn’t have a lot of free time to play the tourist! However, all is not lost, we are returning at the end of the month and I will be sure to take lots of photos, I will make time! I took this snap when we visited last June, it will at least give you an idea as there is nothing worse than reading about somewhere and having no real feeling for what it is like. 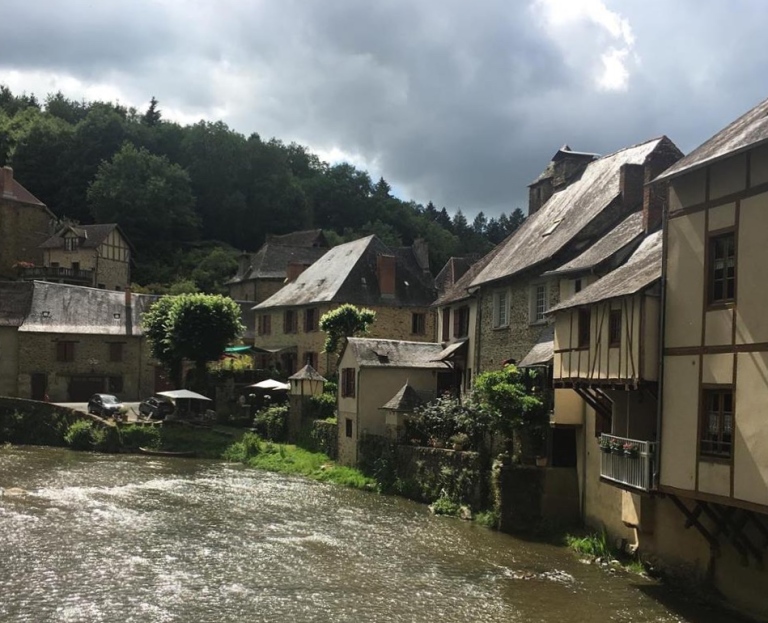 On our return home we took a slight detour to stop and buy a bottle of water. We were somewhere in the department of the Charente, somewhere in a very pretty village. 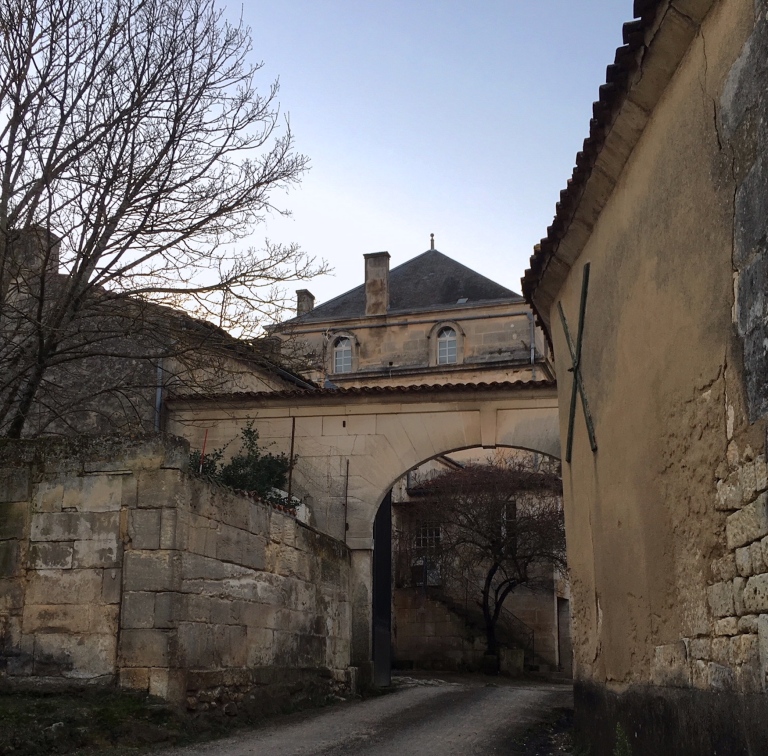 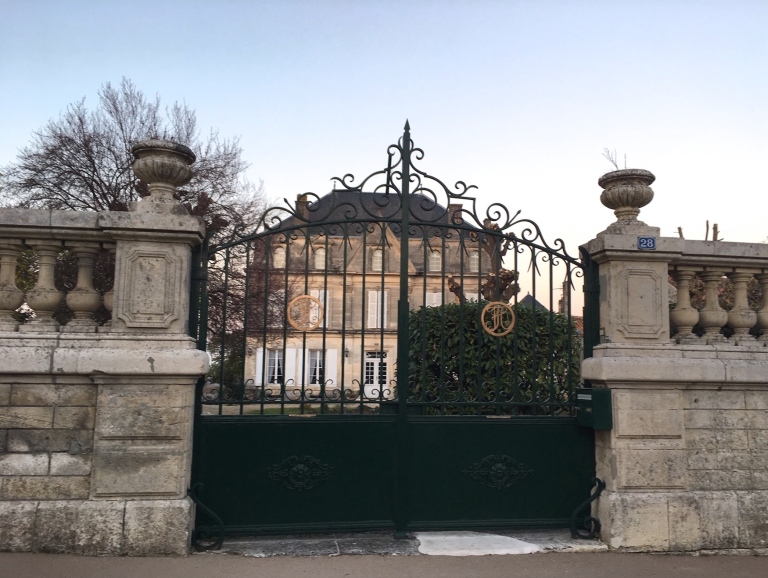 That’s the best thing about driving, one can really do entirely as one pleases. 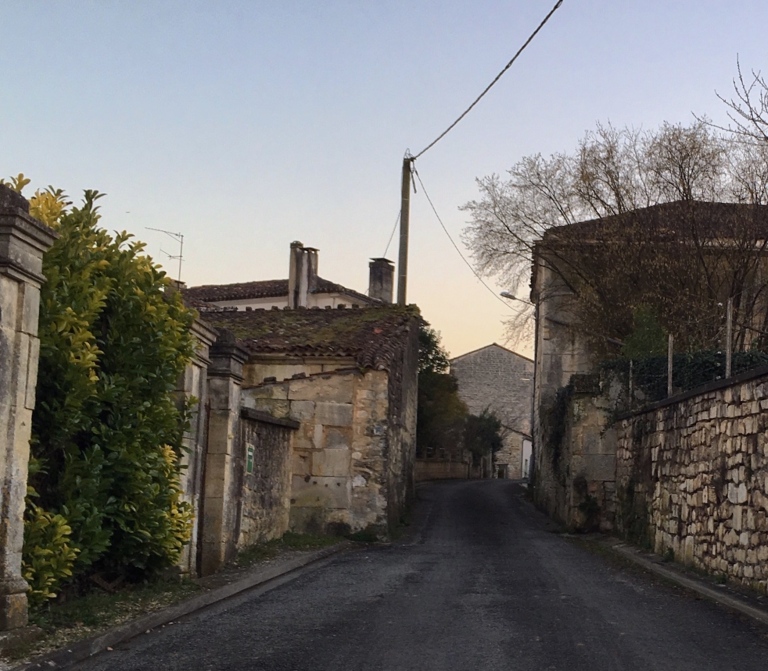 By complete contrast the same week we headed south to Bordeaux. Not to the city but out into the countryside again, into really ‘grown-up’ wine country. 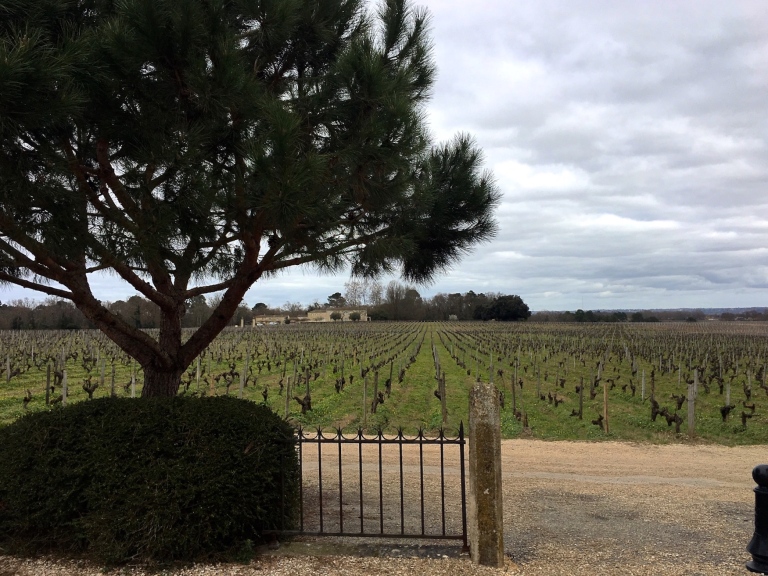 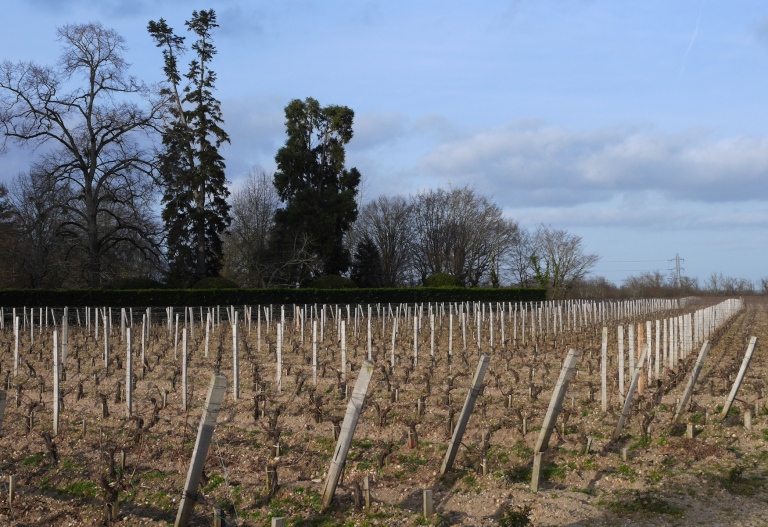 We were right in the middle of some of the most famous vineyards in the world. Acres and acres of vines as far as the eye could see. Where wine is produced for real connoisseurs, a class way above my simple taste for a nice bottle of organic red! 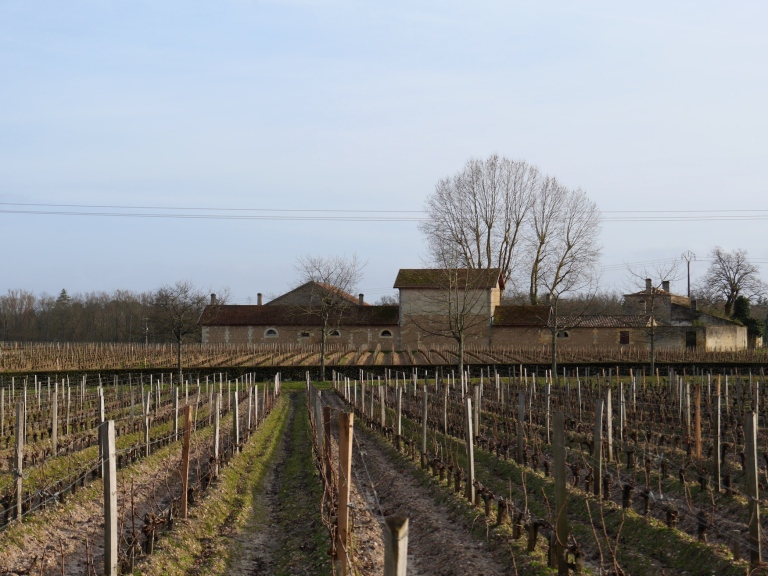 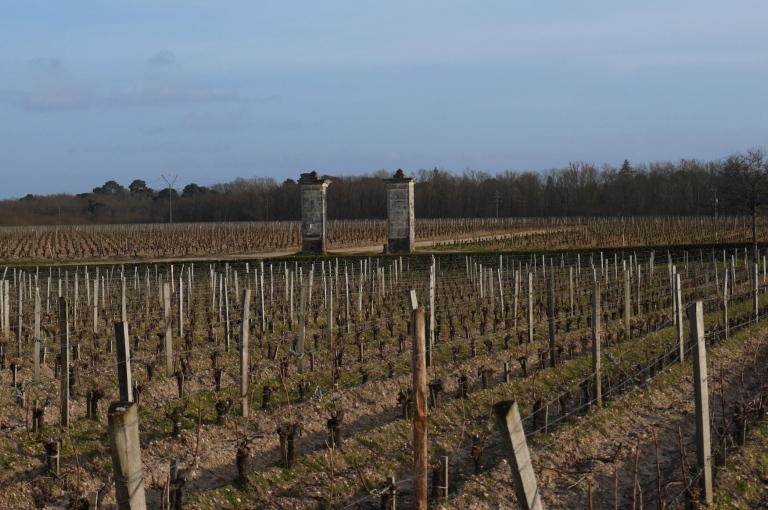 Chateau Smith Haut Lafitte, a 78 hectare vineyard which was reportedly sold in the 1990’s for a slightly eye-watering 250 million euros! We managed to snatch a couple of hours to take a little walk around.

Just imagine what this will look like in a couple of months when the wisteria is dripping with flowers. 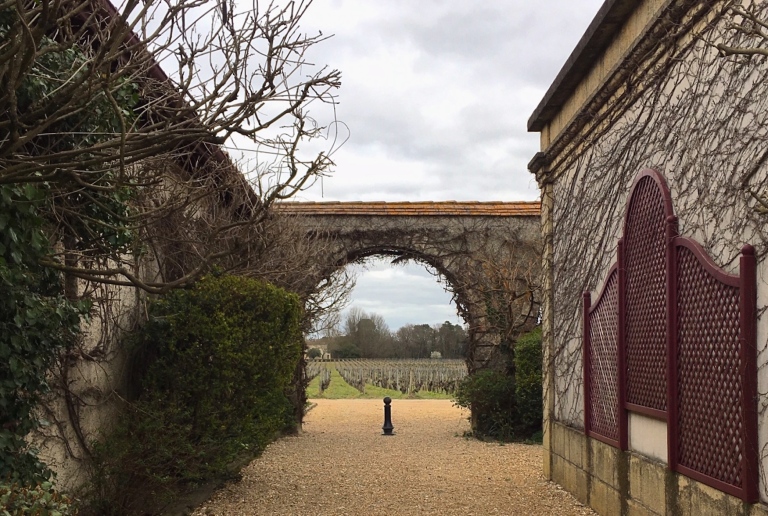 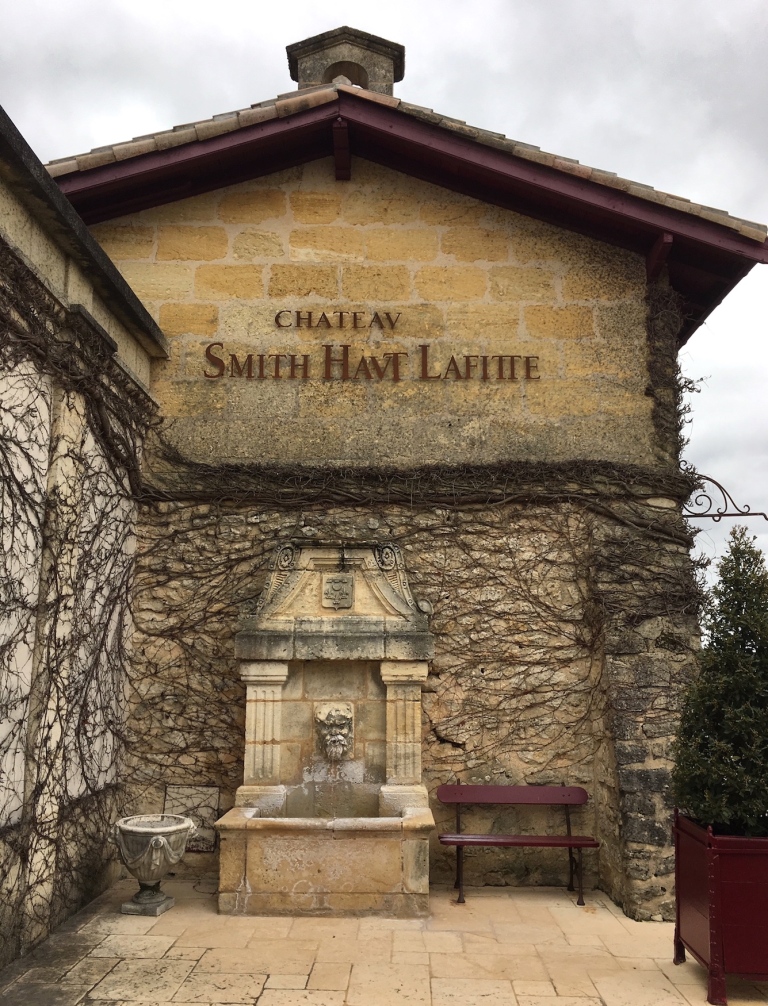 We walked through the main building into the gardens beyond. 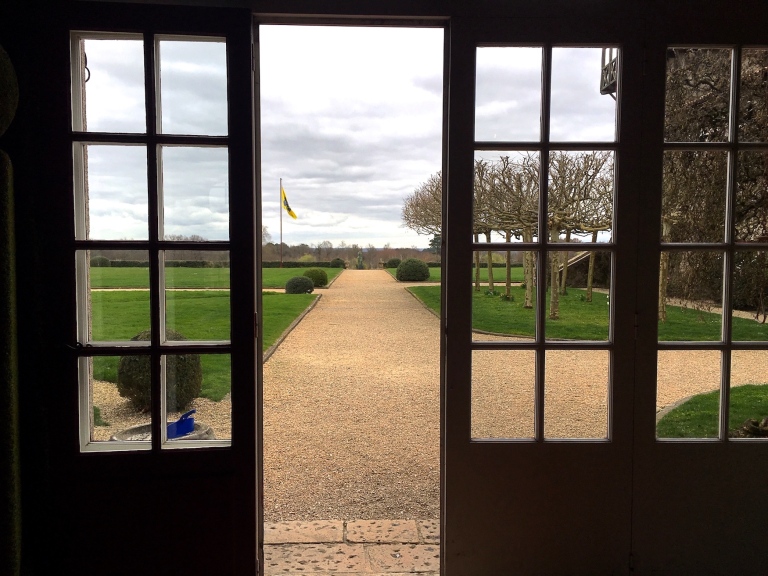 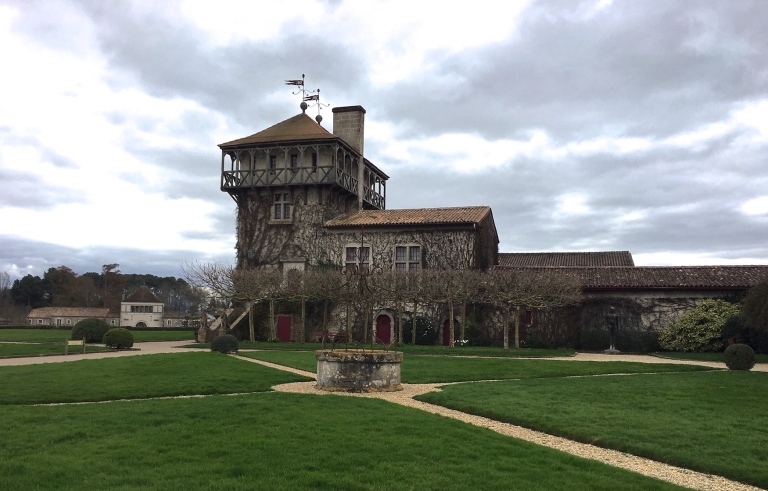 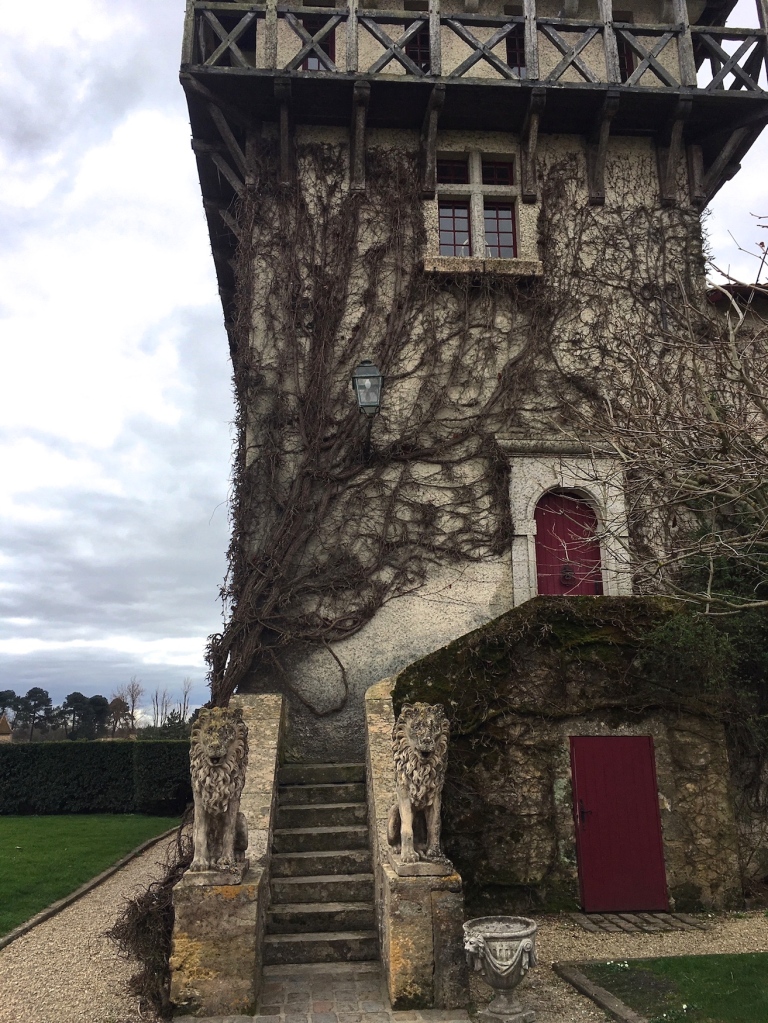 The 16th Century tower has an underground cellar housing 1000 barrels. 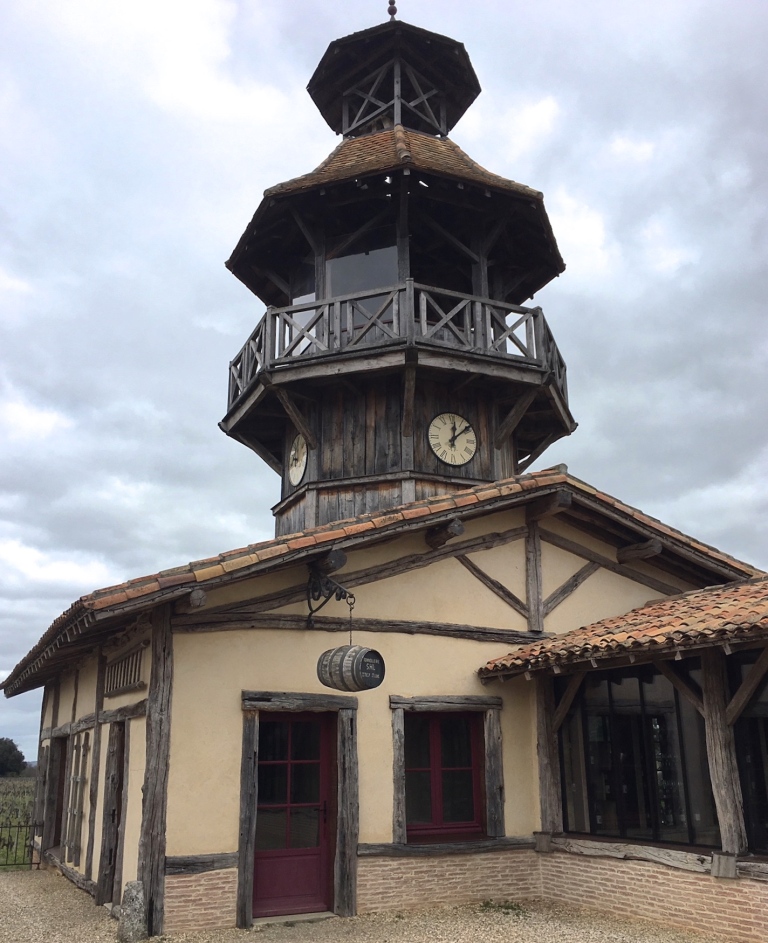 The vintage van is not just for show, it is licensed and insured and still used today. 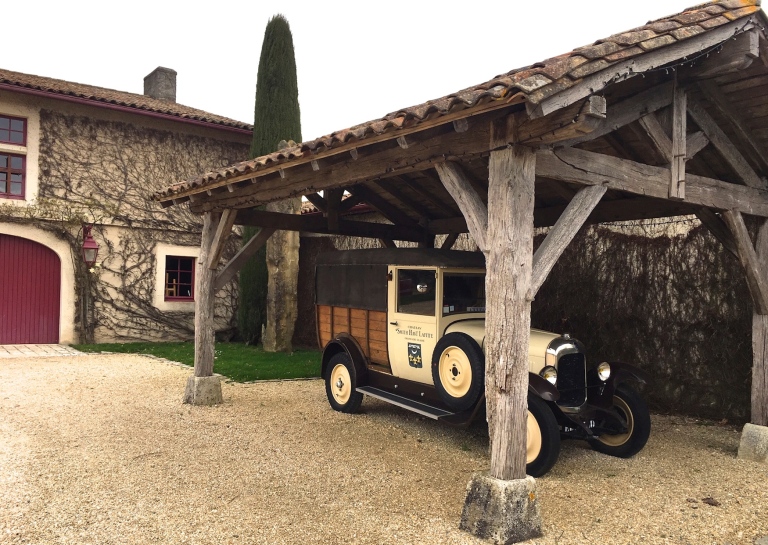 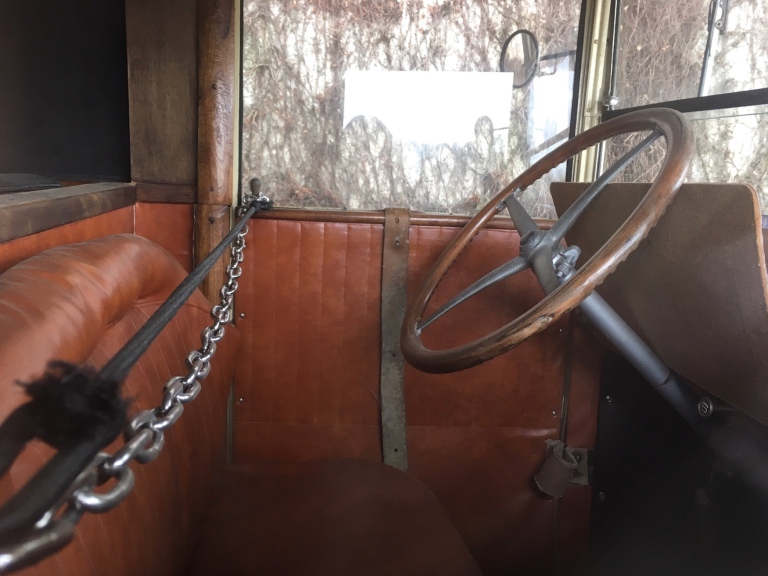 At each turn there are enormous sculptures and statues, this resembles a crumpled piece of paper, complete with writing. 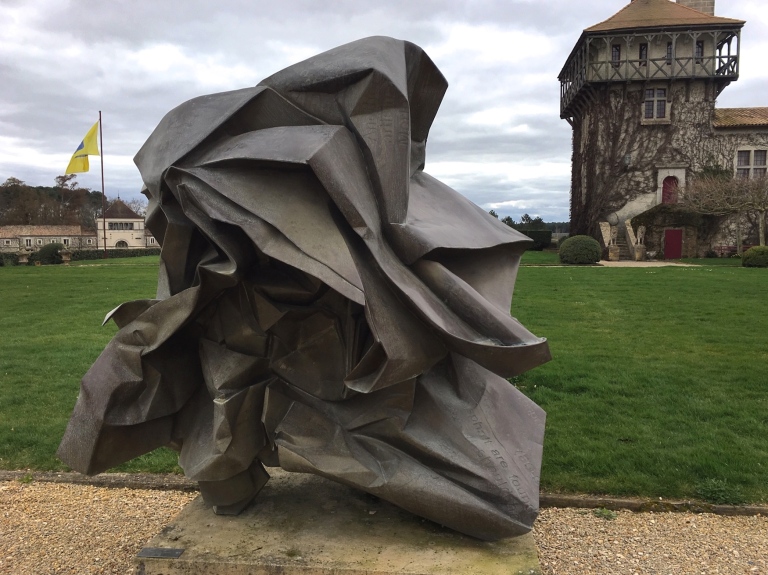 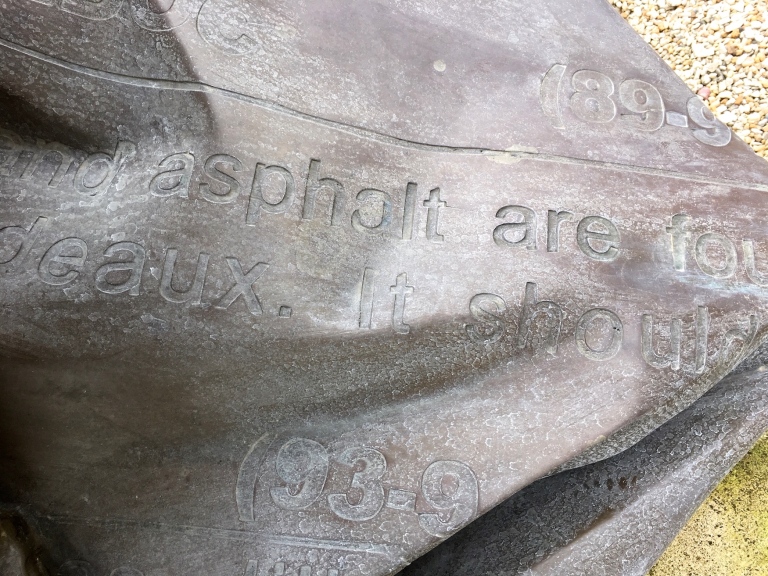 Another world famous establishment is Chateau Carbonnieux. By the time we passed by it was evening, the gates were locked and so we could only stop and stare from the drive. 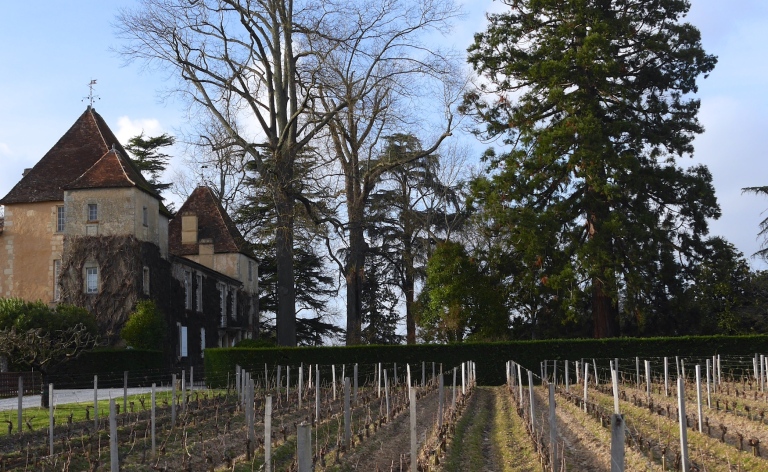 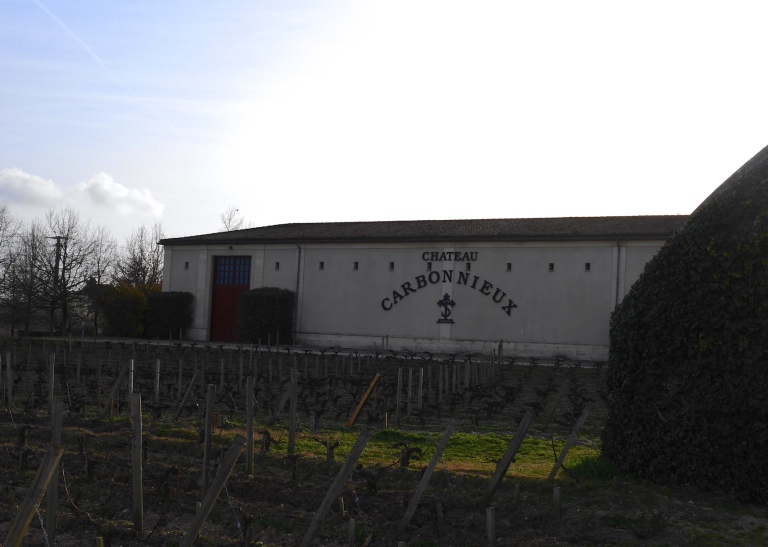 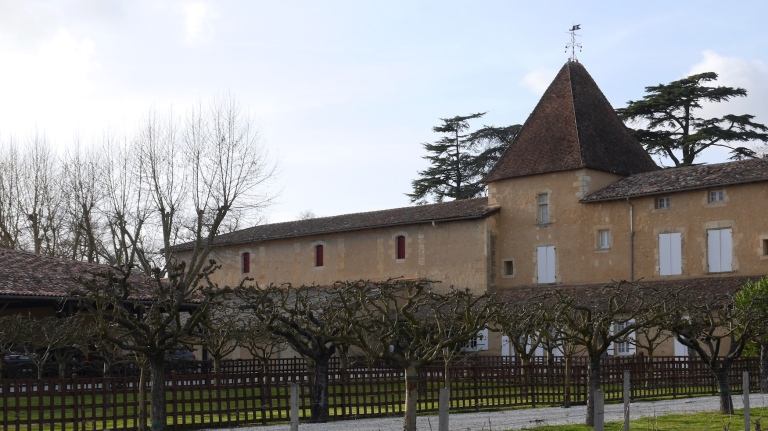 These are two very different areas of France. It is a country that really does cater to all tastes. Better still, there is always something unexpected to see, that catches you unawares. A chateau that just appears in the middle of nowhere 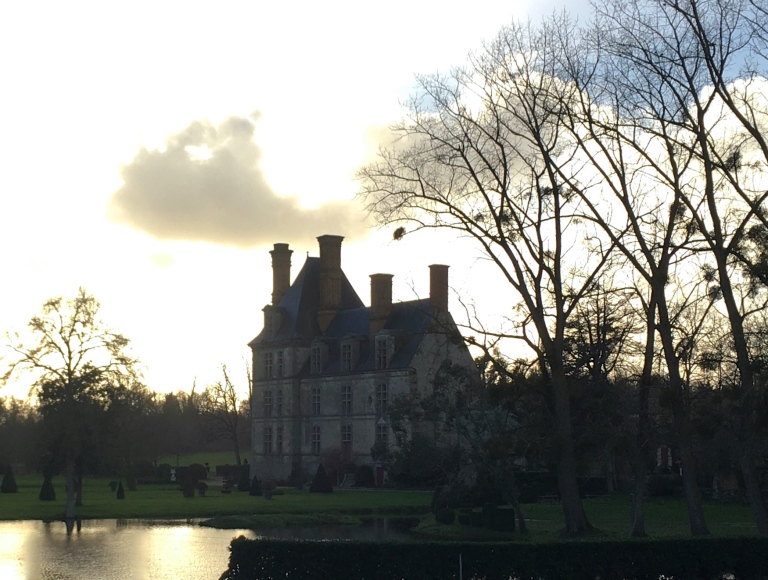 or a glimpse of a neglected building on a little used country road. 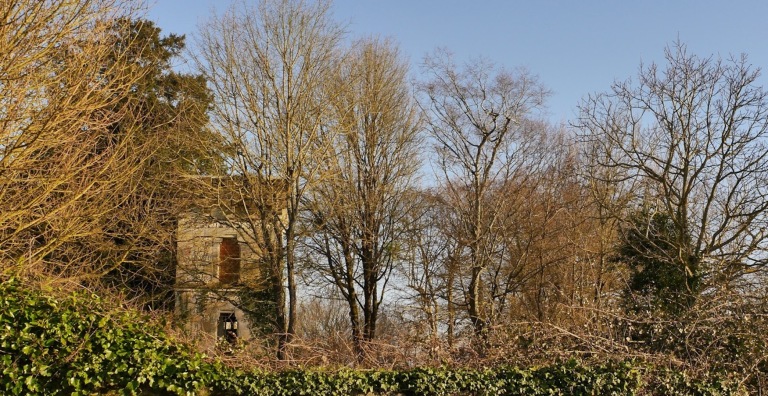 It is a country that continually captivates me.