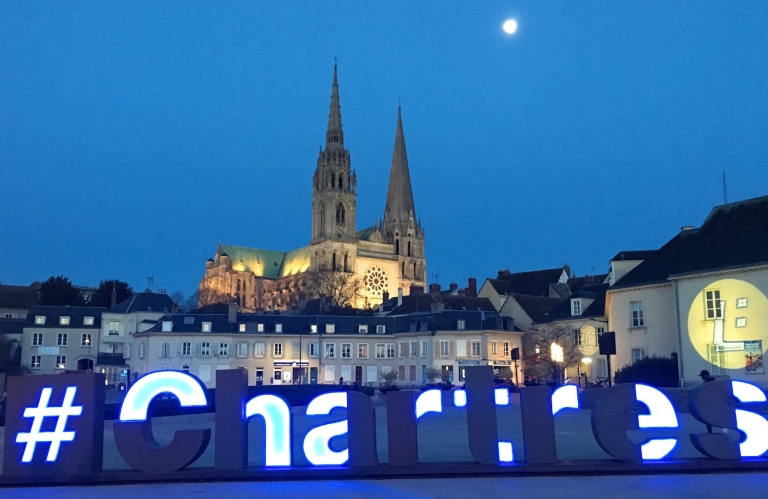 Are you ready to kickstart the week with a little virtual vacation? It’s a bit too early in the year for sun filled activities and I think most of us in the northern hemisphere are over winter and ready for spring, so how about some culture for our armchair travel adventure?

The weekend before last we swapped our red terracotta tiled roofs for grey slate and country for town, and what better place to do this than in the city of Chartres.

Located about 80kms south-west of Paris it is probably best known for its cathedral, which is famous throughout the world. The city was heavily bombed during World War II and much of the old town was destroyed, but incredibly the cathedral remained virtually intact and even more astounding is that that included nearly all of the stained glass windows.

This Gothic cathedral took 66 years to build and was completed around 1220. Just imagine the work and manpower involved, it is mind blowing, the architecture is sublime. 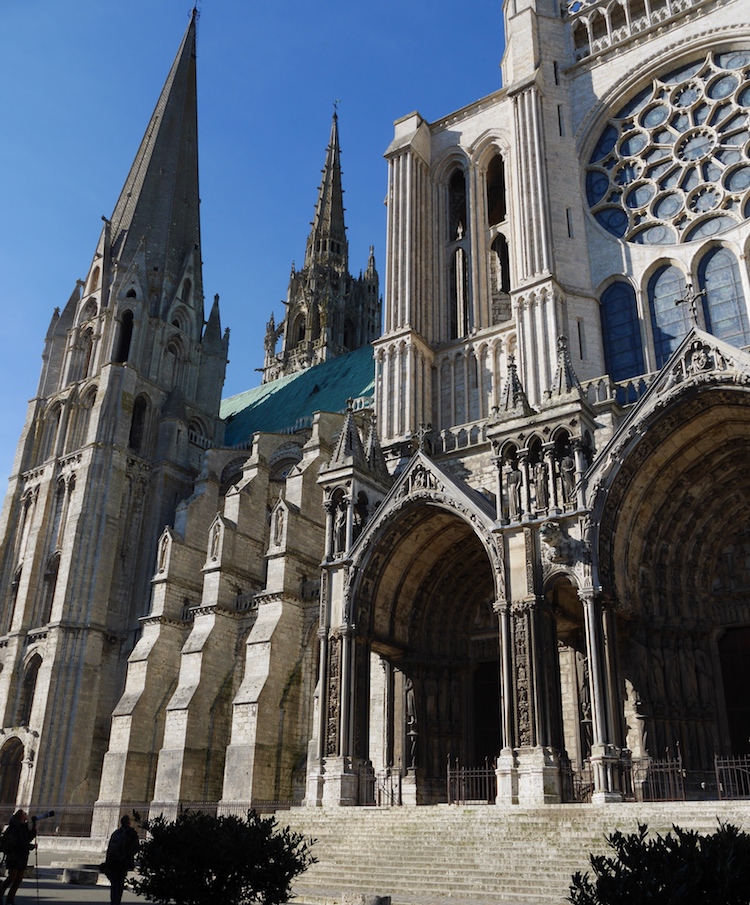 The cathedral is famous for so many reasons; the twin spires, a landmark that is visible for more than 25kms around.

Its enormous stained glass windows, and the specific colour blue known as the bleu de Chartres has been impossible to replicate ever since. 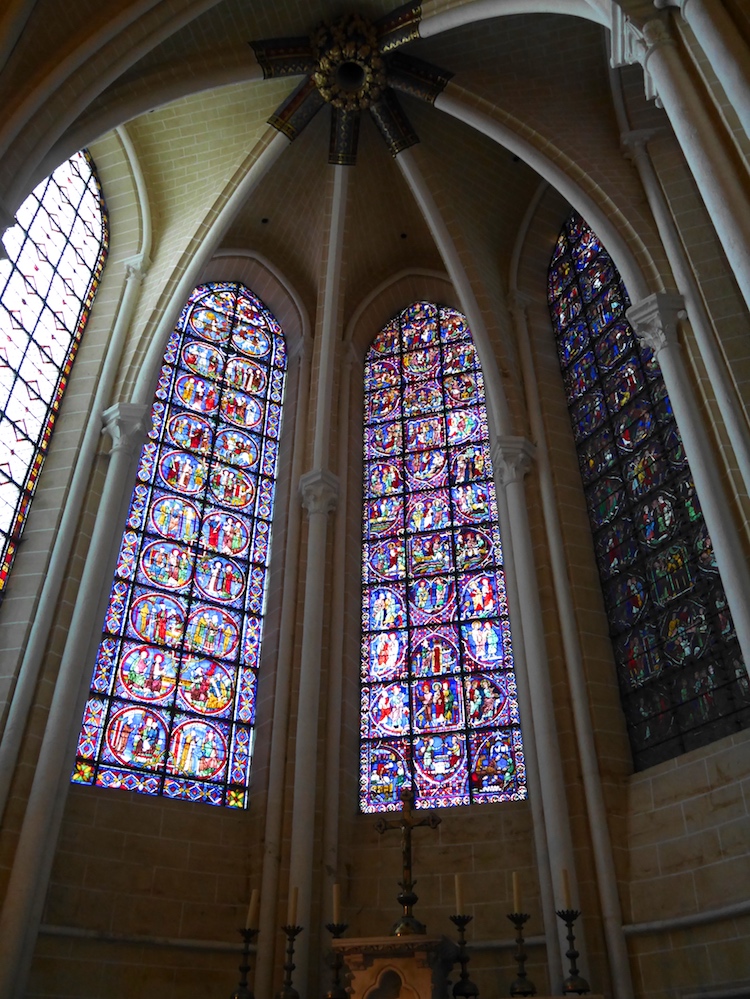 Just being able to take the time to soak up the atmosphere inside felt like the most enormous privilage.

We were very lucky to be staying in an apartment owned by some friends of ours. You see that huge window and the tallest of the houses? That top floor is where we were! Incredible, amazing, words just cannot do justice to that view. It is beyond fabulous.

It overlooks the west facade with its three intricately carved portals. The central portal is only ever opened for special ceremonies.

But just take in that view

and it’s worth noting the contemporary interior of the apartment. This is a classic example of juxtaposing old and new. 21st Century streamlined furniture enhances the beauty of the original windows and wooden floors. I love antique furniture as much as the next person, but I also love a touch of modern and I believe in this case any other choice would have just been a distraction from the view. Incidentally the French mix up old and new with enormous style, it’s something they are very good at and something I see a great deal of.

Leaving the apartment through the front entrance hall I am immediately drawn to the old mailboxes on the wall and love that they have been maintained in favour of something in metal with a larger capacity. Indicentally, “Stop Pub” means no advertising booklets and leaflets. 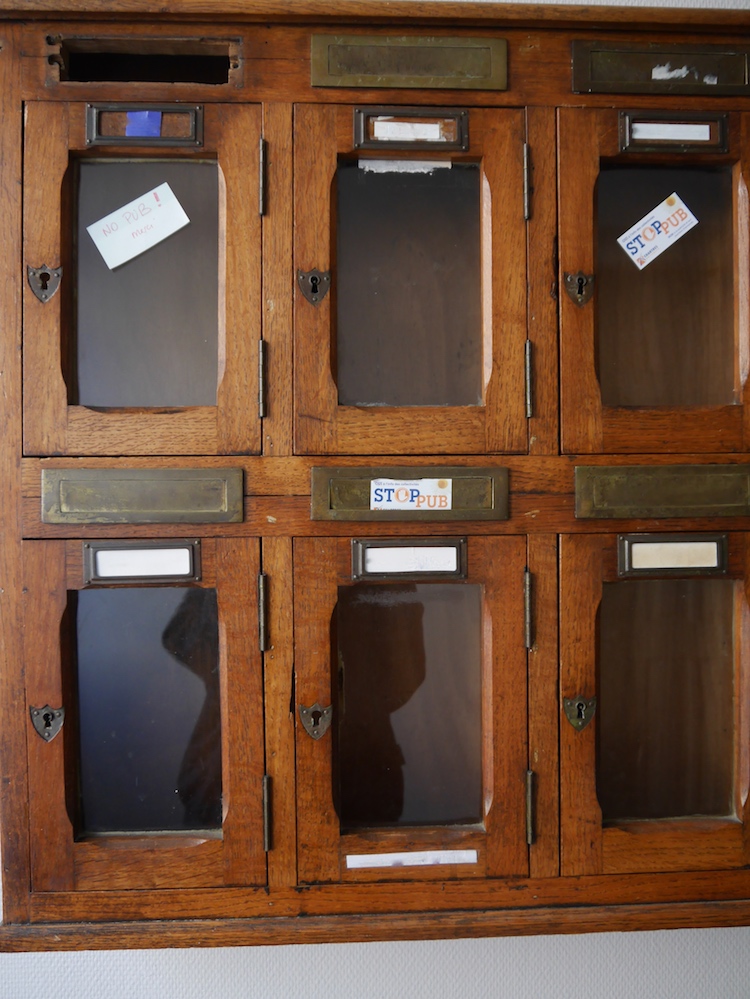 Once out onto the street, the ever imposing cathedral takes centre stage.

But there is plenty more to see in Chartres. Fortunately it was a warm February weekend. A day when lunch could be eaten outdoors and the cafés and restaurants were busy with people enjoying the winter sunshine.

Not surprisingly I had to stop and admire the architecture

and the best way to do this is on foot. Just strolling along the streets, not quite sure where we were heading but not really needing to either. 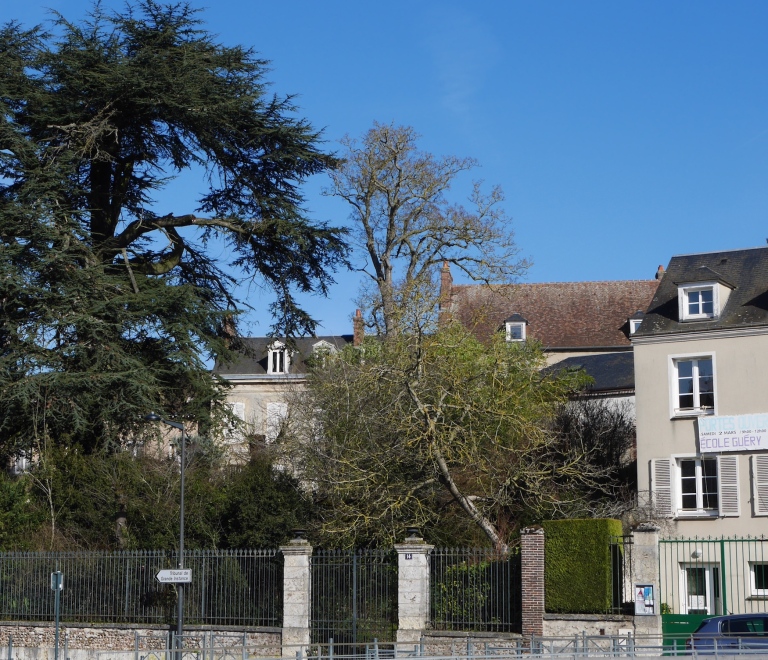 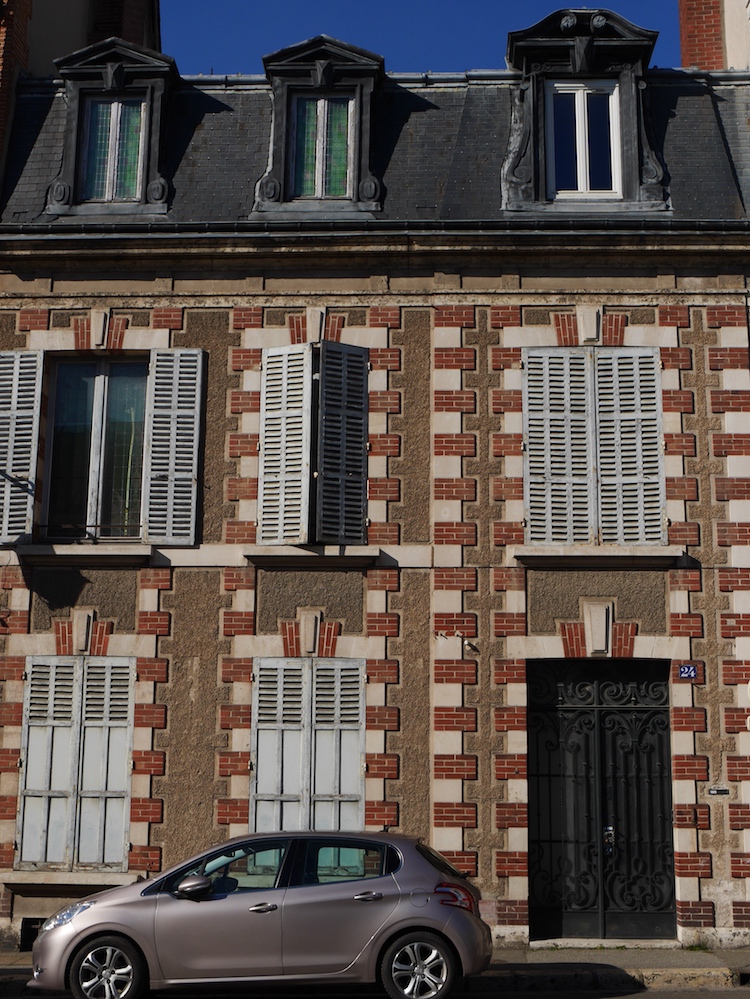 But don’t take my word for it. If you are visiting France and starting your trip in Paris, try and take the time for a day in Chartres, I promise you won’t be disappointed.