EVERY HOLIDAY HAS ITS STORY

We had quite a challenge recently, when friends came to visit us for just over a week from Florida. It was the first time they had been away from the USA and so this was one of those ‘trips of a lifetime’. The big question was, what to do, and where to take them during their 8 days here? They knew they wanted to experience real French life, but they also wanted to make sense of its long history, and see as much as they could about the country.

Had we had a completely free schedule with nothing else to do, we might have crammed a vast amount more into our days, but of course normal life also continued in tandem – Roddy was away on business so I was holding the fort at home by myself; this meant we had to include school-runs, homework, tennis and general ferrying of children to and fro into the routine. Our sightseeing therefore had its boundaries set to coincide with the school timetable.

Of course our friends wanted to visit a château;  luckily the nearby Château de la Roche Courbon is a perfect destination for visitors, come rain or shine. 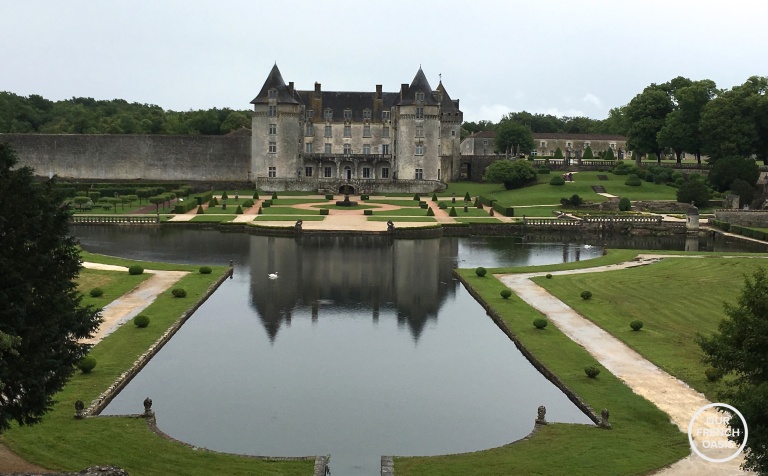 The original château was built around 1475 by Jehan de Latour, on a site which has been inhabited since prehistoric times. 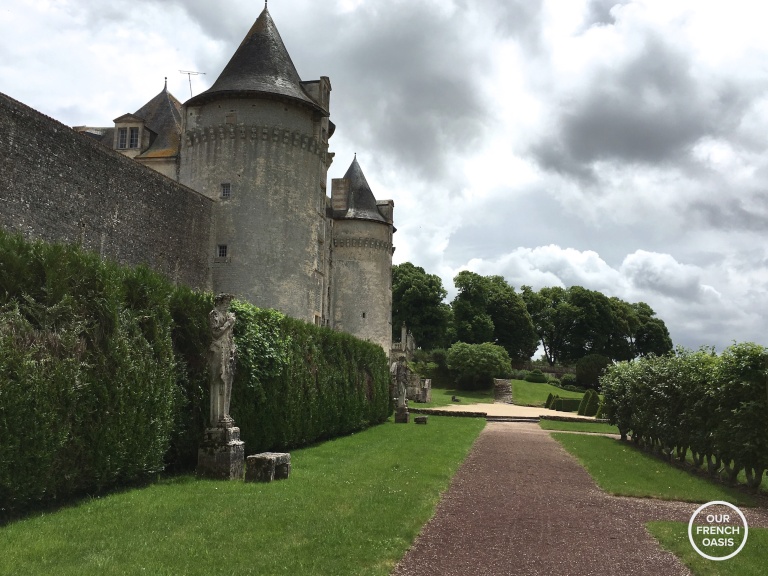 In the 17th century, the Courbon family transformed the original building into a more comfortable residence. More alterations were made in the 18th century, but it was eventually sold in 1817 and then abandoned. The ruin was purchased in 1920 by Paul Chénereau, who restored the château and its gardens, and it is still owned and inhabited by his descendants; now of course it is open to the public but it still retains the feel of an enormous private home with stupendous gardens. 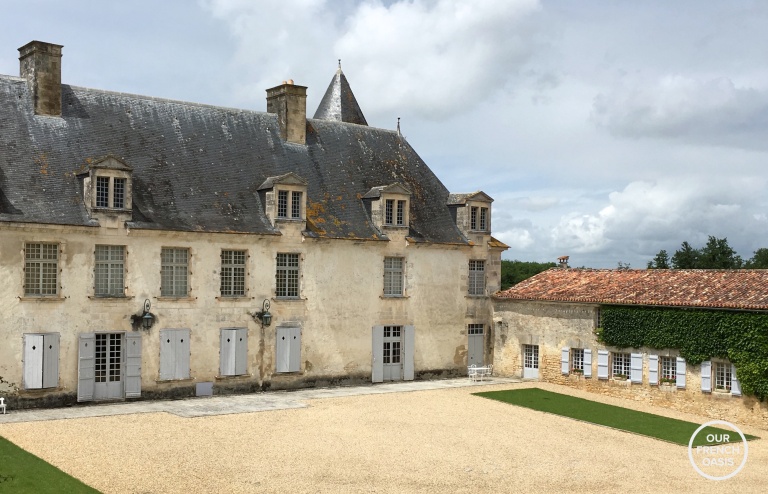 The less than perfect weather when we visited did have its advantages; we were the only people there and we lost ourselves in its perfectly manicured grounds. 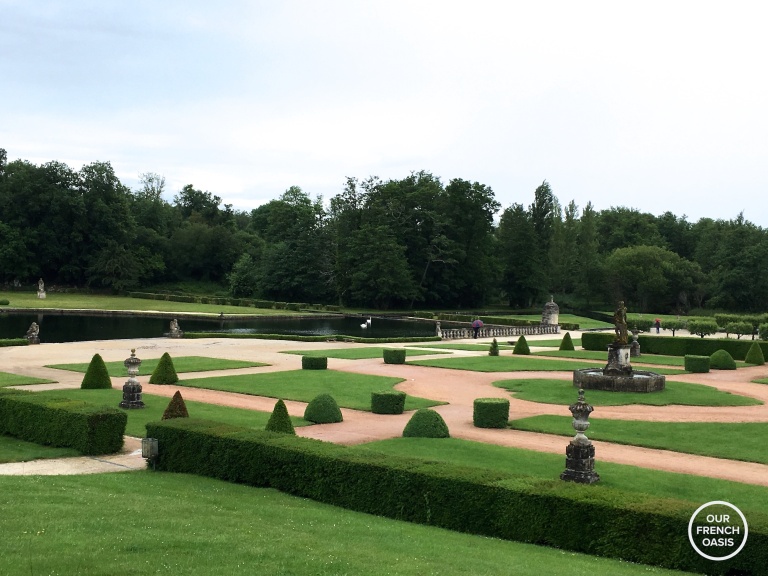 We also had to consider differing ages when deciding what to do, for our group included Millie’s best friend from across the pond; thinking of things that would amuse 16 year-olds as well as adults led us along  a track that took us to a site inhabited by man 50,000 years ago, and it certainly fitted the bill as we giggled and slipped on the muddy path towards the caves.

The Caves of  Bouil Bleu bear witness to human life from the Middle Palaeolithic period. It was Neanderthal Man who lived here in family groups, and they spent their time hunting, fishing and gathering food. The river that runs along the foot of the caves was a watering hole for mammoths, reindeer and cave-bears.

Another huge consideration during the week was the weather. This is normally an everyday topic reserved for the English, for what do we talk about when there is a lull in the conversation, or during an awkward silence, or simply to break the ice? The weather of course. But it had been so out of kilter and abnormal for this time of year that that French had taken it to heart as their favourite subject too, and for a while it was all anyone could discuss, “the weather”! When we left home to visit the Roman Amphitheatre in Saintes it was fine, but as we drove inland towards the city heavy dark skies approached and when the rain started, it hardly ceased whilst we gazed at an arena occupied a thousand years ago by gladiators and wild animals. 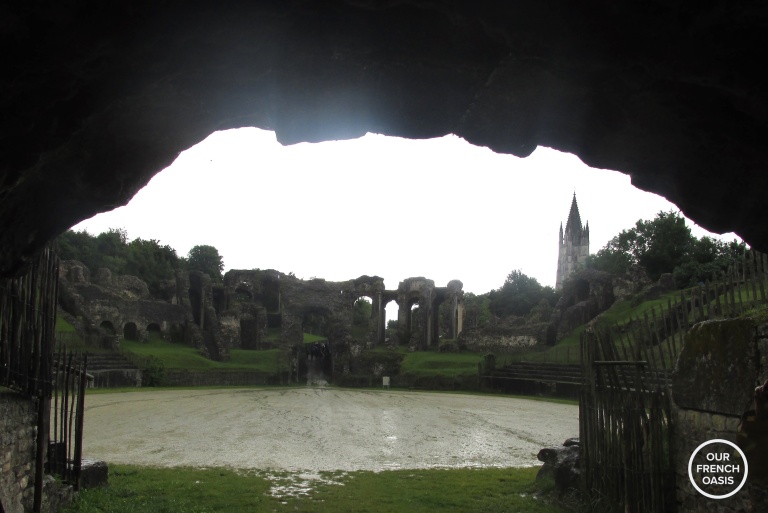 Actually, it wasn’t too bad. Certainly nowhere near as bad as most of the country to the north of us. Of course we had rain; we had some torrential downpours and more than our fair share of grey skies,and during the week we gazed upwards at the heavens so many times our necks became quite stiff. But finally we saw a chink in the heavy clouds; a crack started to appear on day four and as the time wore on it got bigger and bigger until eventually the sky became completely blue.

Finally our friends believed us, that the sun does shine here, and we hadn’t just made it all up. They even accused me good-naturedly of photoshopping images onto the blog and adding blue skies in the place of grey! However the sun really does shine in the Charente Maritime and when we wandered the impossibly pretty streets of Mornac sur Seudre  on Wednesday afternoon when the children were off school, everything started to look like summer again. 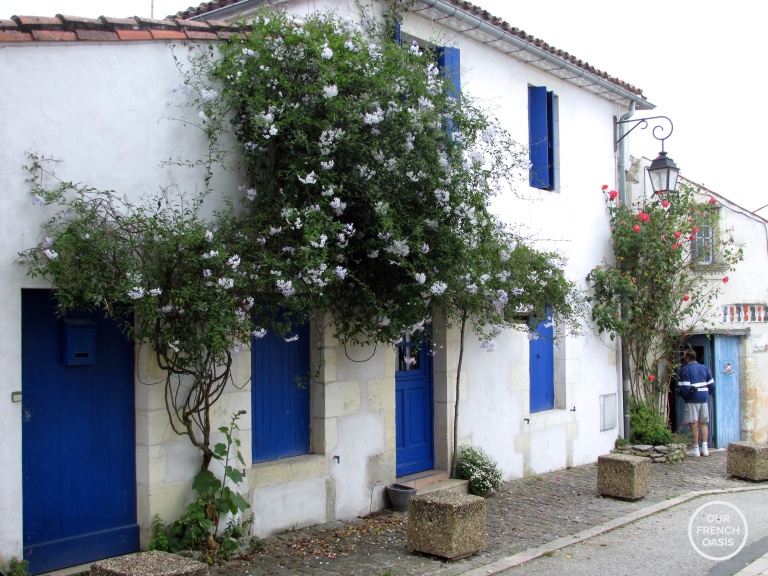 We took them down tiny narrow lanes

and stopped for crêpes at our favourite Crêperie for afternoon goûter 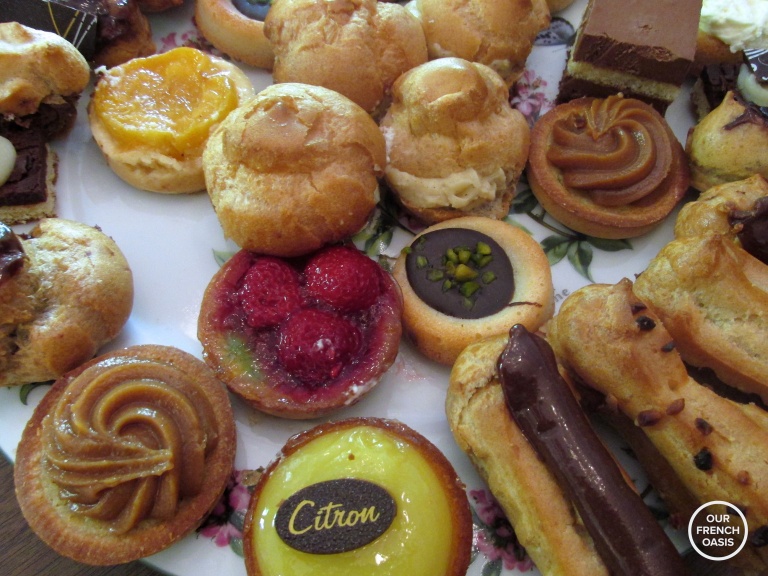 and we went to the beach so they could see the Atlantic from the other side! How many times have they sat on the beach in Florida gazing out to the east towards Europe and here they were staring in the other direction, across the same ocean and the same water but looking westwards instead, towards the USA; the same blue sky but they said the sand was much softer here and the water very much colder!

Millie took over the reins for one day and became the tour guide and photographer in Rochefort as I spent some much needed time working at home. It was market-day, always a great experience for any foreigner.

After lunch in the Place Colbert in the centre of town she took them to the Corderie Royal, built by Louis XIV during the 1600’s so that one continuous length of rope could be made for his ships – the building stands right on the Charente river, so the warships could come directly alongside the quay to load their kilometres of rope. 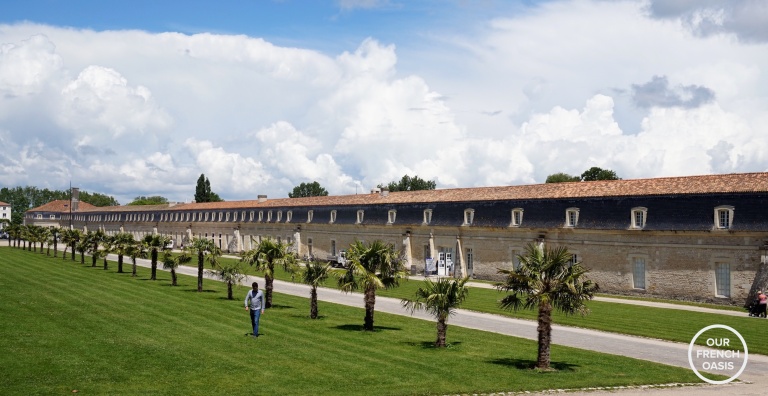 and they spent ages strolling around the traditional French botanic gardens. 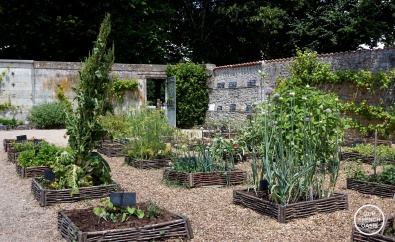 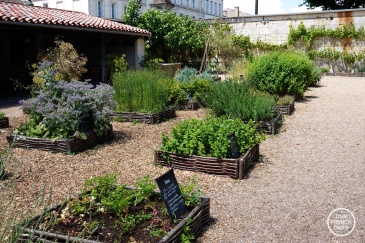 We had lunch in La Rochelle and then walked the ancient streets where we stopped and shopped in Zara; Millie was keen to show her best friend European fashion. 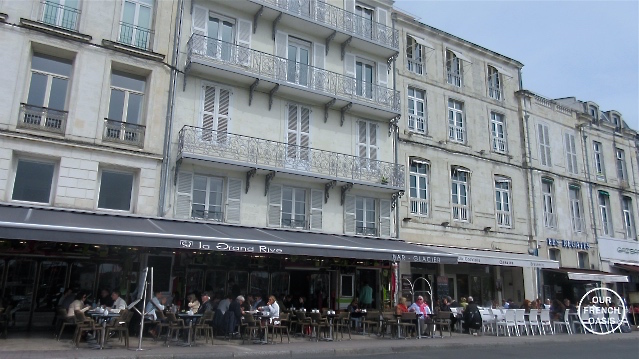 On their last Sunday we took them to the races. Two euros a bet for a win adds to the excitement, and of course we backed “Sir Bentley”; how couldn’t we?  But alas the horse ran rather like his namesake, and perhaps not as fit as he could have been, he slowed rapidly after an initial burst that promised so much!

We didn’t get to any of the Atlantic Islands, nor Royan, and neither did we go further south. We didn’t explore the vast marais or visit Marennes, there is so much more we have to do next time, for I am sure there will be a next time.

Endless sun would have been a bonus, the summer icing on a seasonal cake, but really it didn’t matter; quality time with great friends whom one has not seen for so long is fabulous,  no matter what the weather throws at you.

Cleaning out the potting shed.
The final Days of February
Despite these beautiful sunny days and a real sense of warmth in the air, the evenings are still decidedly chilly, reminding us that winter isn’t quite ready to let us out of her clutches.
Love this time of year, when the blossom is out and spring is in the air
Today is all about this incredible blue sky. The bluest of blue and a very warm 20C to match it😎
Filling window boxes with tulips, dreaming of spring and enjoying the warmth of the fire in the potting shed! Seems like a pretty good way to idle away an hour on a Sunday afternoon😂