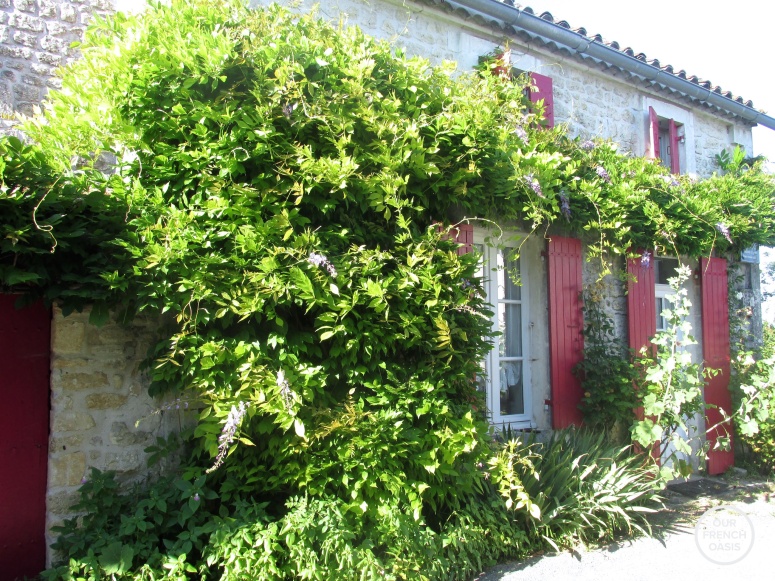 As I sit here writing this post gazing down our long garden, it’s a scene that probably hasn’t changed much in a hundred years. Yet so much could alter today, the day Britain votes to either remain or leave the EU. In London it’s pouring with rain, there are lightning strikes, and storms and flooding have caused travel chaos. Here in the Charente Maritime the hot sun continues to shine, the skies remain resolutely blue, and life continues as normal.

A couple of days ago it was the summer solstice, the longest day of the year. The term ‘solstice’ derives from the Latin word ‘solstitium’, meaning ‘sun standing still’. Some prefer the more teutonic term ‘sunturn’ to descibe the event. Astrologers say the sun seems to ‘stand still’ at the point on the horizon where it appears to rise and set, before moving off in the reverse direction. 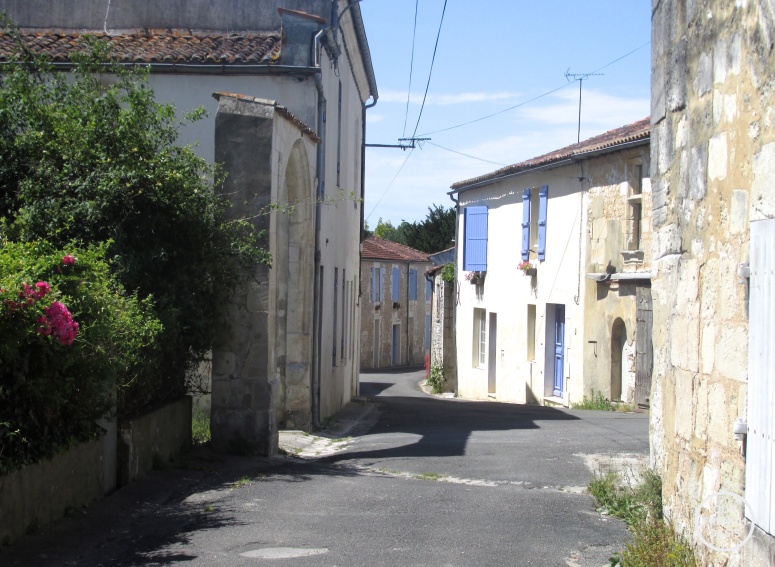 The day marks the ancient middle of summer. It has significance for pagans who have always believed that midsummer day holds a special power. Midsummer’s eve was believed to be a time when the veil between this world and the next is at its thinnest, and when fairies were though to be at their most powerful. With the heat the midsummer sun gave us yesterday, the thermometer rose to 35C (95F) the streets here were near deserted; it was way too hot for walking. 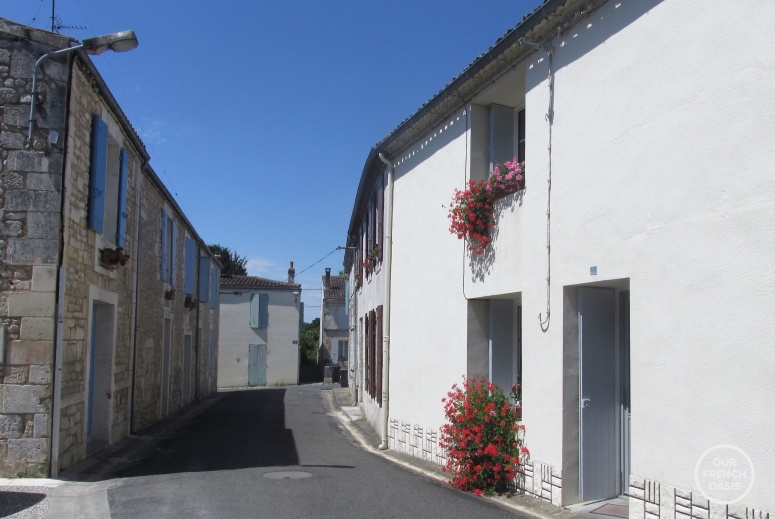 Over the centuries, the June solstice has inspired many festivals and midsummer celebrations involving bonfires, picnics, singing, watching the sun rise and Maypole dancing. In France we celebrate with the Fête de la Musique (Festival of Music) or World Music Day, the concept of an all-day musical celebration on the days of the solstice, which was originated by a French Minister of Culture, Jack Lang. The festival later became celebrated in 120 countries around the world. 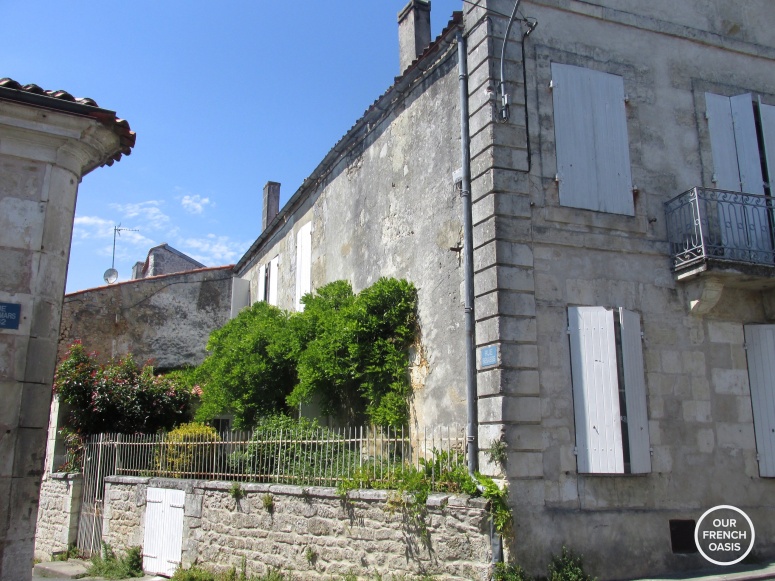 Summer arrived bang on time, as if it were watching the calendar and noting the date. Everywhere surfaces sizzled in the baking sun; wandering through the village yesterday evening the smell of smoke from barbecues filled the air, deck chairs had been hurriedly scrambled from barns, and swimming pools were in constant use. Everyone was making the most of the weather, since it’s been a long time coming this year. 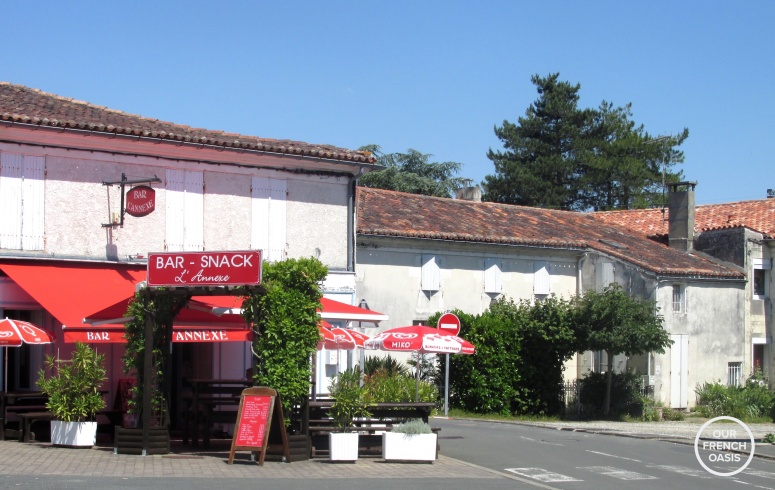 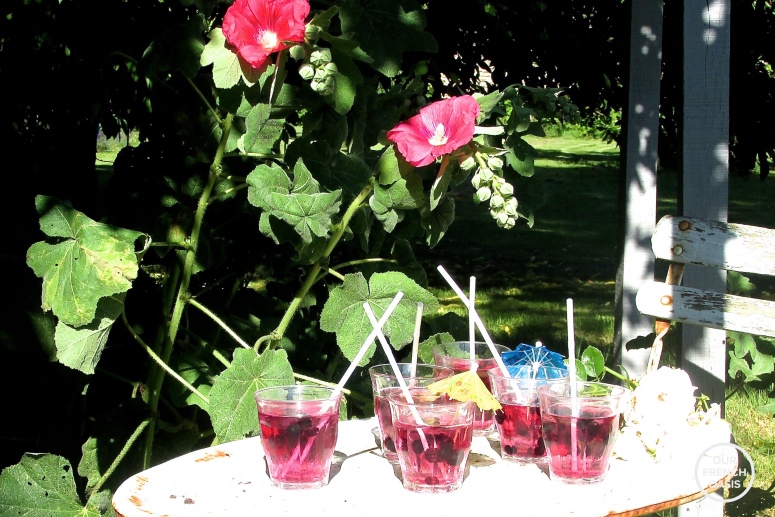 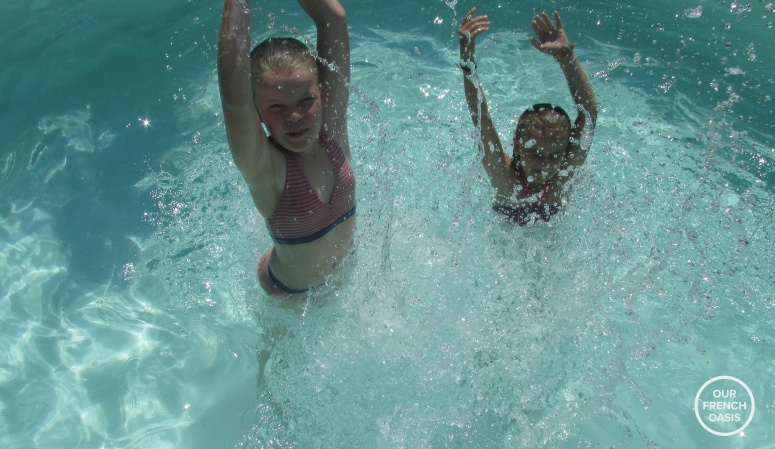 Hollyhocks (Alcea Rosea) grow like weeds in the Charente Maritime, you will see them everywhere you turn, in the middle of towns, growing beside walls, wherever they can find a small patch of soil to take root. They are both rustic and refined and come in an array of colours lasting all summer long. 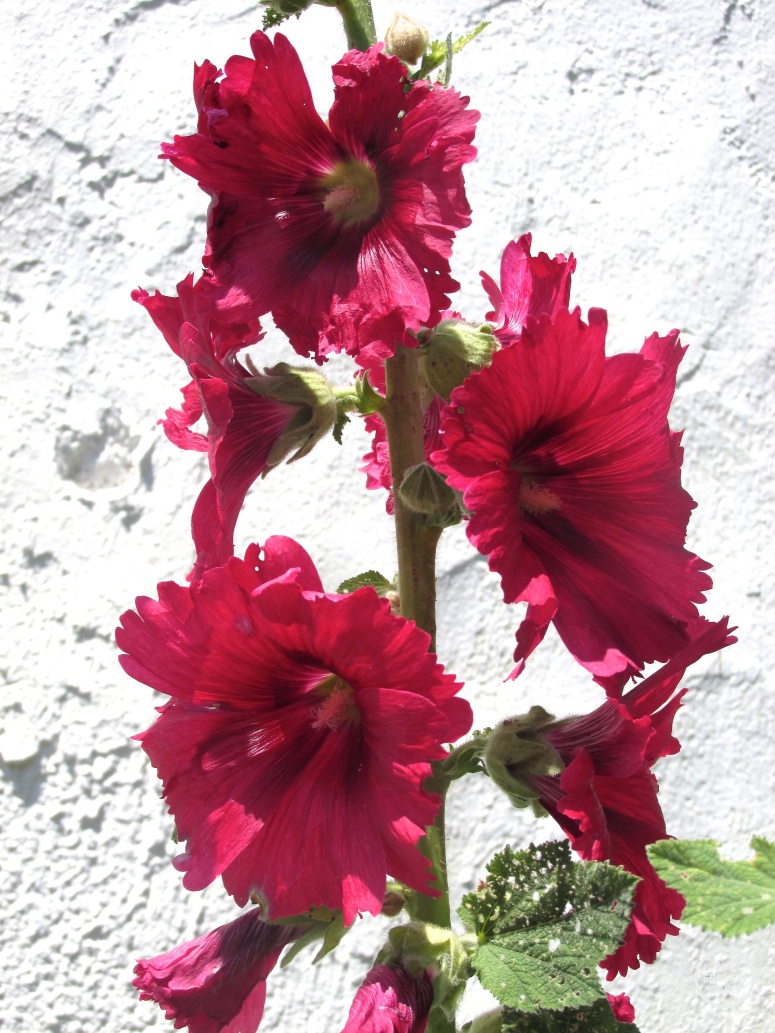 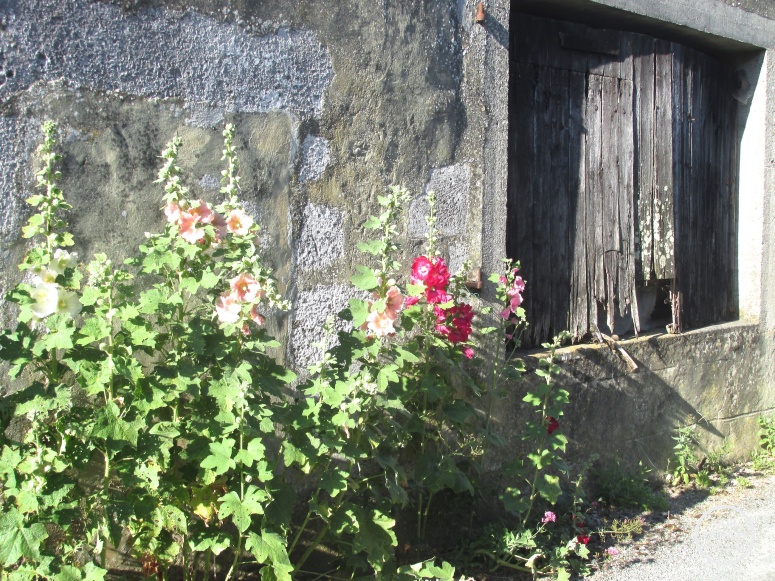 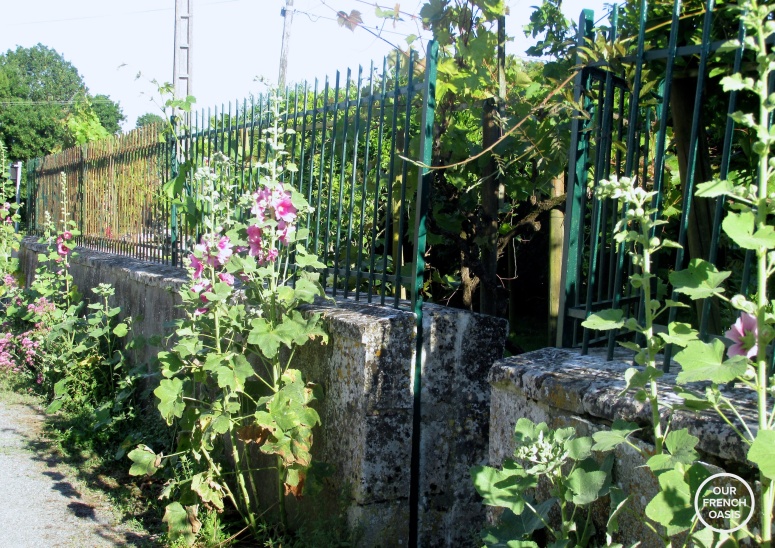 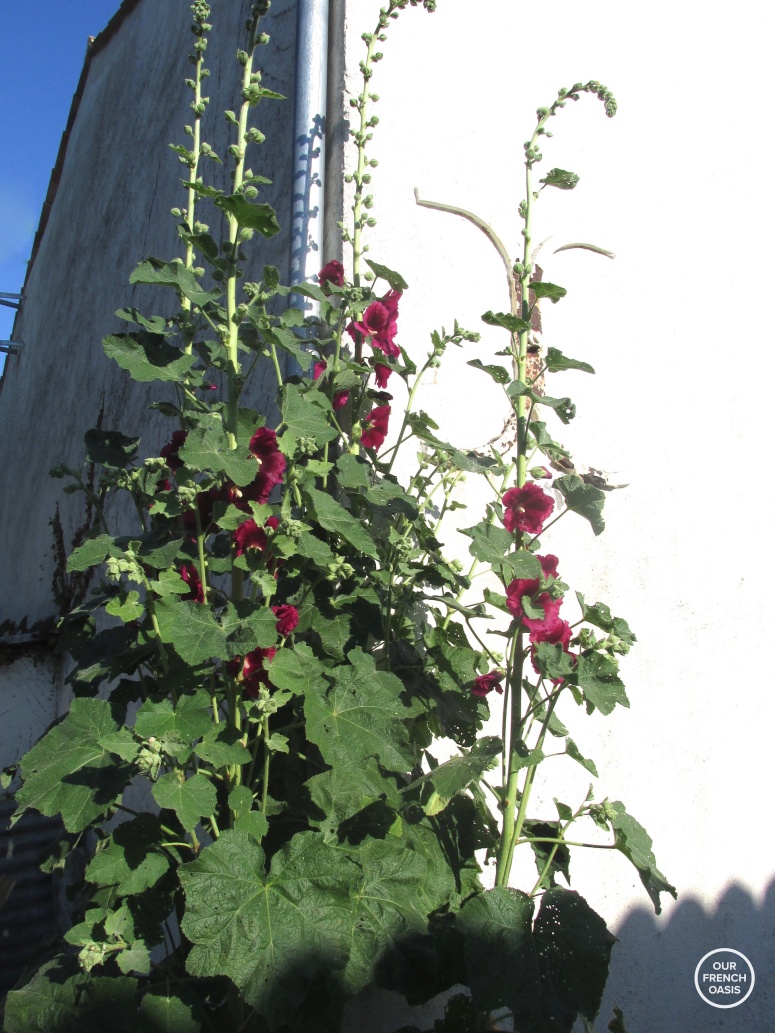 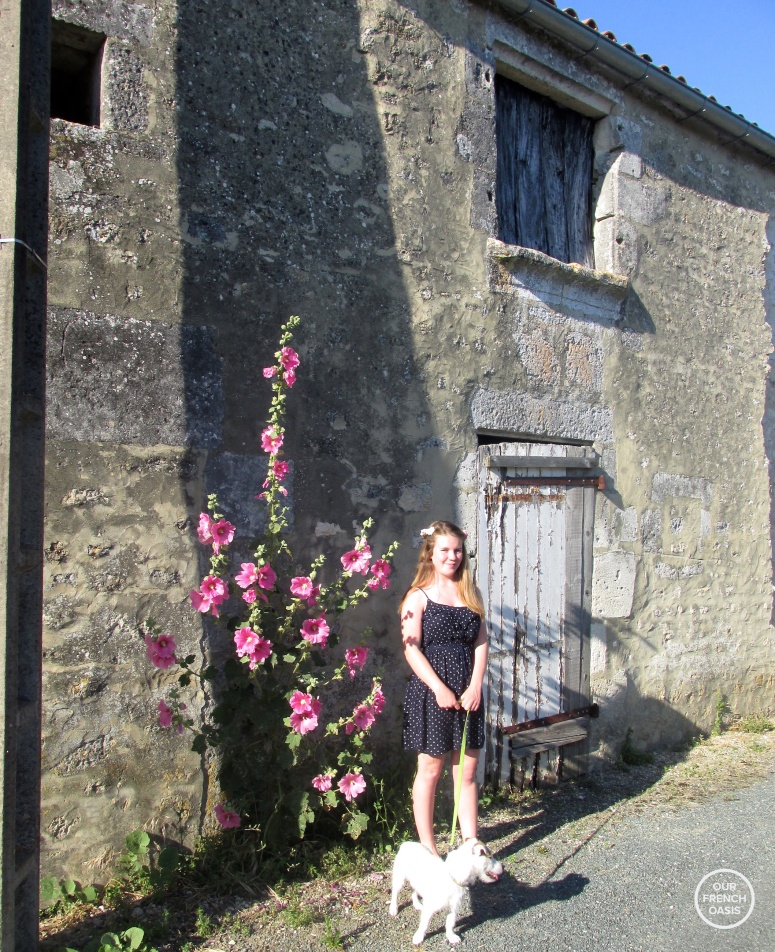 Finally the garden is in full blossom, and even the wisteria is having a second flush of blooms. 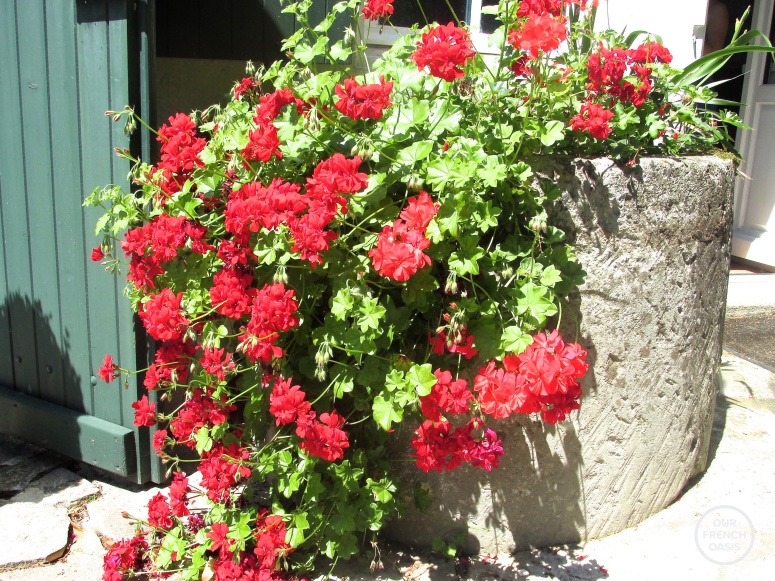 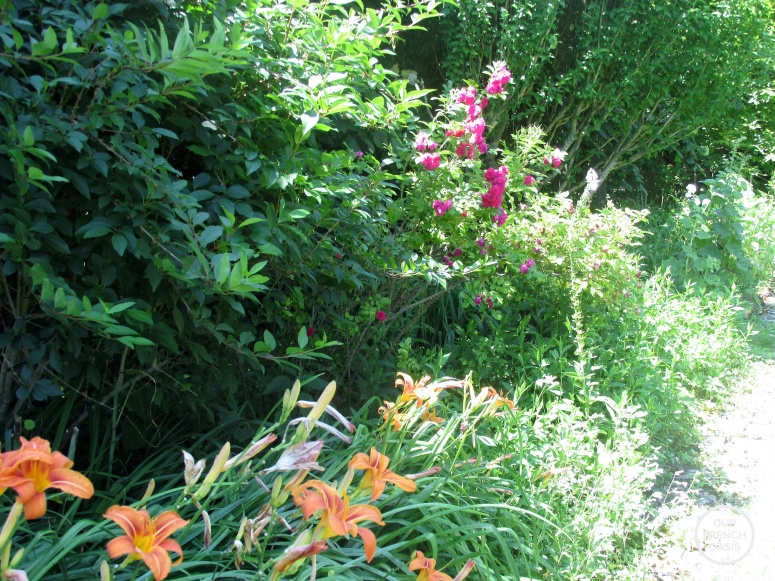 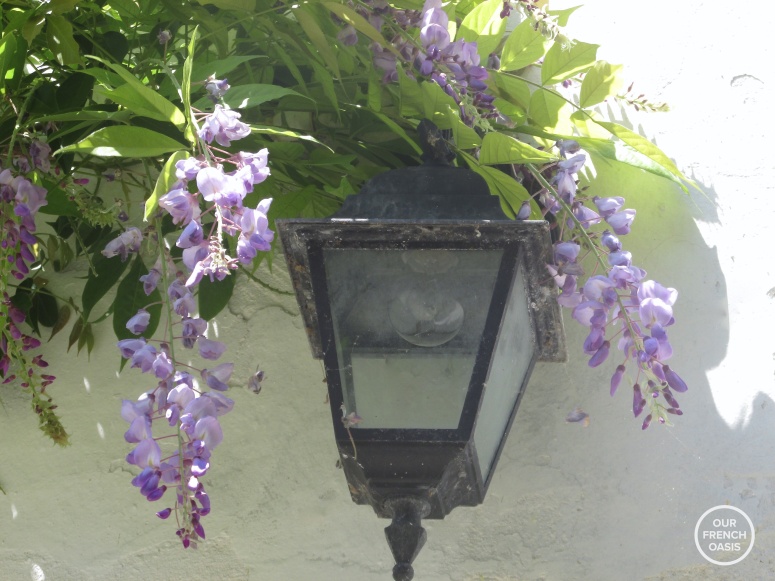 We have our first flower from the lilies in the pond, too, the arrival of which caused an enormous amount of excitement for one small flower! I happily say this because a couple of weeks ago we had seen some plastic ones that looked pretty lifelike in a garden-centre and the children wanted me to buy them; resolutely I said “No, ours will come” and I promised they would – and they have! 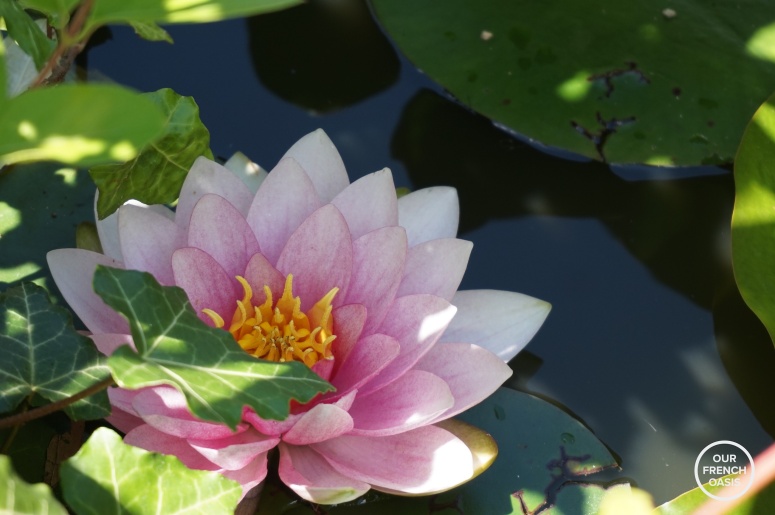 There is always somewhere to find some shade and respite from the heat in our garden and we value enormously our old native trees. 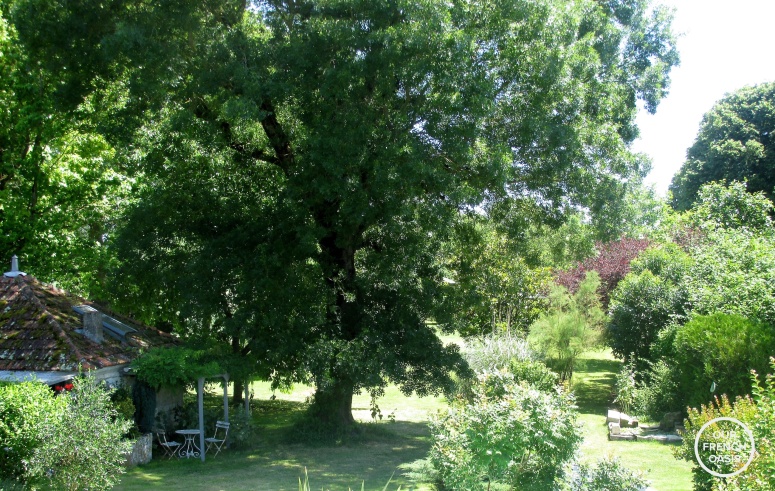 We are eating our own produce at last from the vegetable garden and gorging on red currants from the abundance of bushes we found when we bought the house amongst the roses and day lillies in the flower beds. 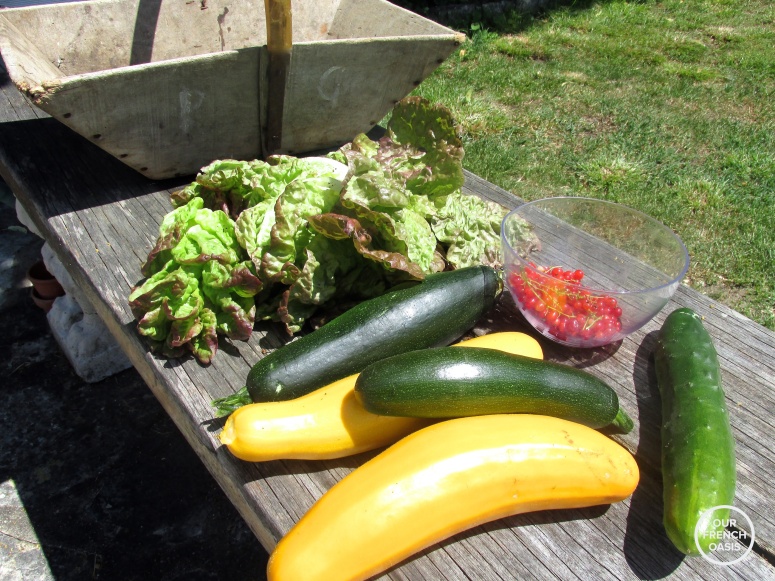 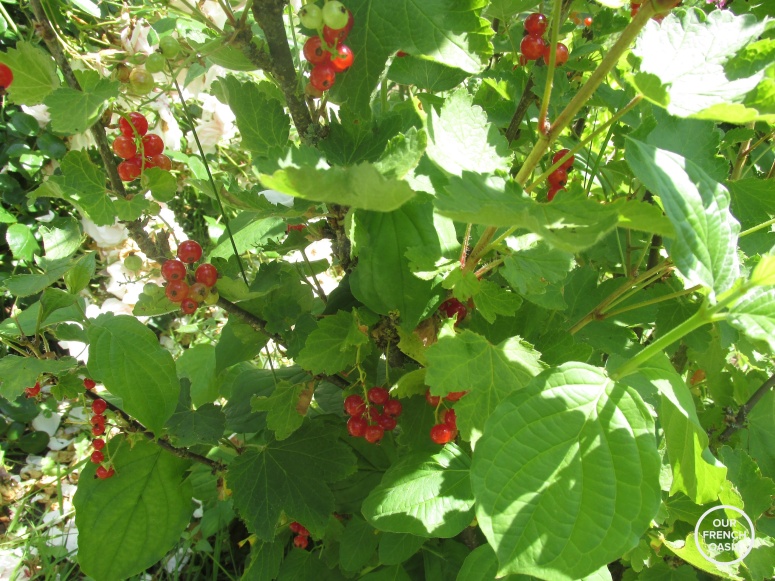 The chicks are three weeks old, still too early to tell if they are girls or boys, but one thing is for sure they are frizzled. More scruffy little beggars, as Roddy likes to call them! You can see how their feathers curl out, I have never seen Frizzle chicks before and they make me giggle whenever I look at them. 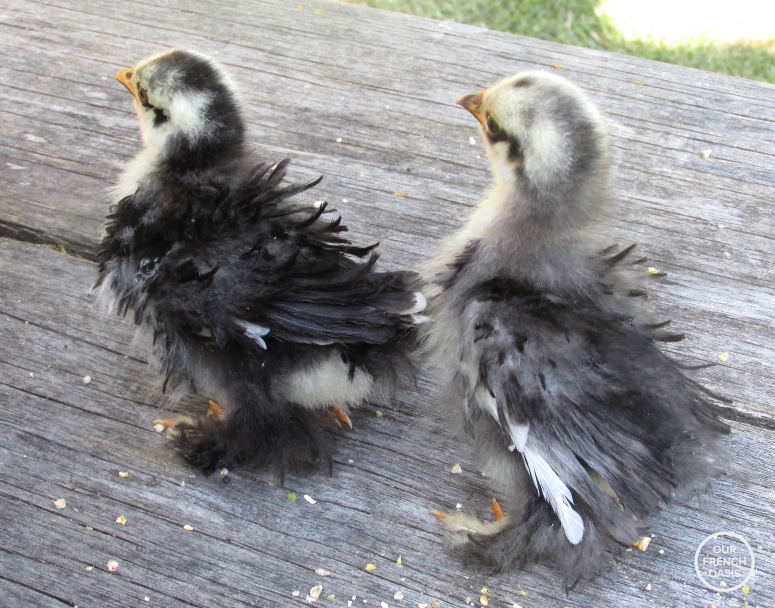 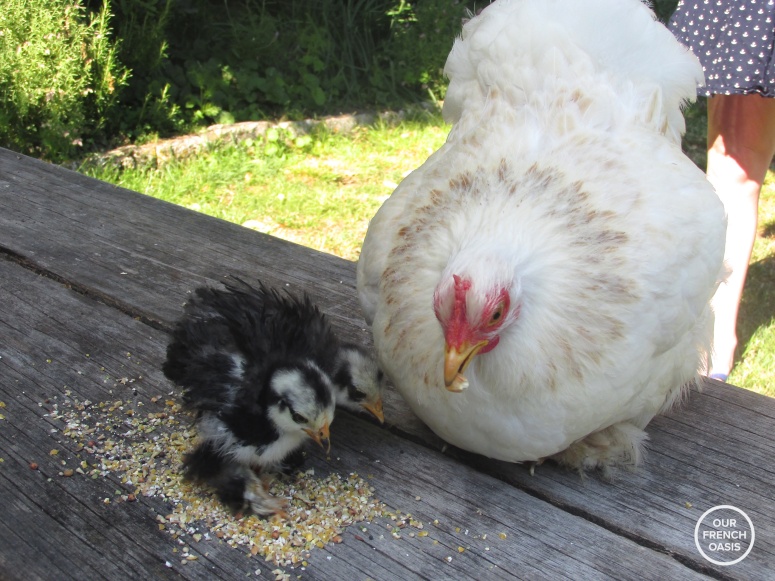 Tomorrow everything could be different, as British citizens living in France we could suddenly find we require visas to live here. It could be another historic day in the history of Europe. But wherever I drive and walk, whenever I see one of the ancient local churches, most of them from the 12th century, I feel a great sense of calm. Step inside and one is immediately put at ease, both mentally, for they are a world away from these troubled times, and also physically, for they offer a great respite from the heat within the thick cool walls. No matter what happens today, the result of the referendum will be but another raindrop on their time scarred walls. 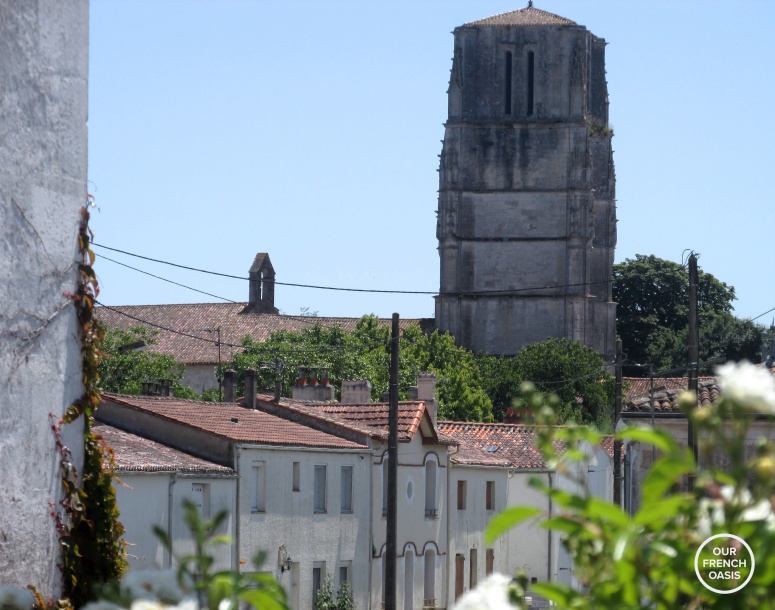 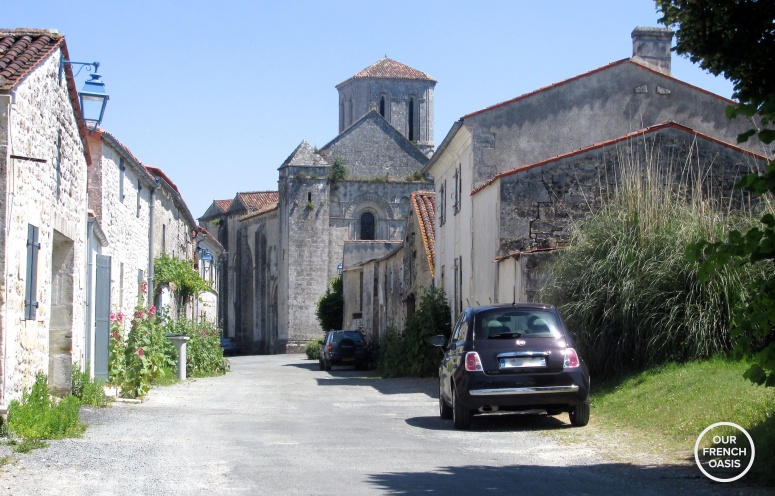