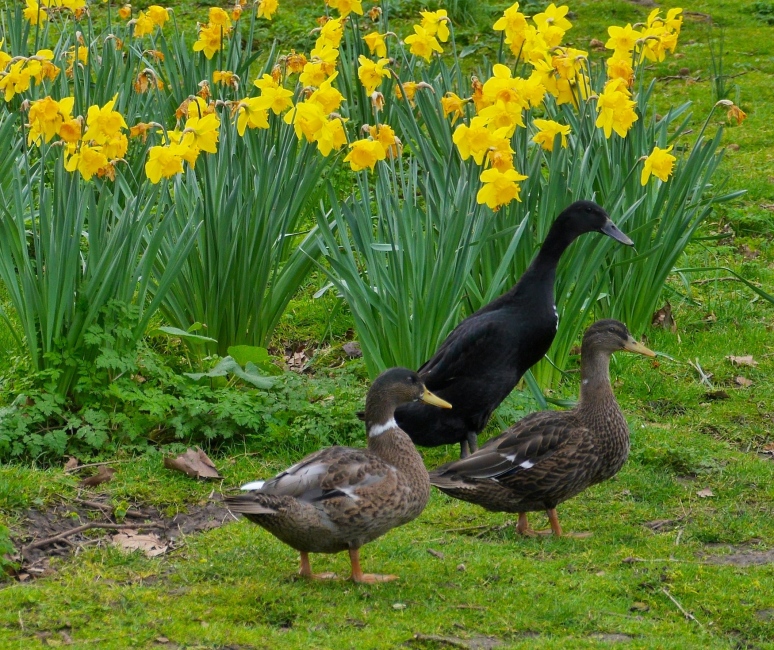 Spring always knocks on the door relatively early here. Thankfully our winters are traditionally short and mild. Cold enough that we need a good sturdy winter coat and certainly appreciate the warmth of the fire, the crackling of logs and a hearty soup. But normally it does not outstay its welcome. By February the garden starts to take up more and more of my daily thoughts.

Frosts are somewhat rare in our neck of the woods. Each winter we’ll get one or two, rarely serious enough to do any damage. In six years I’ve wrapped the lemon trees twice in winter fleece. But and there is always a but, we have to be cautious. Two years ago the temperature plummeted at the end of March, snow was forecast and indeed snow fell, blanketing the entire region in a carpet of white. It was magical, so rarely seen here, a once in a decade occurrence. We threw snowballs and breathed in the frozen silence which surrounded us. But it had its consequences, the freezing conditions caused havoc amongst the local vineyards. We were spared that disaster, our vines produced as normal but we had no plums or cherries. Our lemons and lime tree survived but again took a whole year to recover and produced no fruit for 12 months.

It’s always a worry, no matter how much we cherish these mild pre-spring days. Its warm enough to be outside without a coat sometimes and all around things are changing, flowers and blooms emerging on a daily basis. We can get to work in earnest. But we do have to keep one eye on the weather, another freak cold snap would cause havoc. 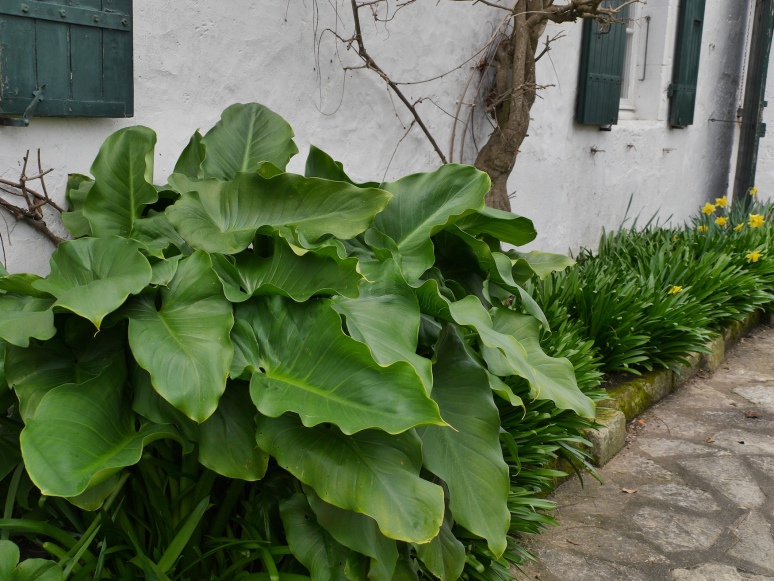 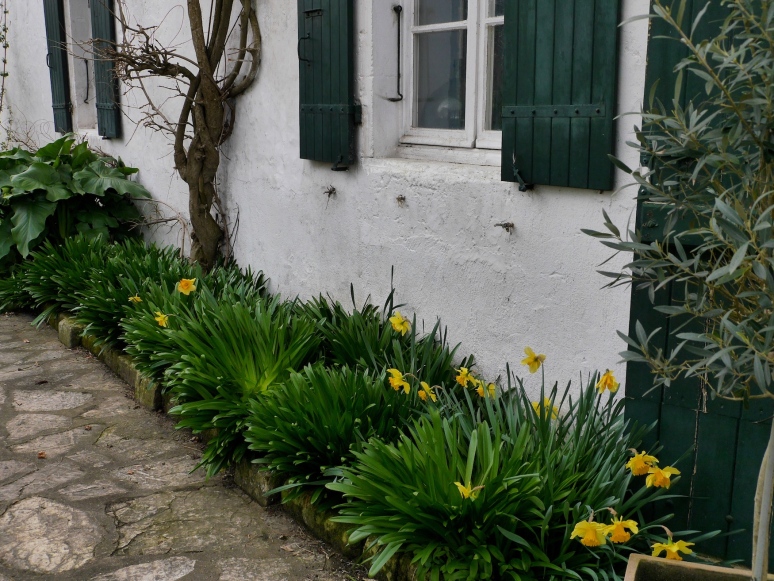 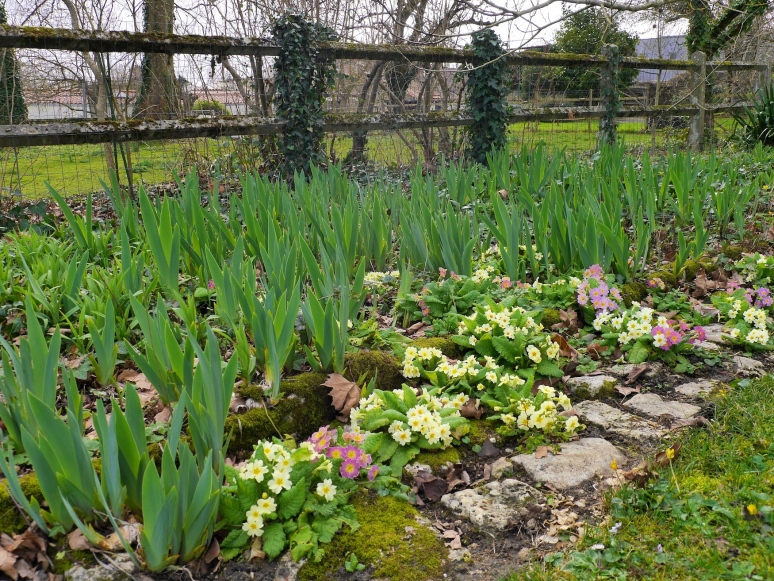 However, this winter although one of the mildest on record is also the wettest since records began with horrendous flooding in places. Locally the ground is still waterlogged in many places although thankfully in our garden the drainage is good and I’ve been able to start working on the borders. The weeds seem to grow all winter. 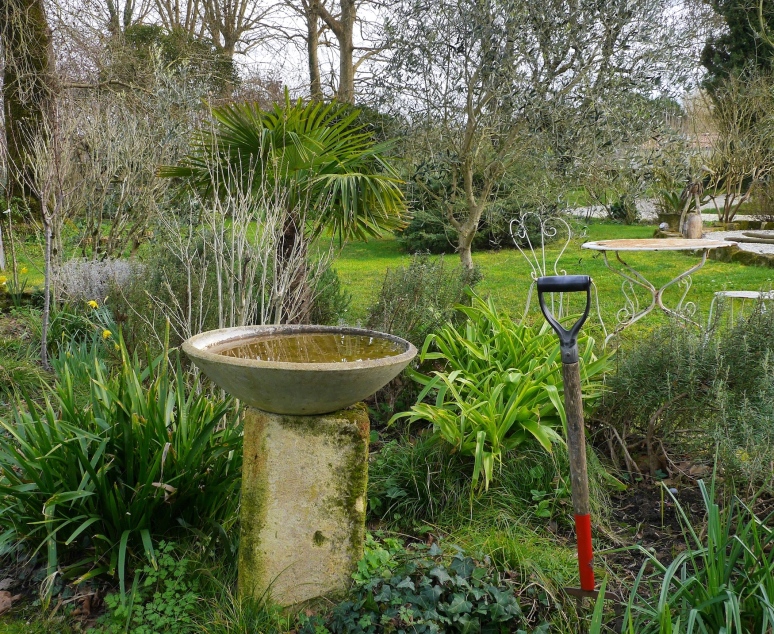 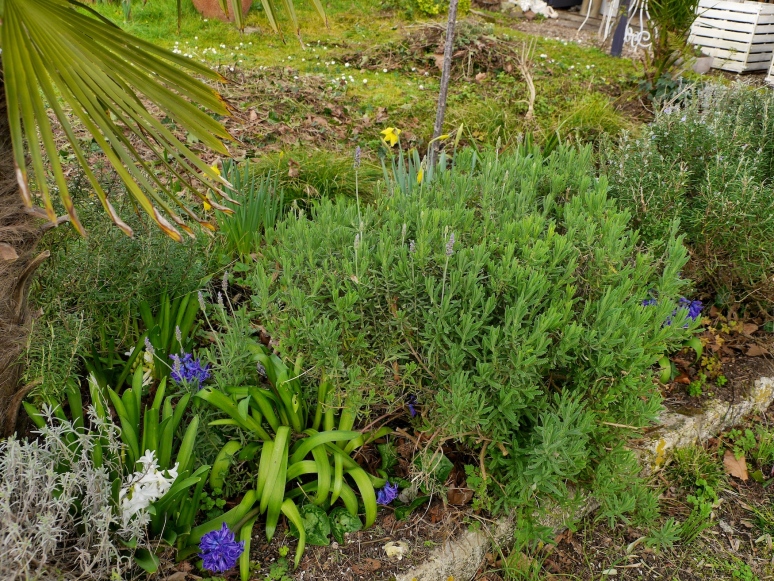 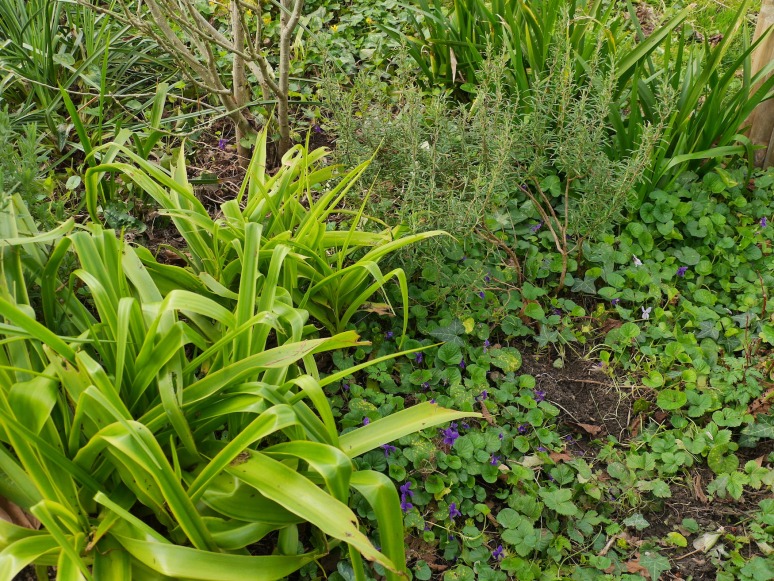 The vegetable garden is next on the agenda, right now it is a general mess. I’ve cut back the autumn raspberries and given them a good mulch. The leeks are looking good and will soon be ready to harvest. The rest, well lets just say there’s a lot of work needed!

Impatient to get going I’ve planted a few tomato seeds, working in the potting shed in the evenings with the warmth taking the chill out of the air. 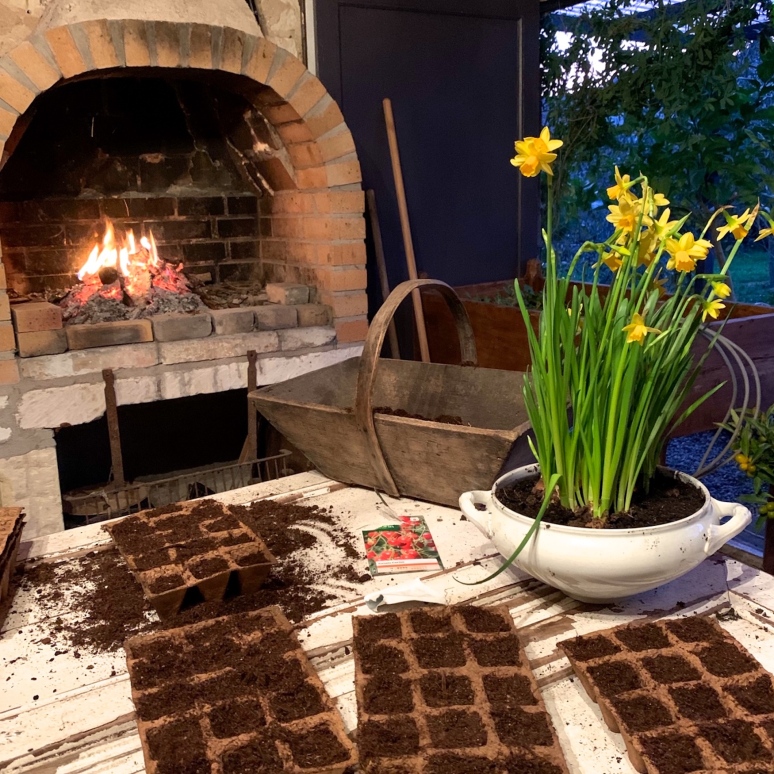 Now sadly it’s time to start dead heading daffodils already, how quickly they come and fast they seem to fade. I planted these bulbs when we first bought the house in a scrappy piece of the garden that had been used for a bonfire. Now it is a part of the chicken garden. It makes me smile to see the girls mingle amongst the flowers every spring. 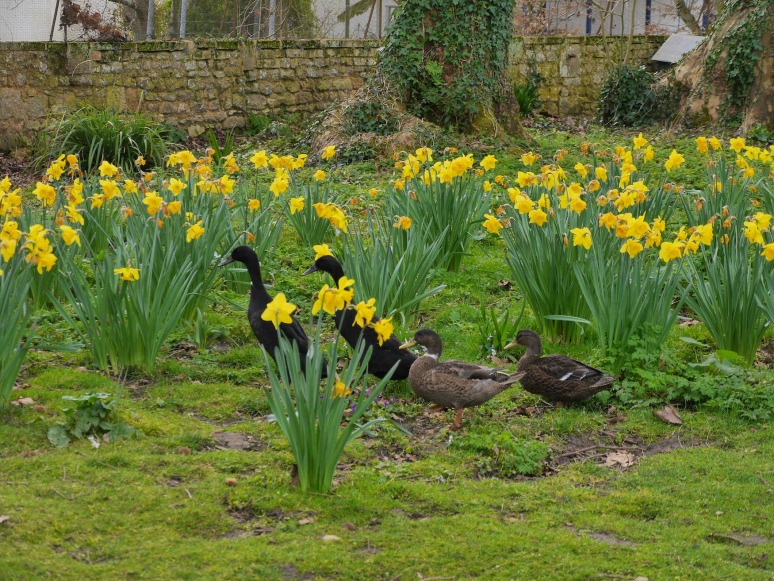 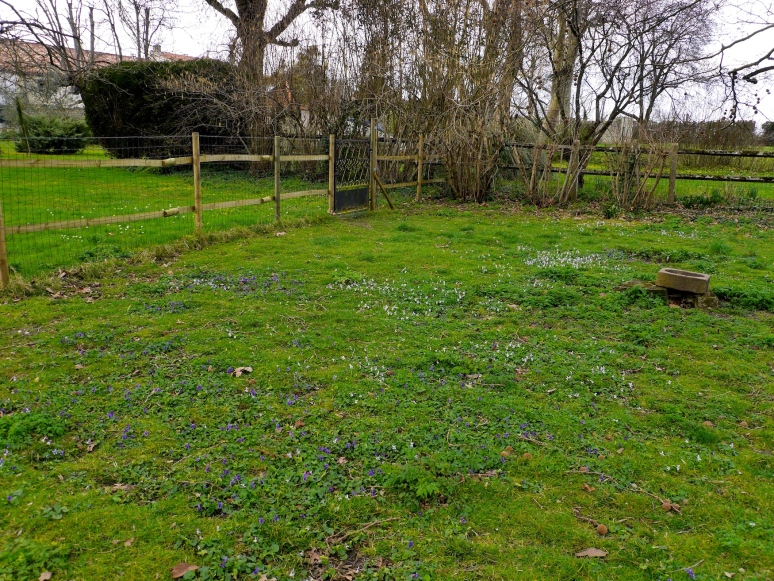 And blossom is appearing in every corner, not just in our garden, but alongside roads and in villages, in varying shades of pinks and whites. A constant cheerful reminder that spring is well and truly on her way. 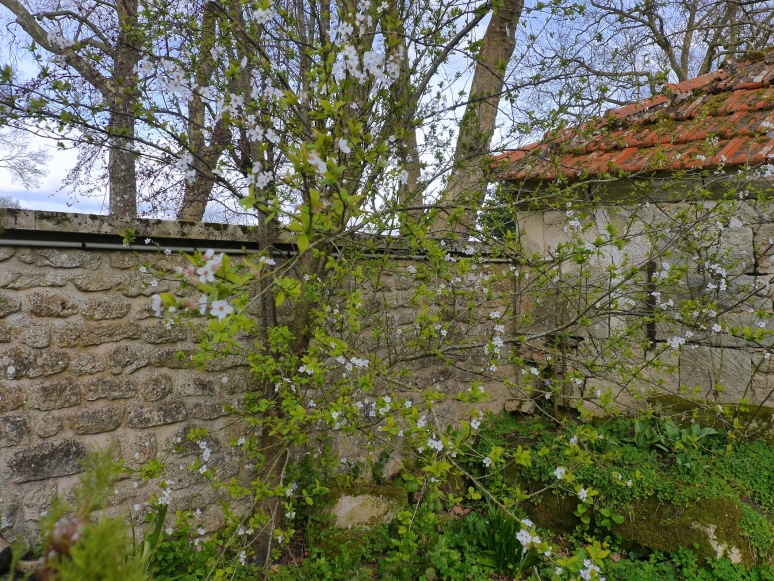 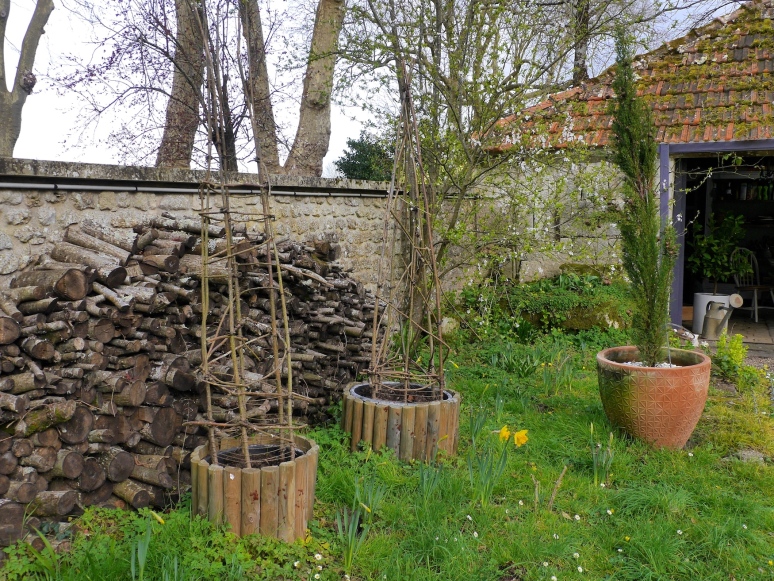 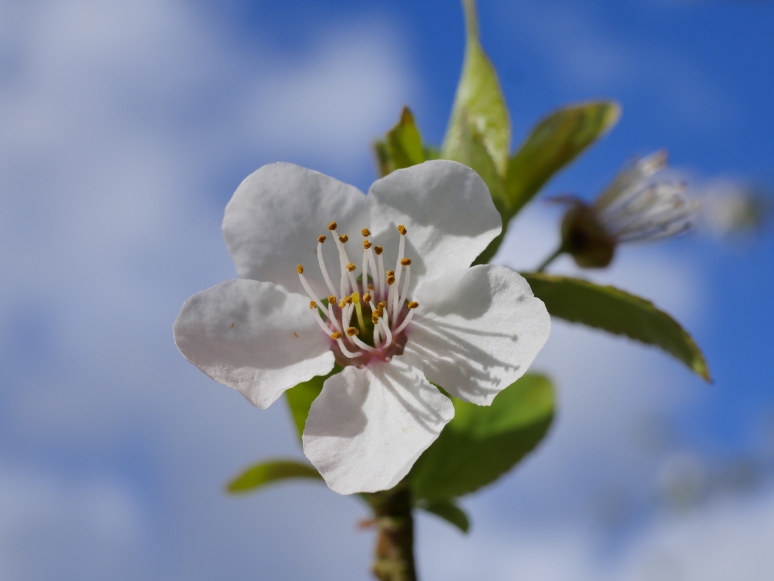 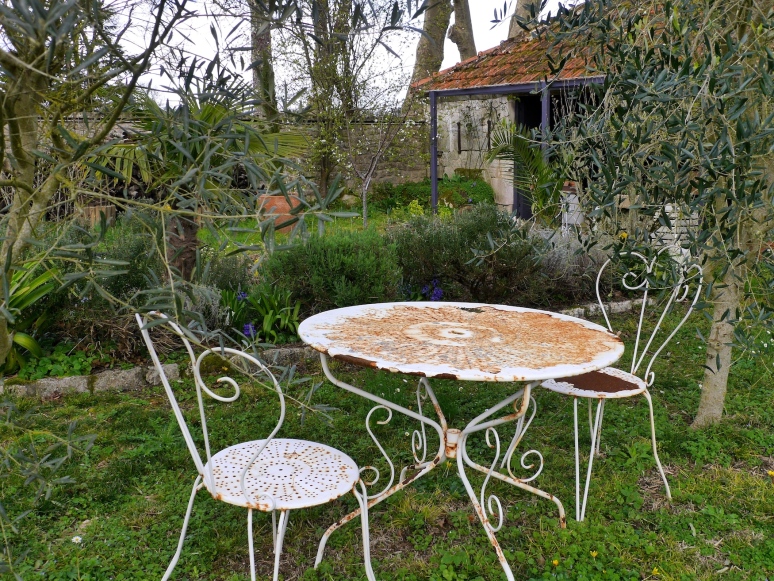 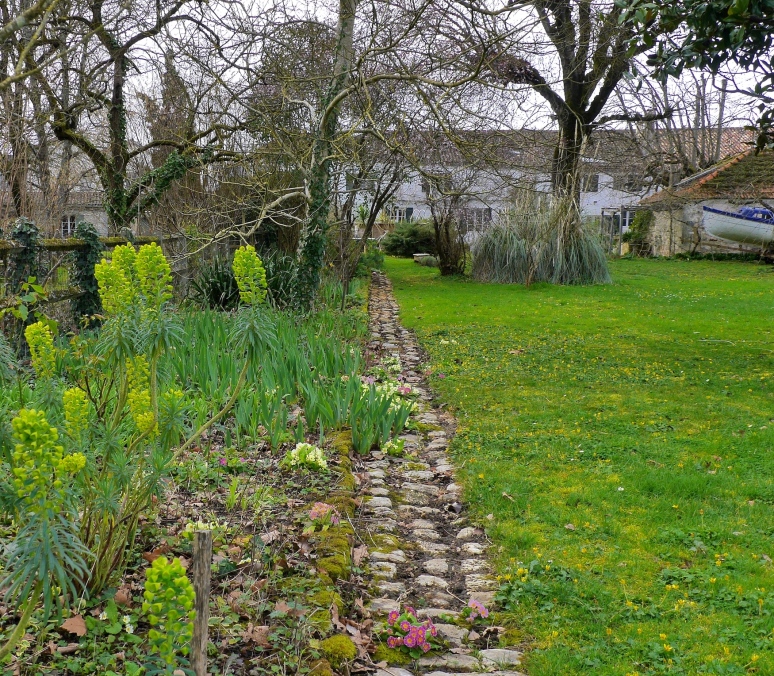 The potting shed is about to get very busy, I’m filling seed trays, moving them into the sunshine on warm days, planning and planting. If I have an hour to spare it’s where you’ll find me. This was once the laundry room for the house. Now it has another use and it is one of my favourite parts of the property. 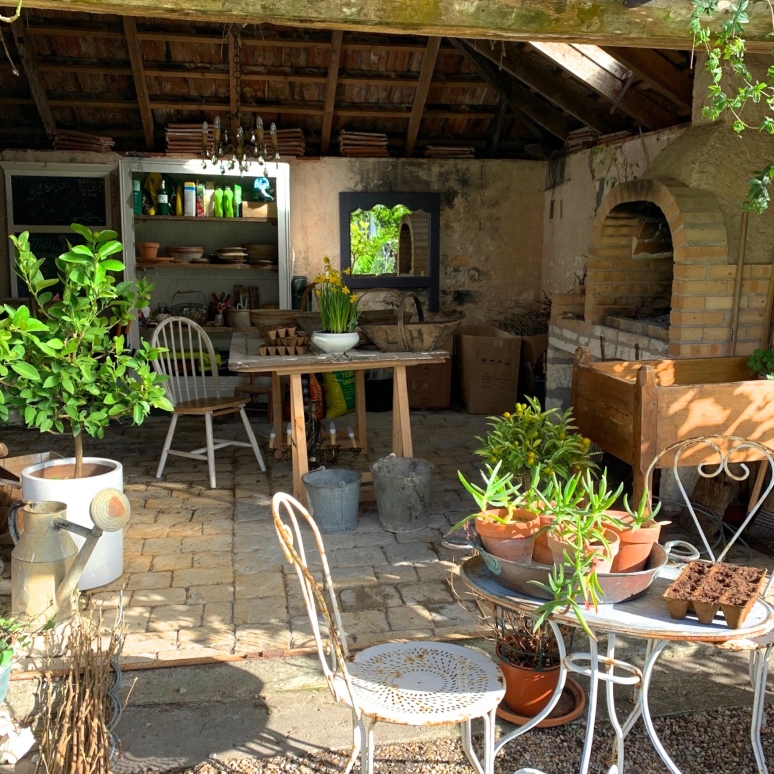 47 thoughts on “The Pre-Spring Garden”