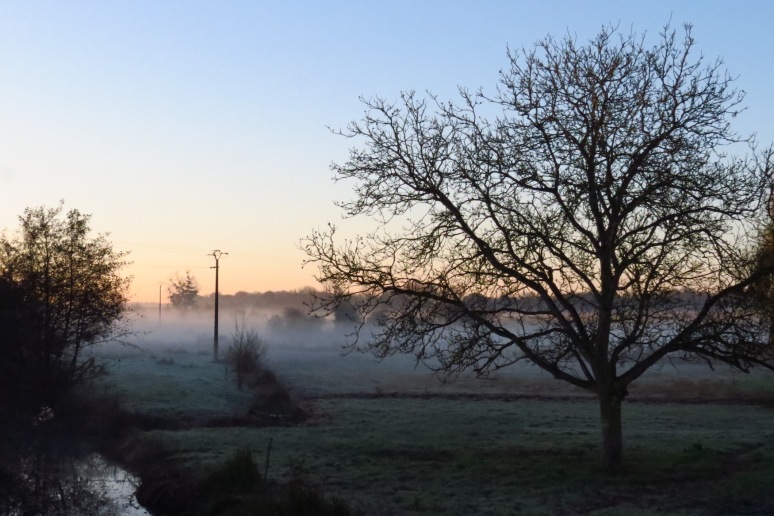 I’m a little bit all over the place with this post today. Until I started writing I had no organised theme and no pressing subject. I had just snapped away with my camera all week. This would be our life in the Charente Maritime in the depths of winter as seen through my lens.

I had quite a few little stories that I wanted to tell you. I thought there was nothing that really linked one thing to another, but as I started to type it all came together, one thing led to the next and I realised that often things have more in common than we think.

We’ve had really good news on the animal front, both two legged and four legged. Bentley, our dear beloved Jack Russell has now reached senior status. In fact he’s actually a confirmed Old Aged Pensioner, but don’t let him hear me telling you that, he’d never admit it and certainly doesn’t act like he’s anything but a sprightly young thing. 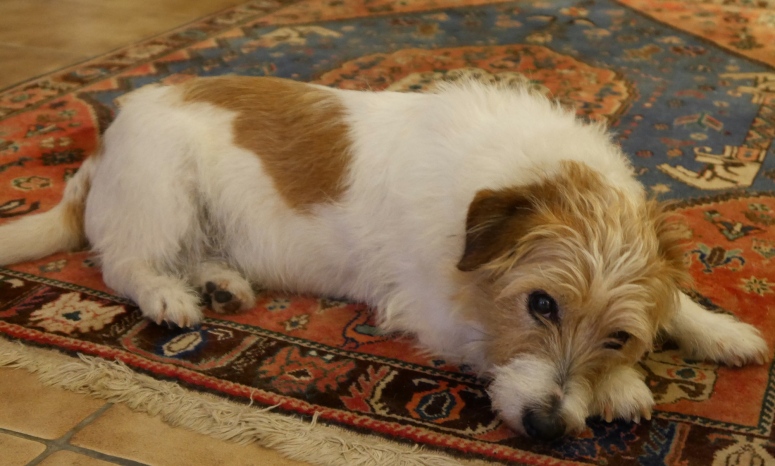 He can be just a touch stiff when he jumps off the sofa in the sitting room first thing in the morning, but other than that he’s in pretty good shape. These circumstances have been helped immensely by his mammoth diet; it has taken a year to reach our goal, but he has lost a lot of weight and looks incredible. So much so that this week he had a veterinary appointment for plaque-removal. This is very normal for dogs of his age and also sadly it meant it was necessary for him to have a general anaesthetic to make this possible. Because of his age he had to have blood tests in advance to confirm he was healthy enough to be put to sleep for an hour or more. We left him at 9am and picked him up at 6pm last Wednesday. He had to have one wobbly tooth removed and another had an infection so he has 8 days of antibiotics. But the best news, the vet looked at all of his tests and gave him a thorough once over and confirmed that he is in truly incredible condition for an elderly (I’m whispering it) boy. Indeed everything pointed far more to a chap half his age in the prime of his life. I cannot stop grinning, we are all so so happy. 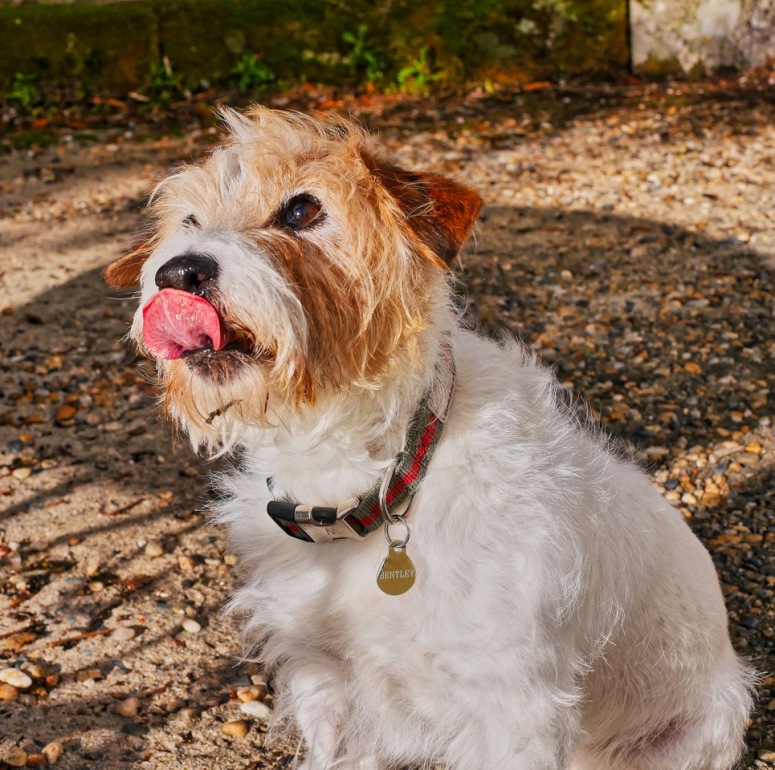 Next are our two legged friends, there is good news and bad news. The good news is we have won the war of the dreaded red mites – at least for the time being, although we shall certainly be on our guard come spring and the warmer weather. We didn’t lose any chickens and they are all now back in fine health and despite it being cold, wet and wintry, they are laying prolifically. Very happy with our girls! The bad news is that we’re all rather unhappy that we did not get to see Roddy run around the garden half-naked again….. 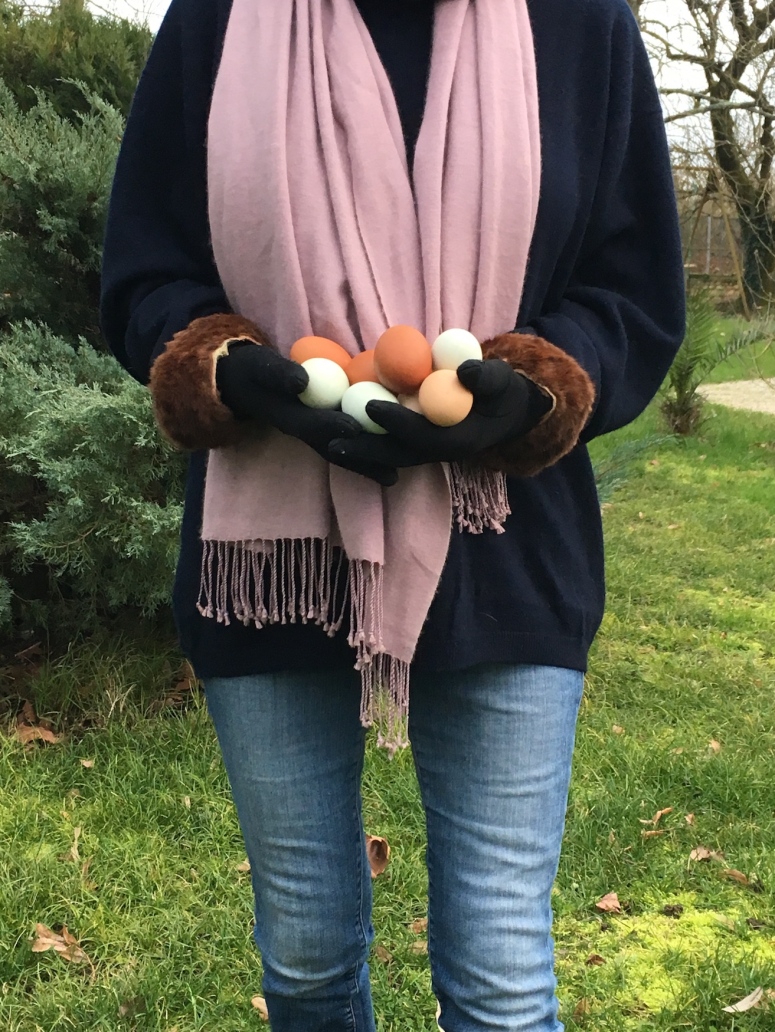 This leads me onto nature and paint colours. So I suppose there is some sort of link to things after all! Our gîte is about to get a little refurbishment, nothing major but some gentle refreshing before the spring. Part of that involves painting the kitchen cabinets. We had narrowed our choice down to three colours and ordered sample pots. They arrived and I painted a white board so we could view them at length in different lights. We have to take into account the traditional red tiled floor and also the old marble worktops. As I painted my possibilities standing at our kitchen table I noticed our bowl of eggs. It really confirmed how we can take our inspiration from nature. Here was a bowl with blue eggs, the colour we loved the most for the cabinets, the chestnut brown eggs match those of the tiles on the floor and the beige and whites mimic the marble counters. Our colour choices would be working identically alongside what is produced right outside the window. 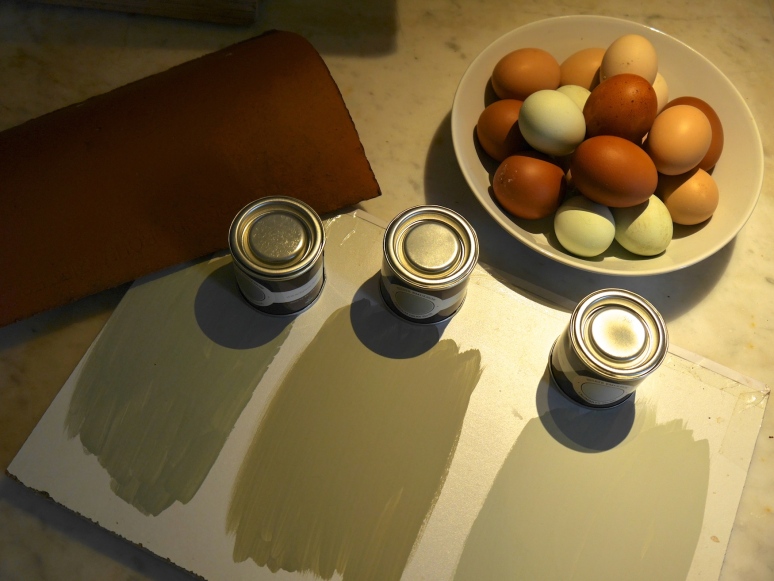 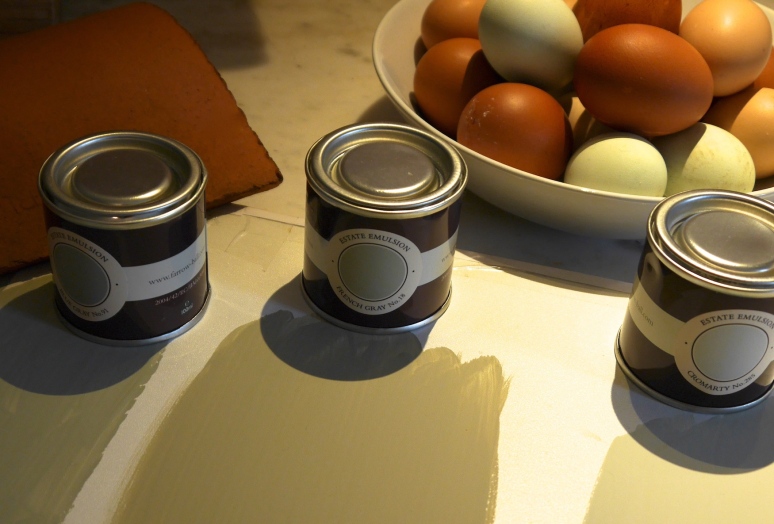 Continuing with the theme of looking around us, I love this old cottage, calling out for someone to bring it back to life once more. 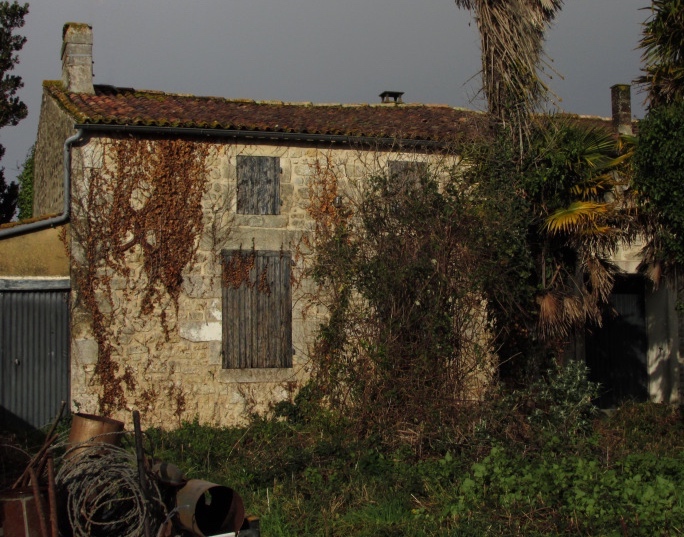 And I came across this building, also apparently un-occupied. I have never noticed it before, even though it is in the nearby town of Port l’Abbe. It just shows take one turn in the car out of the ordinary and a whole new world opens up in front of us. 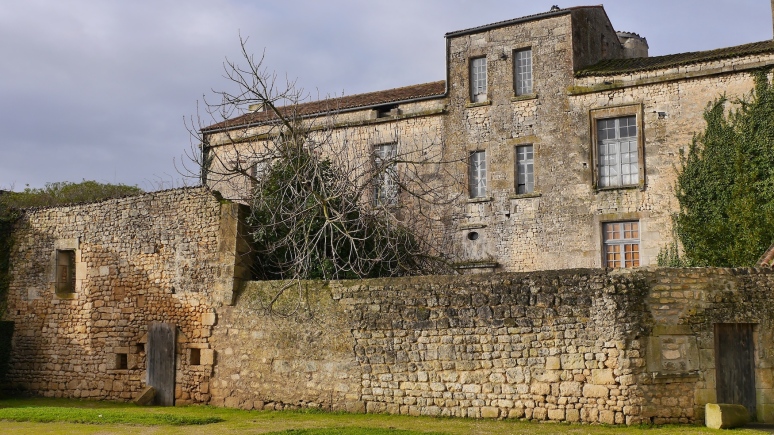 Another cute little home has been lovingly restored over several years, we have watched its progress at odd intervals and it now seems to be complete. I love how they have used recycled shutters, although I am wondering if the boarding on the base of the door means that they will be changing this. 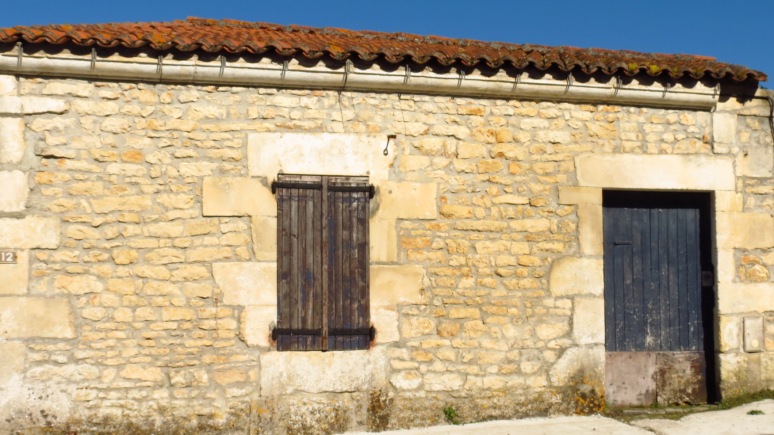 Another little find this week, a covered outdoor well with several stone tubs which would undoubtedly have been where the laundry was done in times gone by. A luxury for a private home to have their own facilities rather than having to go to the communal wash house. 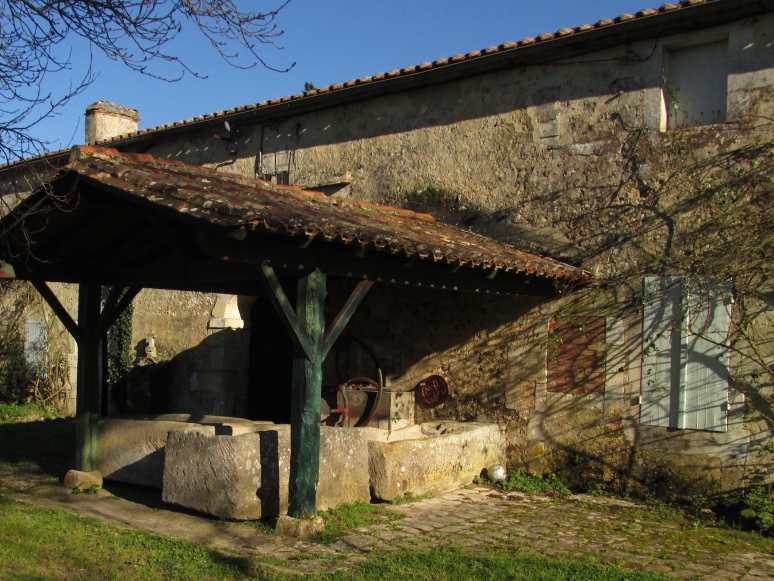 I think I would like to live in a small road with this name. An impasse is a little alley or very small road that is a dead end, hence the English word ‘impassable’ comes from this.  Couture means sewing. So this is the Sewing Lane. One would assume this is where the seamstress lived centuries ago. 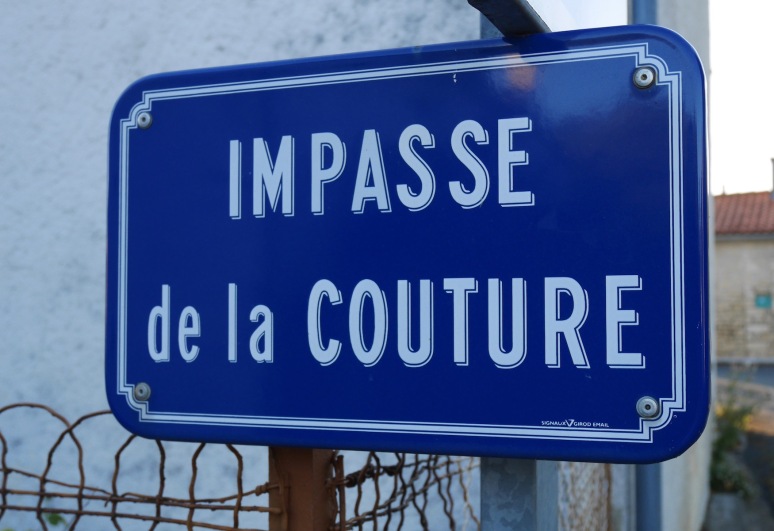 Another idea, I spied on my travels. These are new and had only just been put in place, I have never seen them before. Local ferns growing in old tree stumps. There were two of them side by side. No need for plant pots, very au naturelle.

Rain or shine, hot or cold, the market in France keeps going. Our small Friday market is smaller in the winter, the stalls are down to the basics, the necessities. Fruit and Veg, Meat, Fish and Cheese. But it’s an essential part of French life and one we have fully embraced. Oh, and Oysters, of course. 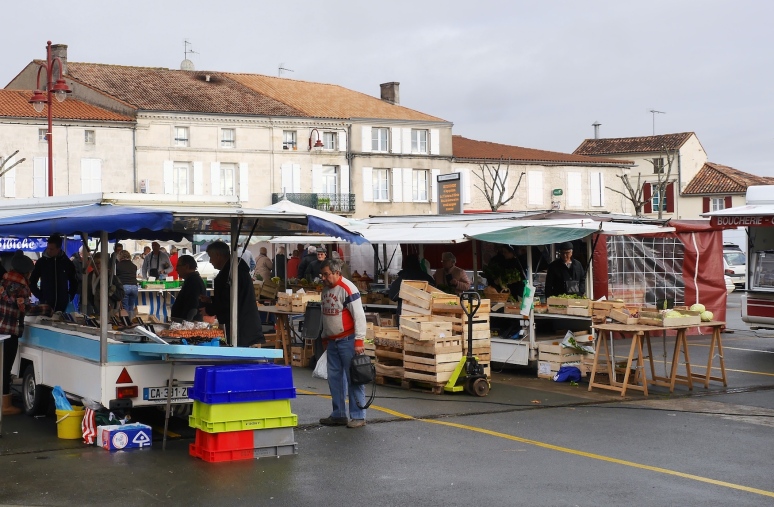 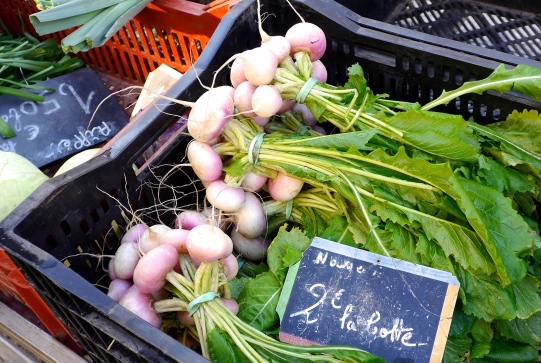 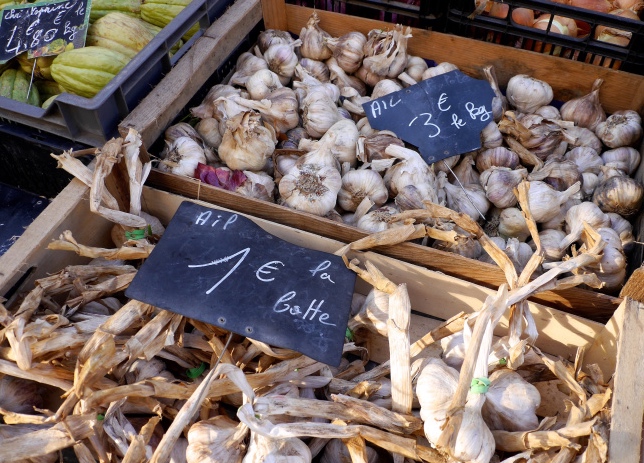 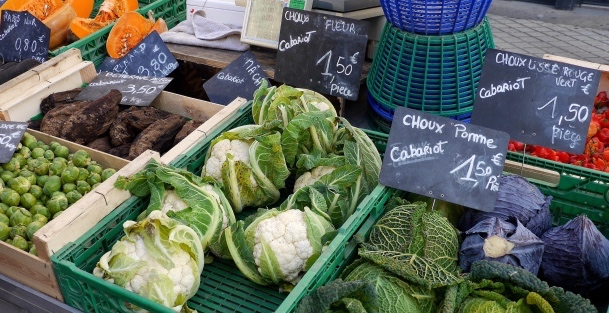 Finally, what could possibly sum up images of France more than an avenue of trees with a chateau at the end and an old French door. There is nothing more to say about them because they both speak for themselves. So instead I shall wish you a very happy week ahead. xx 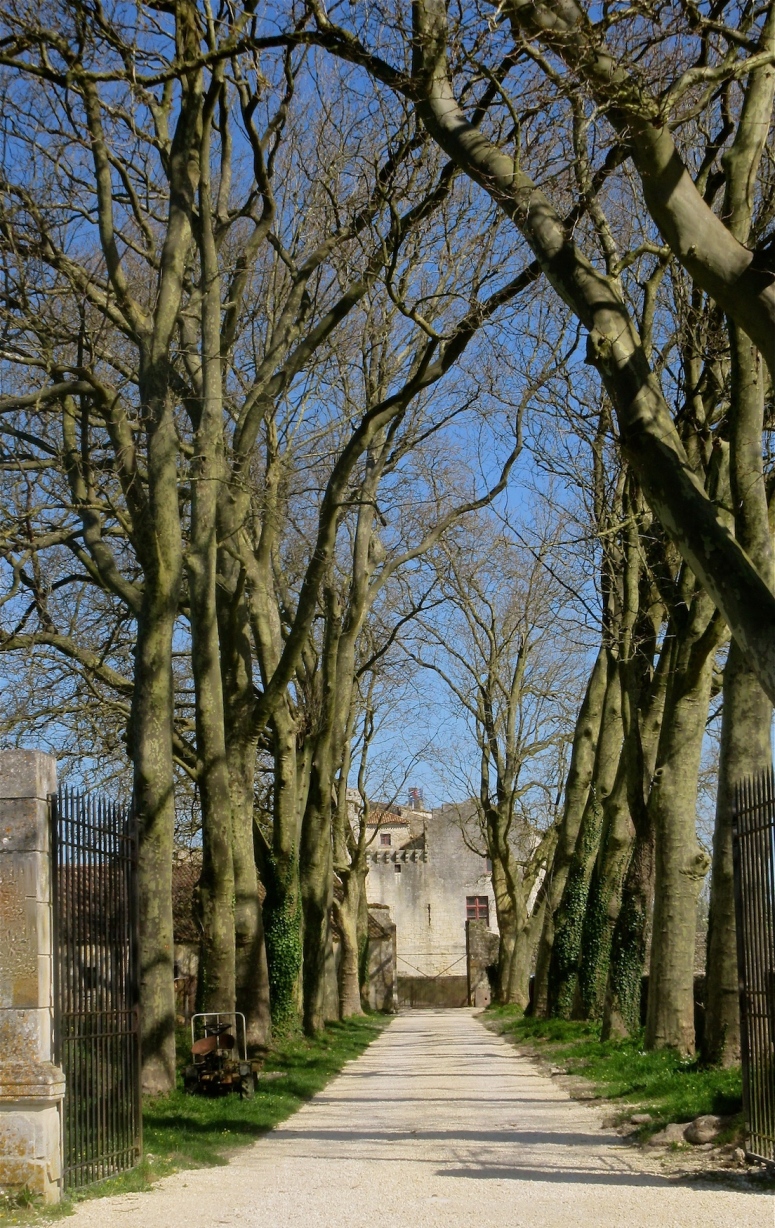 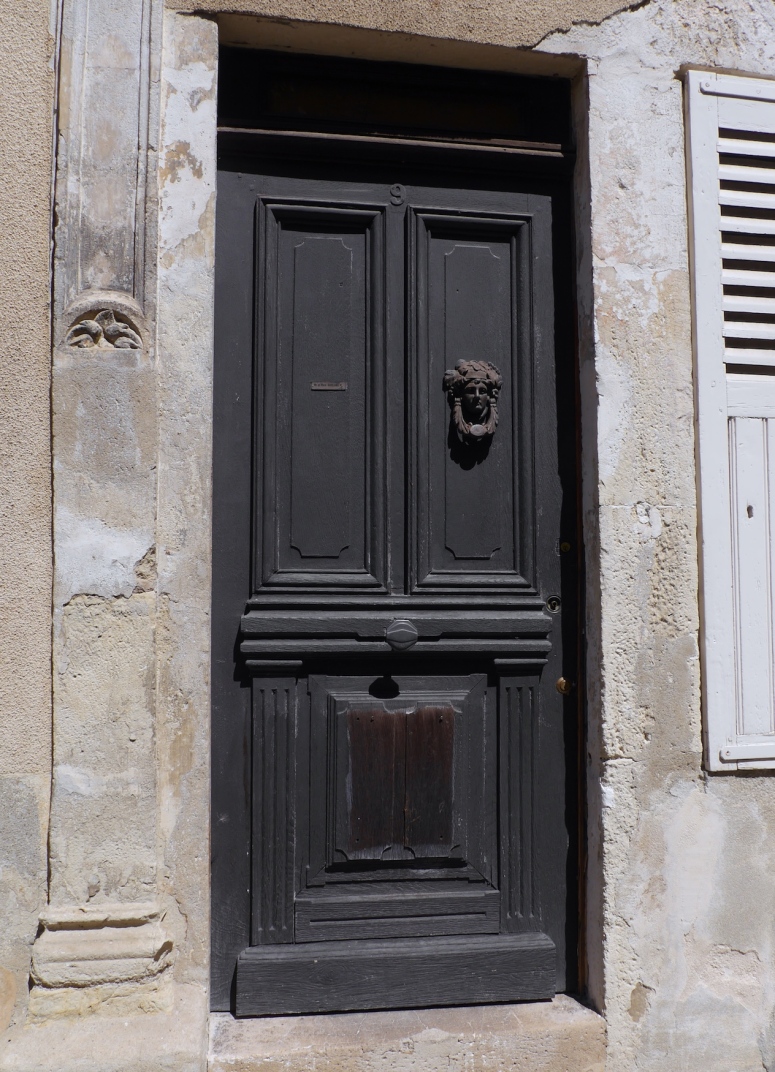 Leave a Reply to Leslie in Oregon Cancel reply