Spring is awakening, it is a time of rebirth and growth and surely brings with it a level of optimism in us all. I have learnt to love winter, with its cosy evenings around the fire, steaming bowls of soup and hearty casseroles simmering in the oven. I even like the crisp cold days and the starkness of the garden as it lies in dormant hibernation. But then something happens; the nights start to lengthen out, February rolls into March, and suddenly I am thinking about warmer weather. January may see us making New Year resolutions but spring is when I find myself bursting with energy and making endless plans. It’s that time of the year to banish the winter blues and start afresh, even if the weather seems to have other ideas.

On Sunday we were eating lunch on the terrace, leaving doors and windows open. I spent a full five hours gardening without even the need for a coat. 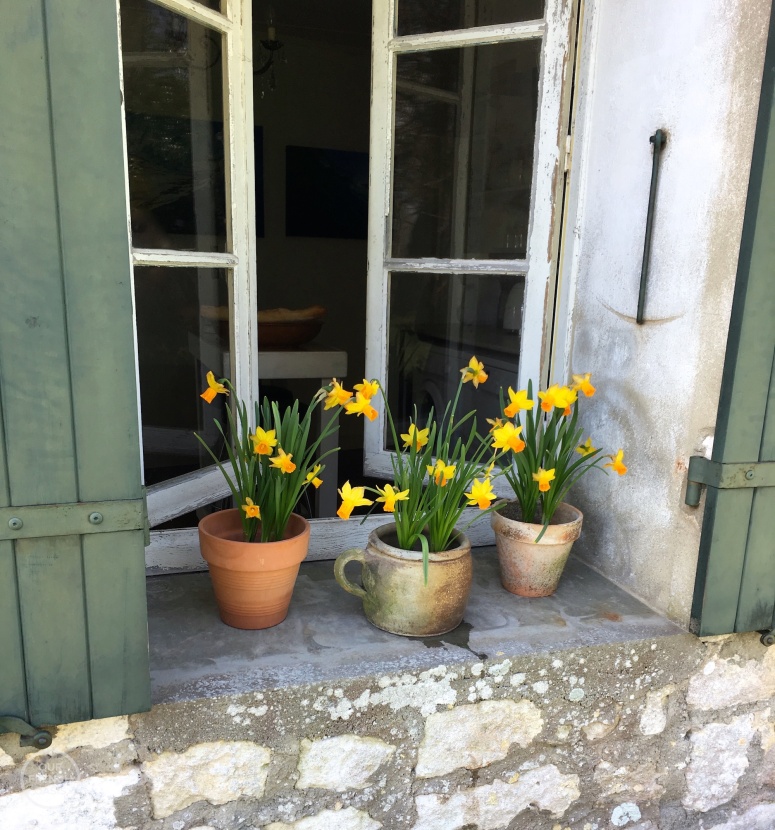 The only time I felt the slightest chill in the air was when I found myself standing  watching the chickens for far longer than I had meant to – a practice that much to my surprise is one of the most charming and comforting things one can do. They were scratching about in the sunshine and Sirius, our rooster, had a real spring in his step and was quite intent on sowing his oats as frequently and abundantly as he possible could. I found myself giggling as he leapt on one poor girl with rather too much enthusiasm, it was one of the Marans who are quite a bit bigger than he is, he quite misjudged her size and how far his legs would be off the ground; she lurched sideways and dropped one shoulder and sent him summersaulting forwards through the air, unceremoniously landing a good foot in front of her with his head in the dirt. He slowly pulled himself up, trying to salvage a modicum of dignity and shook out his feathers. The hen stood quite still, watching in a matronly fashion, but I swear there was a smirk on her face!

Then the next day, all of the chickens were huddled under the trees taking refuge from a grey sky that was disgorging huge lumps of rather wet snow. Taking themselves to bed early they wondered what all this white stuff was all over the ground yet again – the second time in as many weeks. We’d made fun of the meteorologists who forecast snow for the weekend in the Charente Maritime, it seemed they had got it all wrong, we’d all been outside, the girls swinging on the swings and kicking a football with Jack. Sunday had been a wonderful day to be in the garden. Snow?  Tsskk.

But actually things had just been delayed a few hours and the meteorologists WERE right. The snow started to fall lightly on Monday morning – wet sleety stuff.

“It won’t settle!” we said, virtuously.

I had a meeting in La Rochelle and headed off, paying little attention to the flecks of sleet. But the snow got heavier and heavier, and suddenly there were blizzard warnings on the radio…..”Do not travel unless it is absolutely necessary.”  Too late! I was half an hour from home and I’d been reduced to a crawl.

I turned off the main road onto a country lane and instantly skidded, after which I  reduced speed until I was inching forward at the speed of a snail – and of course I had to stop and take photos!

Like I have said many times before, “we don’t (normally) get snow in the Charente Maritime!!” Let alone blizzards that dump two to three inches in an hour! 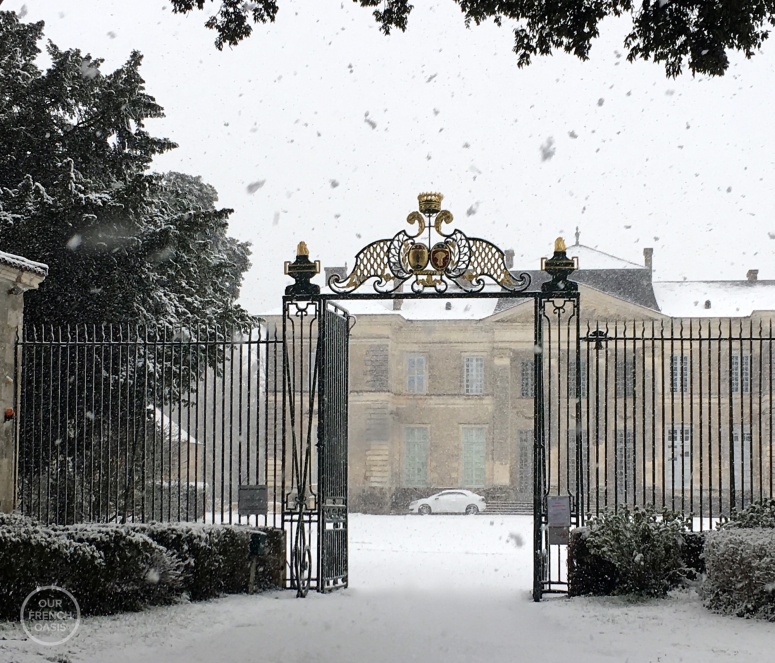 but by mid afternoon it had nearly all melted; our early spring flowers shook off the cold stuff and turned their heads towards the sun, perking up almost instantly with the warmth on their petals. 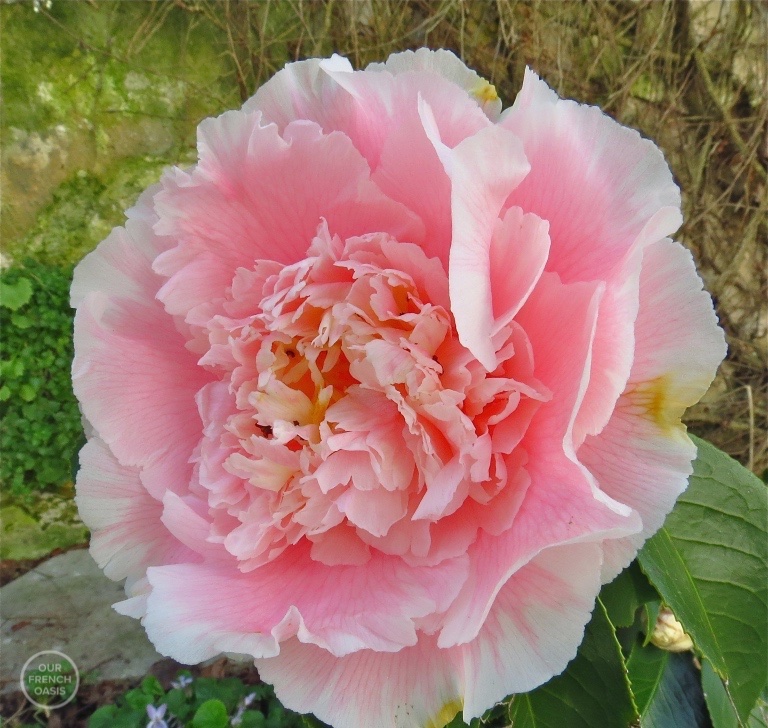 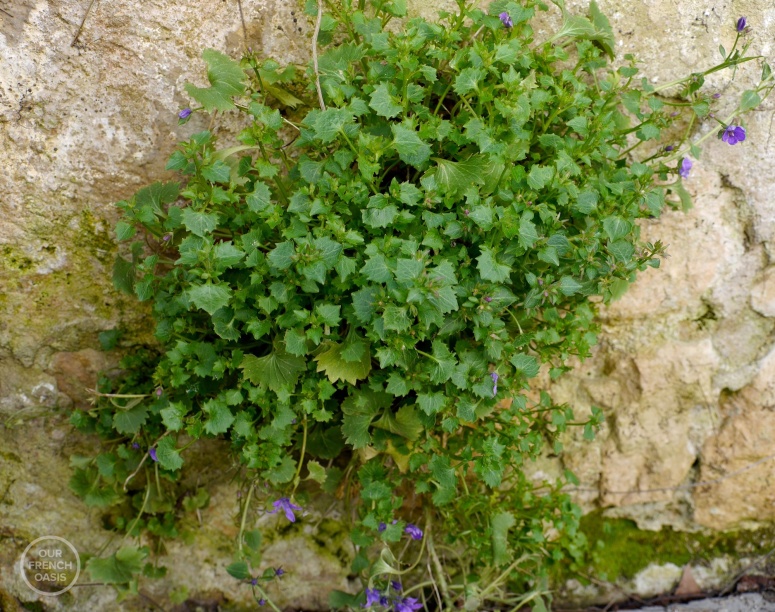 Yellow is undoubtedly the colour of spring here. The very first glimpses of hope of the new season appears with the mimosa in January. This is quickly followed by the first daffodils, and here they are everywhere, growing wild in the country as they emerge from hedgerows and pop up in fields to make our walks just that little bit prettier.

Carpets of primroses smother sheltered banks beside the road and grow out of cracks in the old cobbled stone path in our own garden.

Yesterday I took a short cut that I rarely use, normally because I am unlucky and get stuck behind a farm tractor and any thoughts about saving a kilometre ends up taking me an extra ten minutes. However, on this occasion there was no tractor, in fact I didn’t even see another car, but still I was late, the cause being my camera rather than any exasperatingly slow farm vehicle. Suddenly the lane was lined with abundantly flowering forsythia, its unmistakable bright yellow buds just begging to be photographed. Another sign that spring is here. 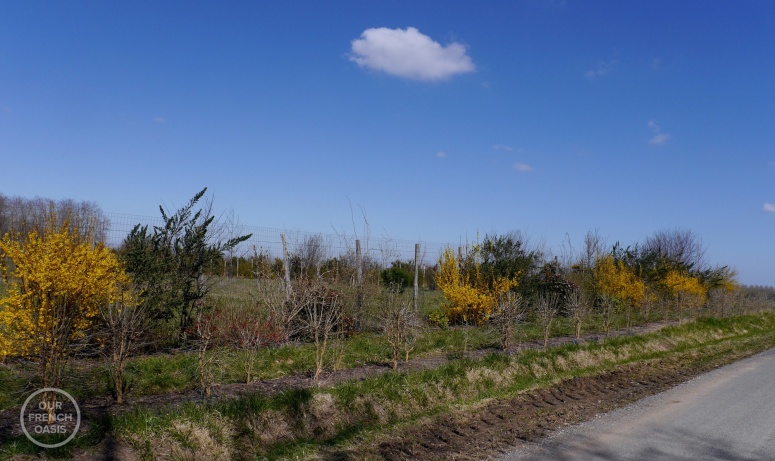 And then there is the blossom, the first trees which flowered are already coming into leaf now, their pinky white petals falling to the ground like confetti. 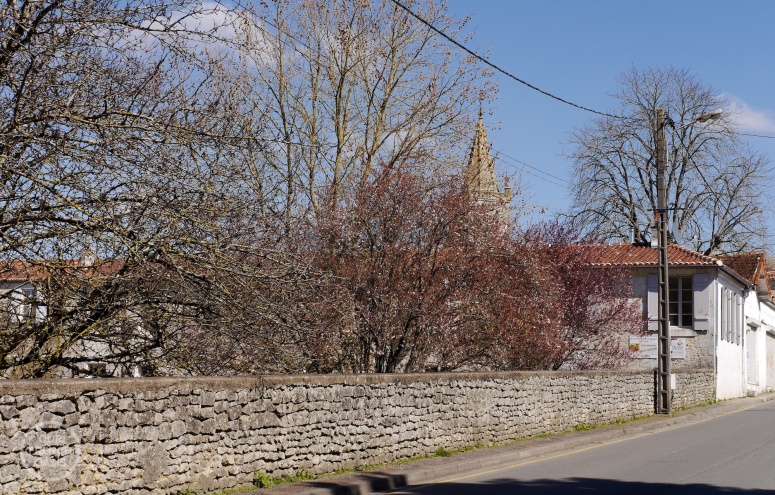 How can one not be cheerful at this time of year? Staying positive in life when the going gets tough is terribly important, but it can also be one of the hardest things we have to do. We all go through ups and downs. So many people comment how fabulous my life is, and I know it appears to be easy and perhaps I portray the vision of a perfect life a little too much. Apparently I make it look all so effortless. But trust me the sun doesn’t shine every day. I have the same problems as many people, the same worries, the same difficulties. We have to make ends meet too and sometimes at the close of the month things can be a little tricky! But I am an eternal optimist. I could sit and moan and fret, and sometimes I honestly do before I pick myself and sternly admonish such behaviour. I have so much to be so incredibly grateful for.

Why am I telling you? You may well ask. It was triggered by someone who wrote me a lovely email telling me how they loved how I am always so positive and how my blog helps them because it is always so upbeat. I thought long and hard about this, as the last thing I ever want is for my writing and my posts to be saccharine sweet, I can’t think of anything worse, but I also don’t want to focus on the negative. I mean does anyone here really want to know that so and so vomited yesterday and I got a speeding ticket in the mail? OK, so fortunately neither of those things actually happened yesterday, but you know what I mean; they quite feasibly could have done and they have done in the past and no doubt will do in the future. Instead I always try to focus on everything that is positive; I am definitely a glass half full type of person and that is what I have always wanted to do here, pass that hope and confidence on to you, but in a way that is genuine and real.

I had this post half-written, I was taking photos and adding them and then I had a real wobble, I worried that what I write is not of interest, I started reading all sorts of things into “being nice” and that all I do is waffle along showing pictures of flowers and pastoral scenes and that it is not connected to the real world at all. You see I lost confidence (does anyone want to see another daffodil or another pretty view) and I started to doubt myself. Do you ever do that, or is it just me?

So I took myself off for a walk, I didn’t have long, my timetable is actually so jammed packed that half an hour with the dogs is an absolute luxury at the moment, but I grabbed their leads and set off and I found the answers I was looking for. This is not just a load of pretty pictures for Instagram, this is real life. Just looking around me gives me enormous inspiration, listening to the birds singing, watching nature unfurl. This is a part of my life that I share, it is not sugar-coated, it is as it is and that is what you all get! 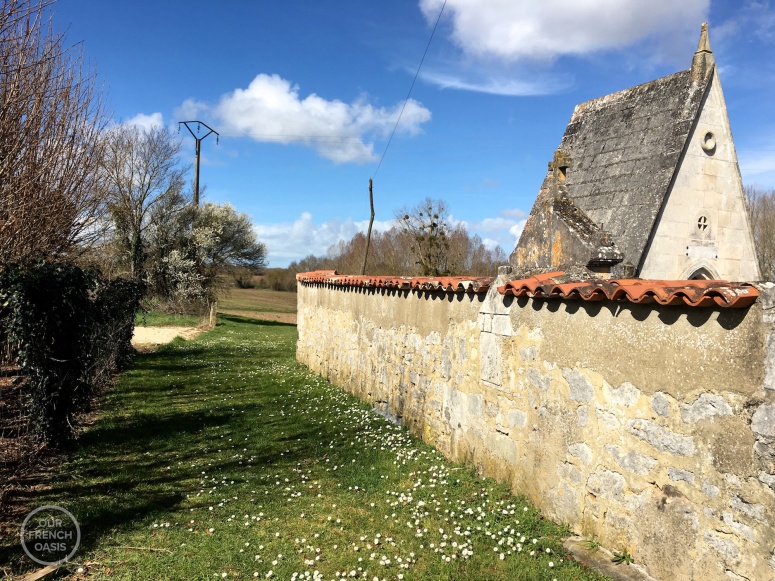 And I want to share my enthusiasm because spring does this to me, it always seems to reawaken hopes that I had perhaps kept suppressed all winter; it is a time for cheerfulness, there is so much promise in the air and anything seems possible. 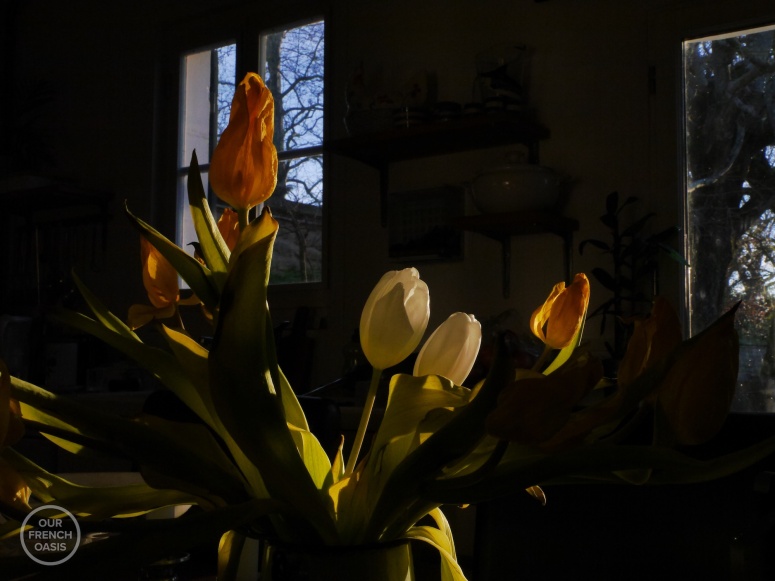