Writing a blog continually surprises me, but what I love most of all is the spontaneity of it. Just when I think I have everything in order and going to plan, with the next post happily laid out in my mind, everything changes; a few unintended photos catch me by surprise and the whole thing loses its original direction and I find myself freewheeling down a completely different road. This blog post started out about one thing and it sort of metamorphosed into something quite the opposite.

I had a meeting inland early Tuesday morning and I thought I would stop and take a walk with my camera on my way back (for the planned blog post) as it was such a fantastic day and a spring sun was scurrying across the sky. It was only when I got home that I realised that most of the photos I’d taken that morning were nearly all centred around one location, Port D’Envaux; this is a charming village on the banks of the Charente, midway between Rochefort and Saintes. It’s a pretty place that we have visited several times in the summer months as it’s one of our favourite places to hire kayaks and spend an afternoon on the water. Then of course, it’s very different and a much busier place where discerning visitors look for somewhere authentic and rather special.

However, in March it is not quite so frenetic, and I’d had a chance to take some pictures of scenes and buildings I’d not really seen before. Once the children were in bed I did a little more research about the village, and, as is becoming rather a bad habit, stayed up fascinated until at least 1am reading about its history.

As a result, I realised that there was a lot more to discover and as the youngest girls finish school at 11.30am on a Wednesday, I picked them up and headed straight back to Port d’Envaux before I had to collect the other two children closer to lunch .

In March, all is quiet and it’s a wonderful time to wander through somewhere old or new, and see that what a place may lack at this time of year in the way of floral beauty and trees heavy with green foliage, it more than makes up for with beautiful and interesting architecture. In the case of Port d’Envaux, this is augmented with the sense of solid contentment that the village projects as it sits proudly on the banks of the River Charente. For the first time I took the children through the streets on foot, stopping and looking at our surroundings instead of heading straight for the water and the kayaks (via the homemade ice cream stand which is open in the holiday season!).

The River Charente is one of France’s most important waterways, and it is nearly 225 miles long. It was once an important and vital trade-route for cargo going both upstream (salt) and downstream (Cognac in particular). The river rises in the Limousin and meanders down through Angoulême, Cognac and Saintes before emptying into the Bay of Biscay at Rochefort. It reached its peak of importance during the 19th century, and merchants involved in the river-trade grew powerful and rich, which provides an explanation for the fabulous houses and properties we can still see today in Port d’Envaux and other towns along the river. As well as salt and cognac there were other goods plying back and forth on the barges, notably paper and iron products from the smelting industry. Easy access to coastal shipping routes at La Rochelle, Rochefort and Royan all helped the area flourish until the arrival of the dreaded phylloxera which destroyed the regions vines in the 1870’s, resulting in a population decline aided by the growth of France’s overseas empire and the manpower needed abroad to run it. In the 20th century the river silted up with a lack of use and it is only relatively recently that the majesty of its flow is slowly returning to its former power. 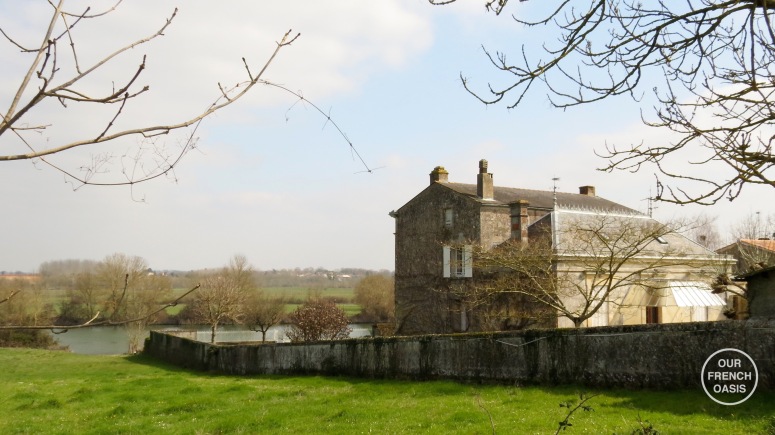 Today, Port D’envaux is a small village of just 1200 permanent residents, but it really does have everything one needs, including a baker, a small but extremely well-equipped corner shop, a post office, and an elementary school.

and a beautiful park leading down to the river which provides plenty of ‘nautical’ activities in the warmer months.

The village even boasts an imposing château. The first known records of Château de Panloy appear in 1409 when it was most likely a water-mill, but it was not until 1770 that it was rebuilt from ruins in the form of the Louis XV style château that we see today. It came into the possession of the Marquis de Grailly through marriage in 1785 and has remained in the family ever since. The Château is open to the public from April through November and if you really want to feel like a Marquis or Marquise it has two delightful guest-rooms where you can stay on a chambres d’hôtes basis. In the summer months they have several musical performances in the gardens which stretch down to the river and this August the British Westminster Opera Company will perform for three days. I am not a huge opera aficionado, but a picnic on the lawns of a beautiful chateau under the stars listening to opera, hopefully on a warm and balmy summer night, sounds like a perfectly wonderful evening whether I am a fan or not – I suspect we shall certainly be going and introducing the children to opera! 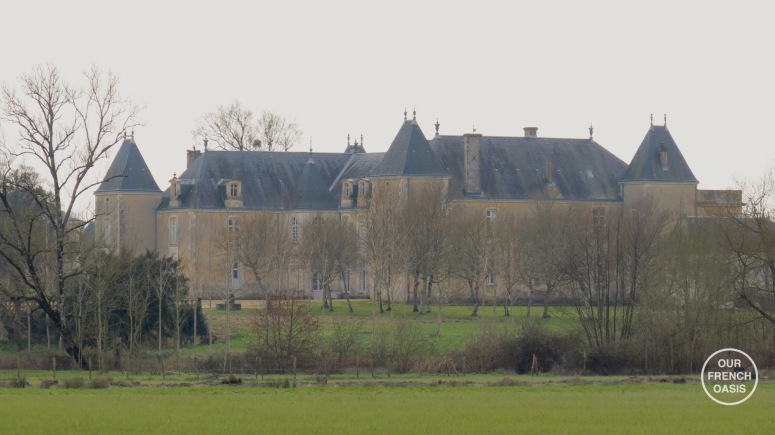