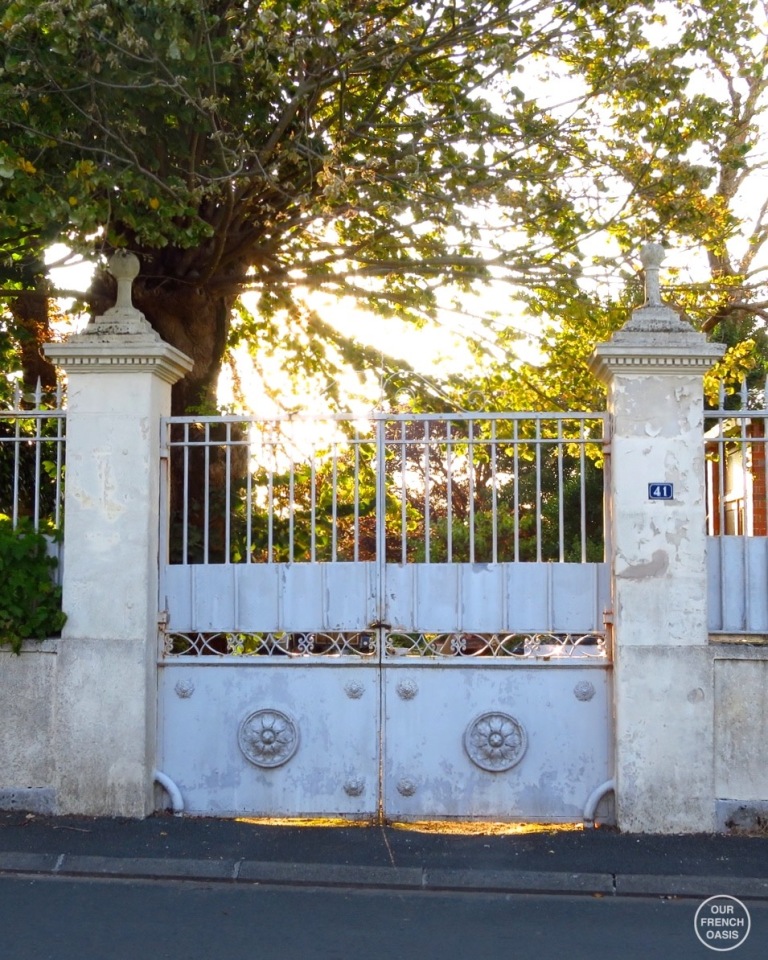 Not too long ago I was standing in the middle of an indoor tennis-court close to midnight sipping a glass of champagne with a handful of other people; what’s more it seemed like a totally normal thing to be doing! Quite naturally we were the only English there, and unsurprisingly the conversation turned to food; this in turn led to ‘what the English eat’, which in turn led to ‘why we were living in our tiny village’? My companions wanted to know what had led us there, to a place that is really in the middle of nowhere with a population of just 600 or so people. 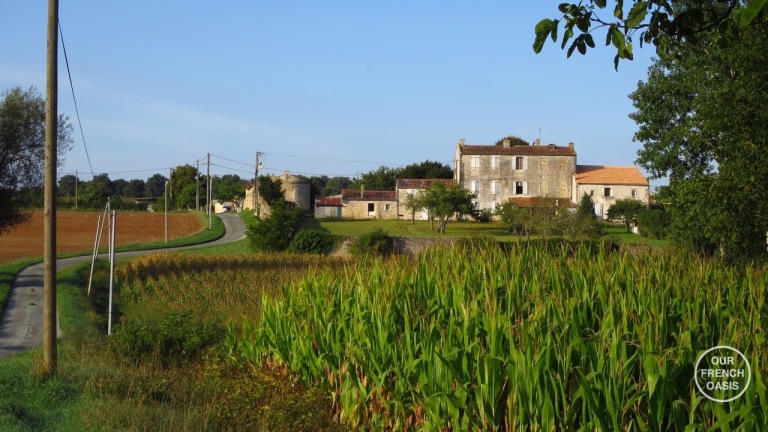 It made me think. Why had we chosen this area when we have lived in so many exciting places? Clearly this made little sense to my tennis friends and I replied with a well-practised gallic shrug (I’m learning this is a very useful form of expression) “Because we like it.” But it’s a question that has been getting under my skin since it was asked just before Christmas (hence the champagne) and I have at various times thought about my answer. 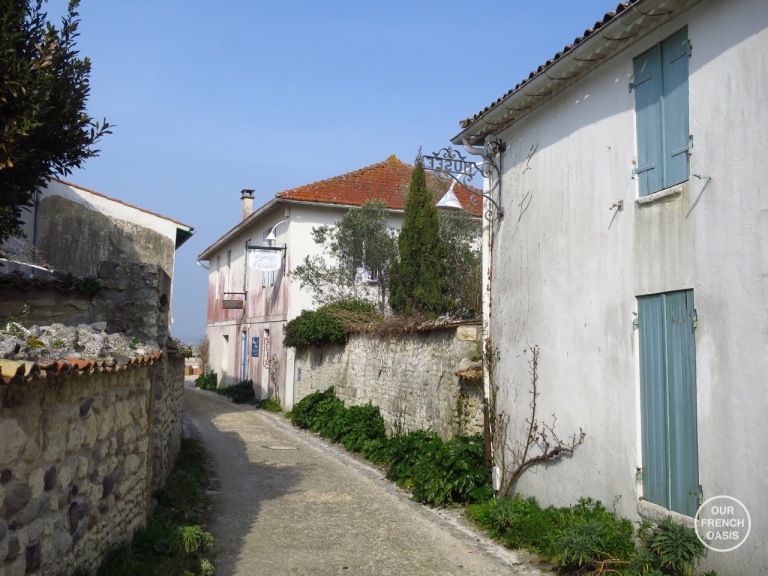 Why did we choose to live here in our village; what does it offer? It’s a small place with a primary school, a baker, a bar, a post-office and an outdoor tennis-court. There are no other English and certainly no other shops, there’s not a lot going on, but we love it. Twenty years ago we might have come to live here because it was a relatively easy place to start afresh, a foreign country that the British have been connected with since sea-levels were so low one could walk across what we now call the English Channel. But today, in the 21st century, people move all over the world. Never has there been a time when so many different nationalities live in so many countries. I have lived in three different continents and five different countries with our growing brood of children; we have experienced so many fascinating cultures and so many different lifestyles, so why have we settled here and why does it work so well for us? 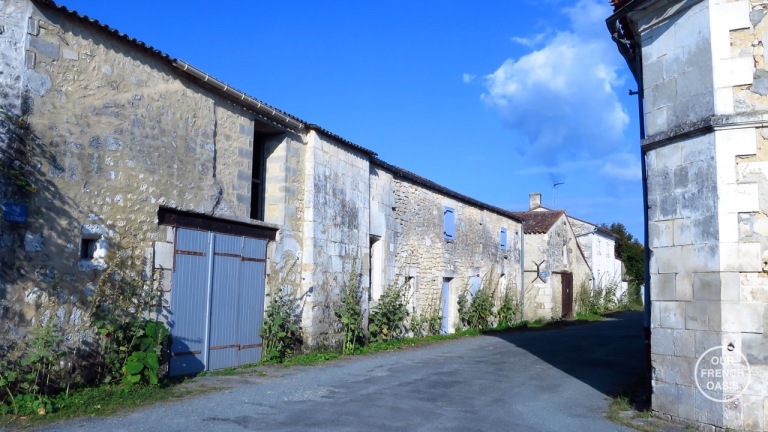 Because our children have lived around the globe, they have had many adventures; they have known different education systems, and although they don’t necessarily think the French schools are the best, they do think the lunches and the long recess periods win hands down! In fact the lessons are very old-fashioned, even boring in the eyes of our two eldest daughters. But, none the less, they still love France. 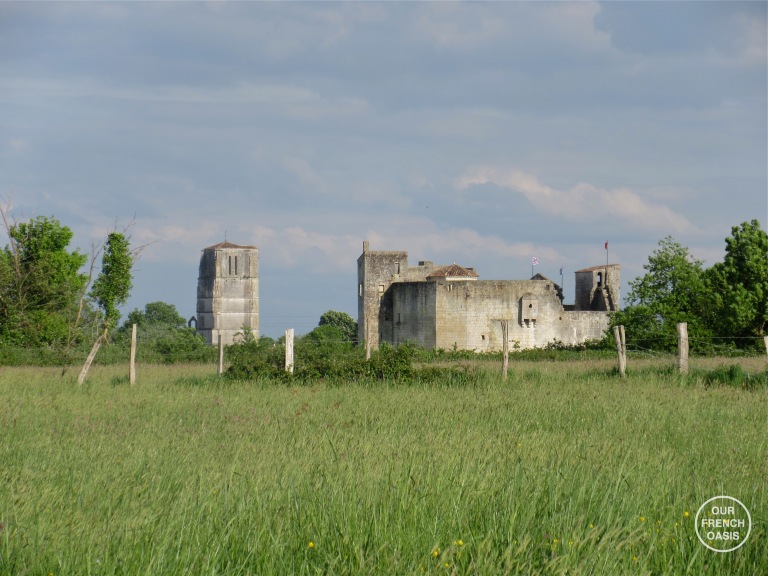 So I thought I would ask them and Roddy, “Why do you like living in France?” Below are their replies,  just as they said them. To make sure they were not influenced by each other, I asked them each individually in private so that they did not hear anyone else’s answer.

Going from youngest to oldest I started with Gigi; her answer was, “Because the French people are really nice, the school meals are big and really nice, I love the countryside and the seasons and we get to speak another language and the neighbours and our garden.”

Hetty replied: “Because it is not crowded, there are really good walks from the house through farmers fields, I get to help people speak English at school, we have chickens, I love outdoor brocantes and especially all the fresh food.”

Jack retorted with: ” The countryside, the culture, food, the people; the language is annoying but it is also nice!”

Millie’s take on it all was: “The countryside is pretty, lots of great architecture and history, seasons, France has lots of good food, the accessibility to the rest of Europe and easy transport to the rest of France.”

Izzi is obviously not here full-time as she is at university in the UK, but she was educated previously in France and she loves coming back for every holiday and the odd long weekend too. Her answer was via Skype: “Our neighbors, I love all the home cooking and the food and how that ties in so much with social life and culture. Open air markets. The seasons.”

Finally I put the same question to Roddy, and after a pause he said: “The space, climate, culture, people, food, wine, and a population that knows how to live life to the full. I firmly believe that for the French, or at least certainly those we know around here, there are very few half-empty glasses, they’re nearly always half-full.” 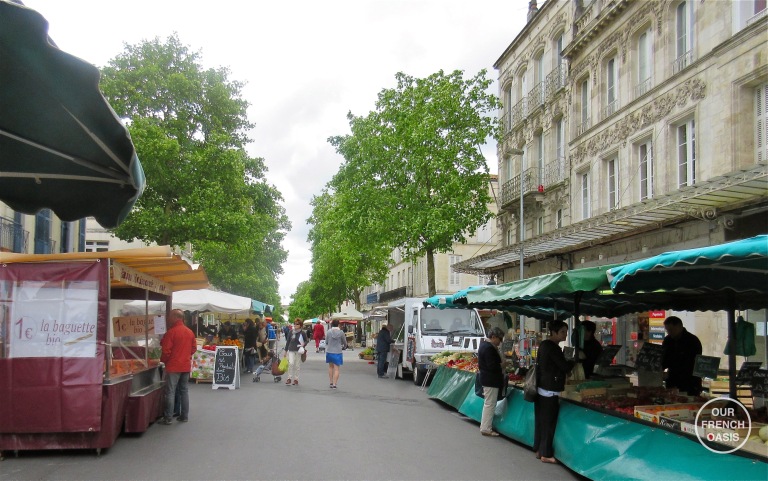 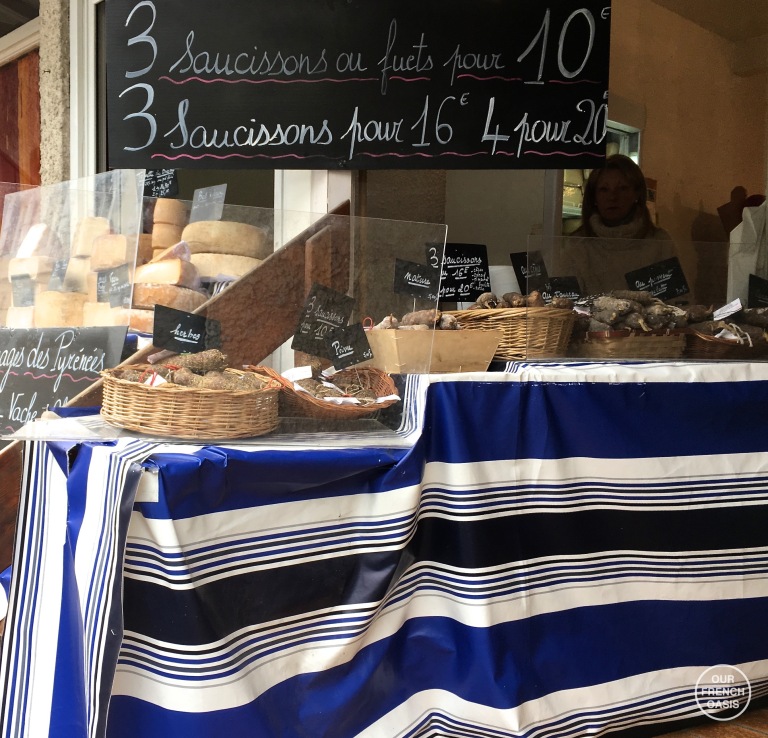 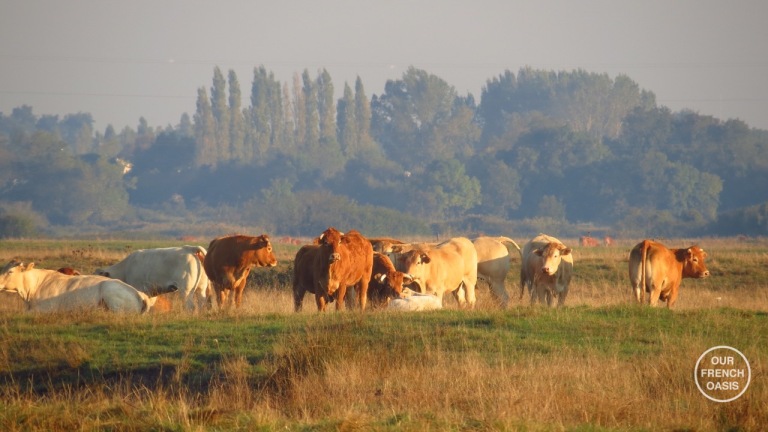 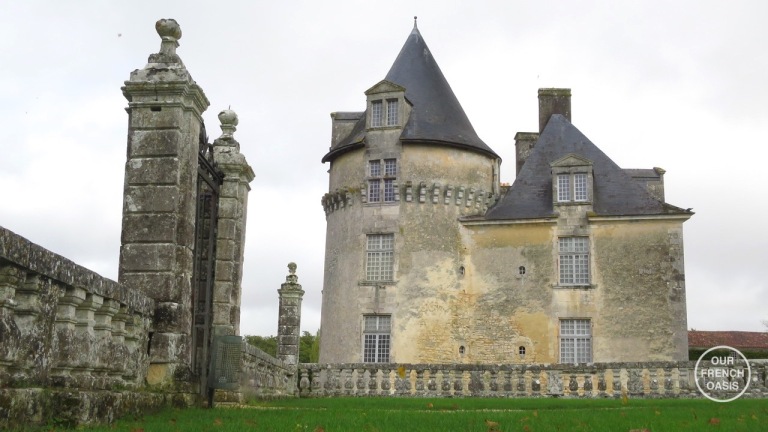 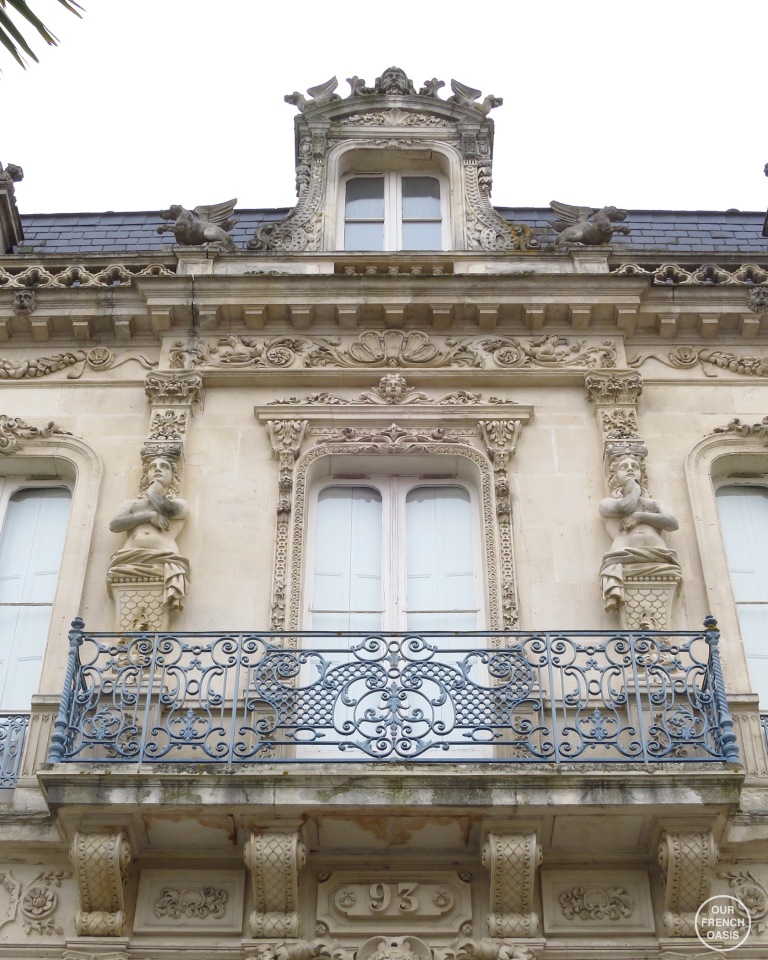 All of these answers resonate with everything I believe in; that this is a wonderful opportunity for our children to live a slightly simpler, quieter life, perhaps similar to the ones we enjoyed as children ourselves. They are able to go out on their bikes and visit friends unaccompanied. We want them to have a real childhood, a sort of ‘Swallows and Amazons’ existence if possible. They are safe walking to school by themselves if they feel the need and there are very few places this can happen nowadays.

But of course, some of the other reasons we moved here were that we also wanted to live a more down-to-earth lifestyle. We wanted to be able to grow our own fruit and vegetables, keep chickens, and to live with the seasons; we wanted to get back to basics and away from the more materialistic world. And a big part of all of this is the fact that family life is still very important here. The midday or evening meal is still taken around the table, and French mealtimes are never a hurried affair; families and friends still talk through their meals, sharing news, advice and thoughts, typically over three courses of food. For people used to the rush of modern living in a hectic city lifestyle this slow-paced pastoral meandering is often the most difficult part to understand; we can run around like headless chickens with much to do between 9 and 12 and 2 and 5, but we must stop for lunch!

Overall though, I can’t put my finger on one specific thing that makes me so happy to be here; it’s nearly impossible to sum it up in one simple word, because fabulous food, wonderful countryside and great people exist all over the world. Perhaps here it is how everything combines that makes it so special. My life here is not materialistic but it is richly luxurious to the soul. 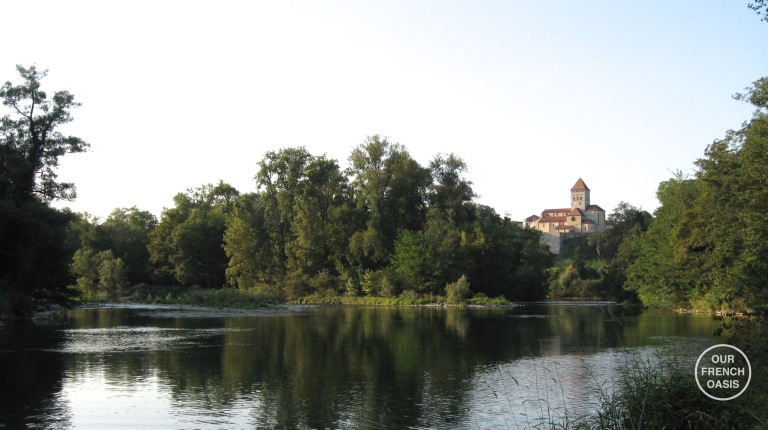 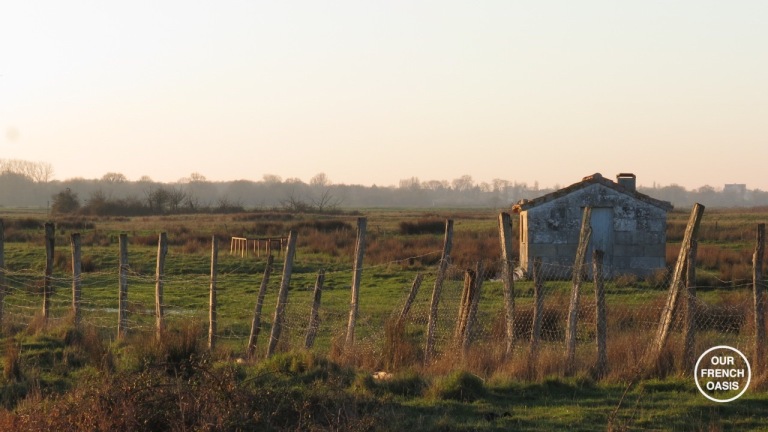 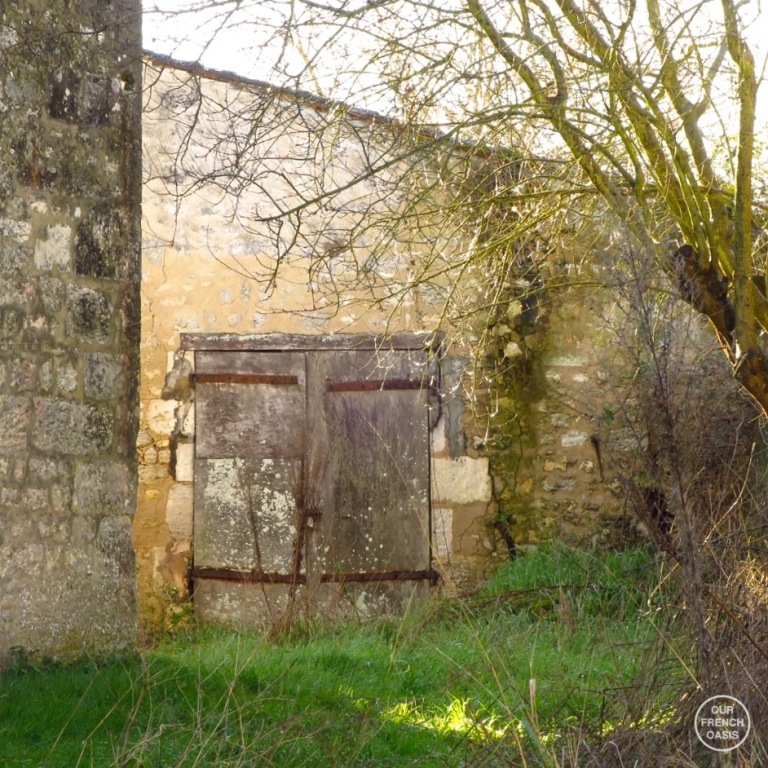 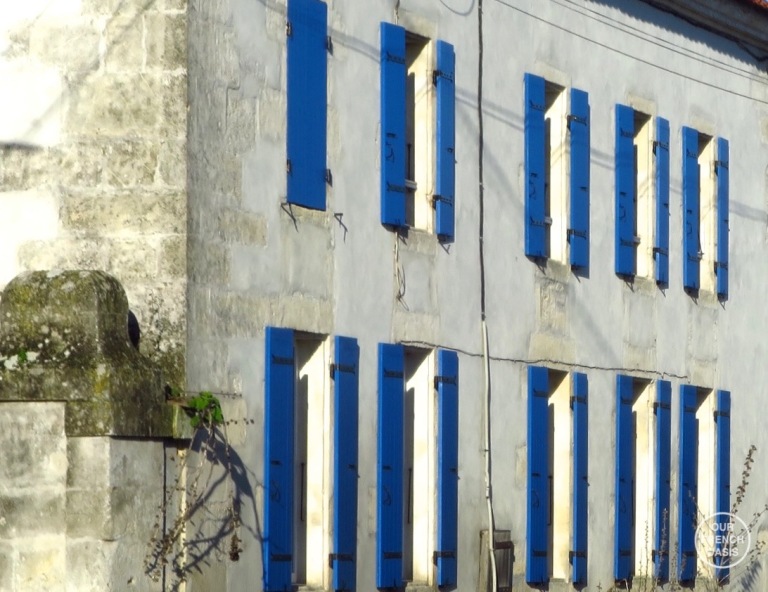 We wanted the dream, and we got it and before you ask if I know how lucky we are, I do! I also believe we will always be a guest in someone else’s country, but I think France is a country we’re very lucky to be guests in. And of course, that might explain my love of sharing it with you. If you have a moment, tell me what it is that you like most about France?

81 thoughts on “WHY DO WE LIVE IN FRANCE”

The final Days of February
Despite these beautiful sunny days and a real sense of warmth in the air, the evenings are still decidedly chilly, reminding us that winter isn’t quite ready to let us out of her clutches.
Love this time of year, when the blossom is out and spring is in the air
Today is all about this incredible blue sky. The bluest of blue and a very warm 20C to match it😎
Filling window boxes with tulips, dreaming of spring and enjoying the warmth of the fire in the potting shed! Seems like a pretty good way to idle away an hour on a Sunday afternoon😂
Floods receding and blue skies returning. Have a happy weekend 💗