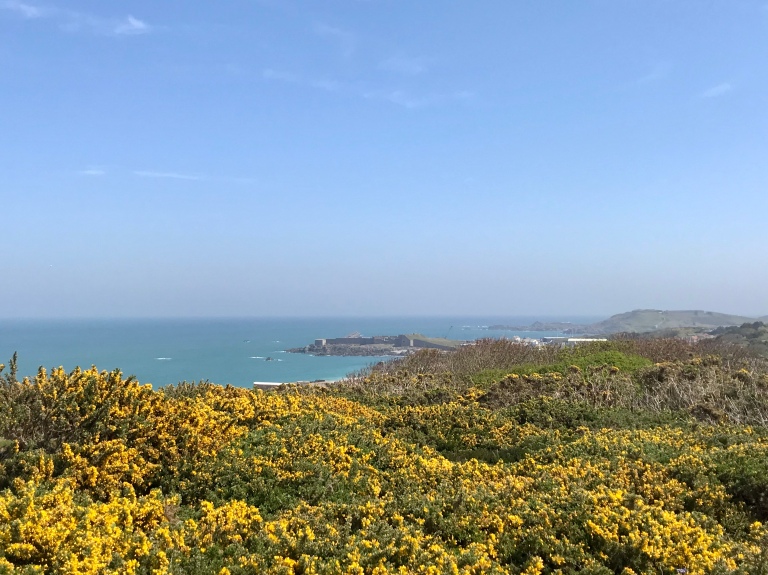 Many of you either know or will remember reading posts from our second daughter Millie in the past. During lockdown she’s kept herself really busy and I am proud of how she has spent so many hours with no work and no friends to visit. Not for her the binge watching of Netflix, instead she went back to basics and started gardening. I asked her to write this guest post as I find it fascinating hearing about how she started everything on her own. She has just turned 20 and is taking a couple of years out from Uni, to really discover what she wants to do. I admire her for that. At the beginning of the year she was in Vietnam, a huge adventure, this trip was cut short by corona virus fears. At the beginning of march she went back to the little Island of Alderney, very much my husband’s home. Within days of her returning everything changed, everything shut down. This is her lockdown story.

Hi everyone! Long time no see! (I seem to be saying that to everyone constantly now that lockdown is finally being lifted here after eight weeks…) It’s Millie here, I don’t think you’ve heard from me in a couple of years but hopefully a few people remember me. During lockdown I’ve been on a very interesting, very surprising, and pretty extraordinary gardening and growing journey that I thought I would share with everybody. 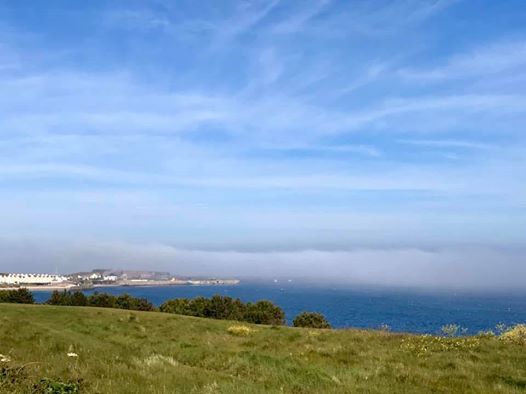 I’m in the Channel Islands on a little island called Alderney at the moment, where I’ve been living and working for the past year in a restaurant/bar (well, not living inside the bar!). With a population of around 2000 people and a size of approximately 3 x 1.5 miles, lockdown here has been interesting to say the least! 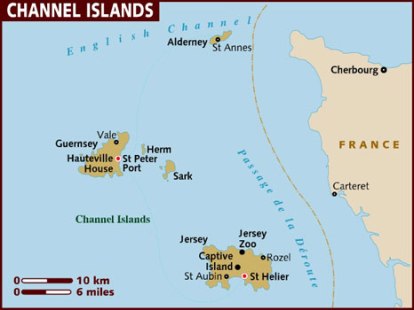 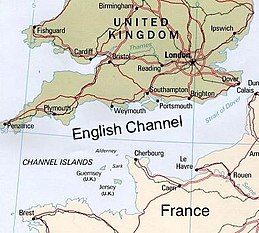 At first there was a lot of fear about what would happen if Covid reached the island, as a vast percentage of the island is elderly and vulnerable. The tiny hospital isn’t equipped to handle seriously ill people, and transport to the larger island of Guernsey for ill patients is complicated.

We went into lockdown on the 21st of March, over two months ago. Since then, like most people, I haven’t been able to work.

Thanks to the lockdown, the luxurious and beautiful house of my absent boss, where I was meant to be living for only a month or so before moving into more permanent accommodation, has been my home for over three months! My two house mates (colleagues) and I certainly have been at least comfortable during lockdown.

The house also has a really beautiful garden: old stone walls, a small courtyard with raised beds, herbaceous borders around the lawn, several fruit trees, and a large greenhouse! 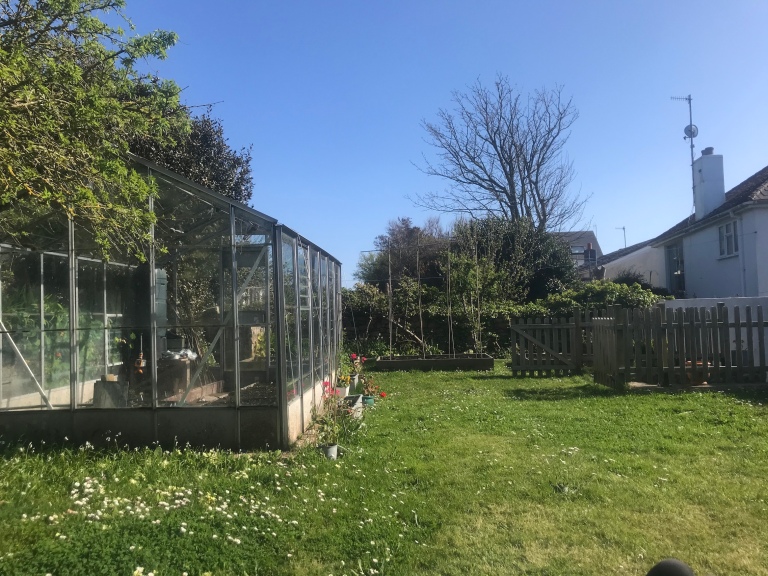 I’ve always been quite interested in gardening and nature in general, and every summer I’ve had a little plot in the garden at home where I’ve grown “experimental” things like strange melons and weird varieties of peppers, always with varying degrees of success. However despite having watched my mum garden amazingly for years, I haven’t actually done much of it myself. Until now!

The owner of the house, accurately predicting that they wouldn’t be able to travel back for several months, asked if we would be able to plant some veg in the garden and keep it tidy for their return.

I thought it sounded really fun, and since then it has totally taken off!

I started off by planting some seeds in trays in the greenhouse, with little idea what I was doing. These included some courgette seeds, a tray of sage, some ox eye daisies and some geraniums. Certainly a strange mix! I also sowed tomato and basil seeds on one side of the greenhouse directly into the soil, and two different lettuce varieties as well as some spicy peppers (a request from my boss). 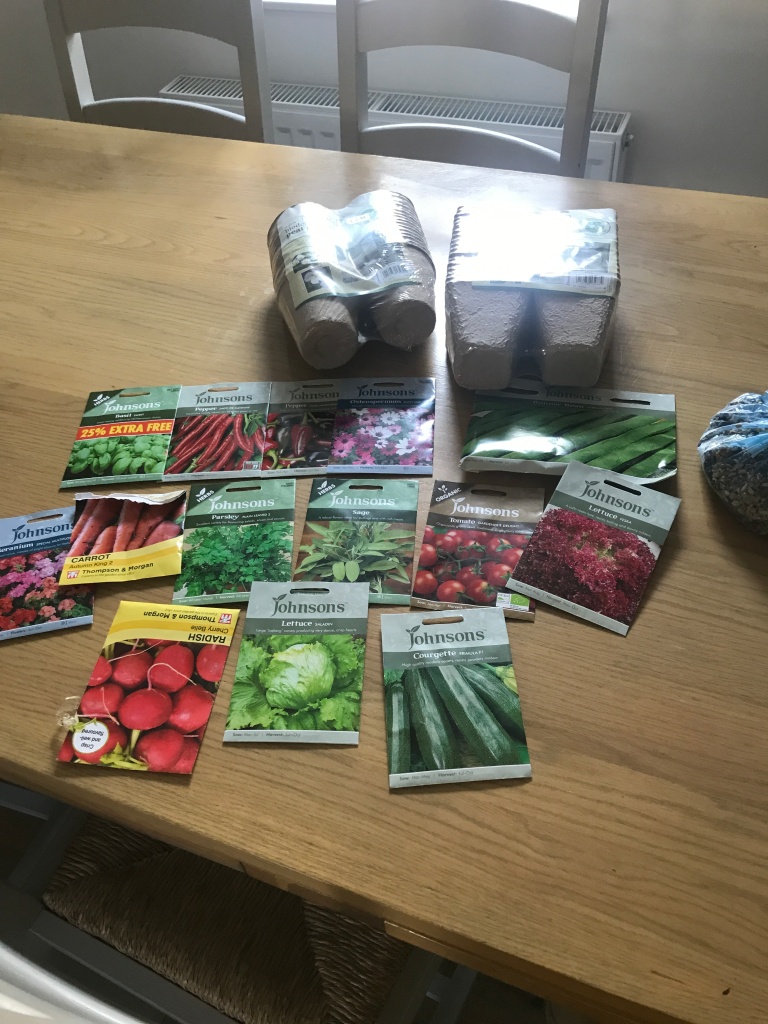 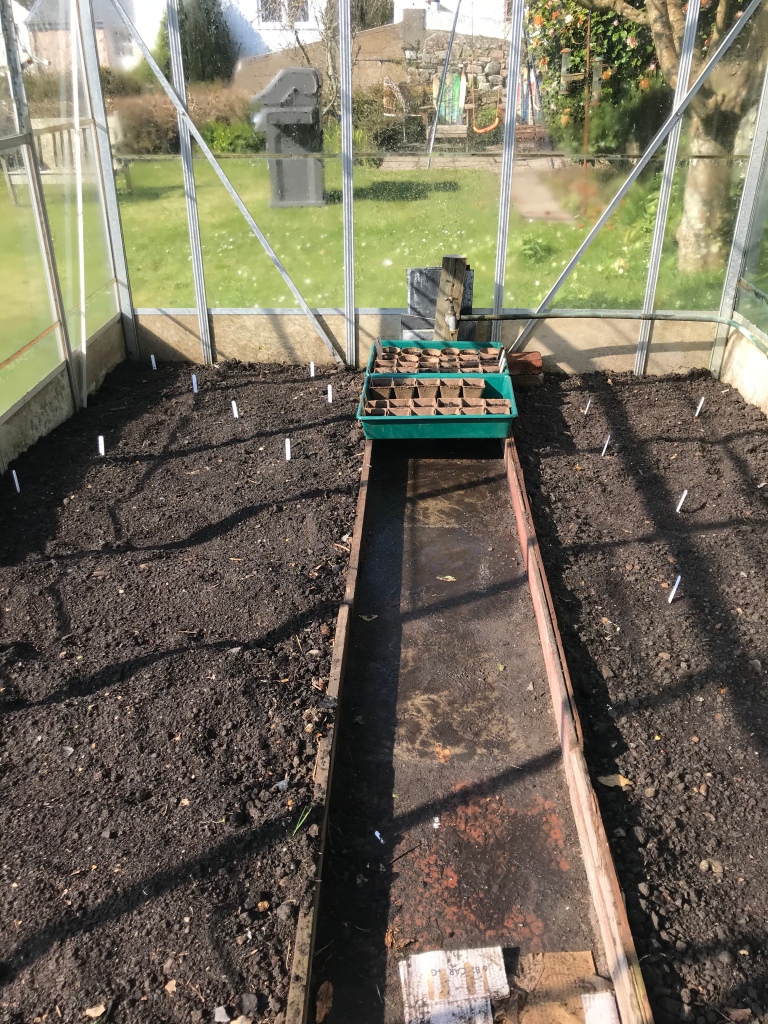 Outside in empty raised beds I started some radishes (having read that they happily tolerate cool spring nights).

And then I waited. And I watered. Every single night, actually, even when it was cloudy, cold and raining outside. This was mimicking the watering I’d seen at home in summer: where, of course, the vegetables dry out quickly under baking French sun and need water constantly.

Safe to say, the seeds took a very long time to germinate (over a month for some), and half of them never sprouted at all! I drowned them before they could even break the surface of the soil…

In the meantime however, the radishes popped up with astonishing speed and quickly started growing and turning red. I ordered several different baby plants from a shop on the island as well as keeping an eye out for anyone selling baby plants on Facebook. This is how I came to acquire four sweet pea plants and build a permanent frame for them against the side of the greenhouse! And then another frame! And then a frame for the beans I had decided to plant in one of the beds. 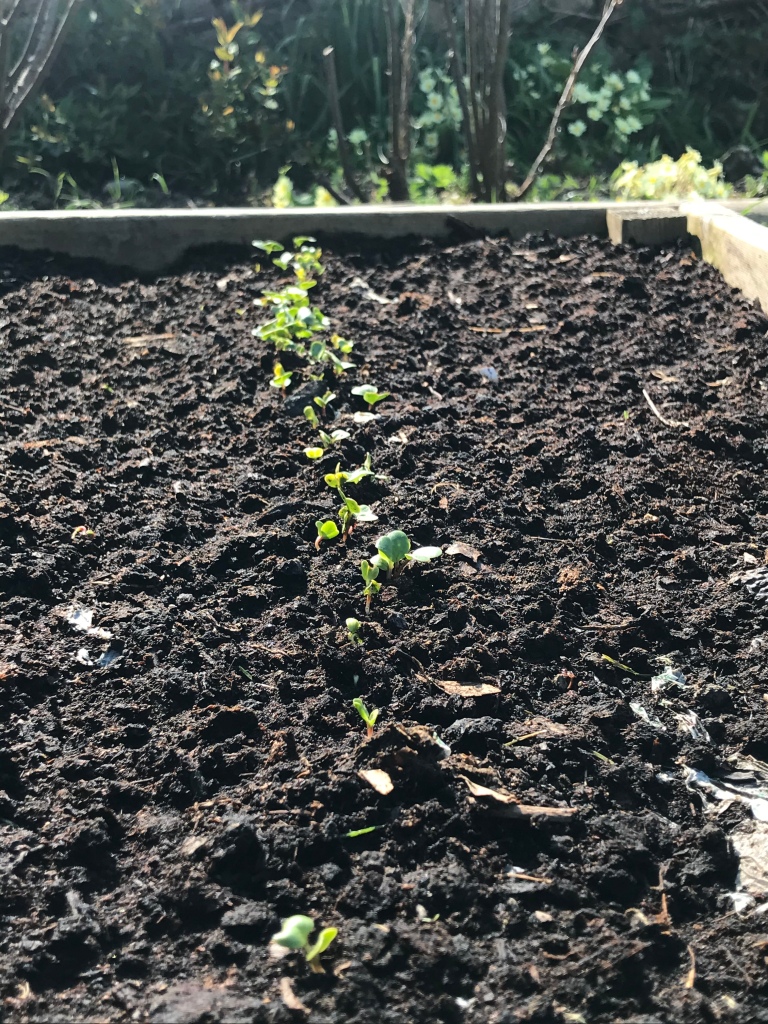 I also decided to sow carrots outside, and acquired several different flower varieties to plant in the empty tubs around the garden. These, I am happy to say, have all flourished. The sweet peas all also recently have started flowering, and there are four different colours so far! They have almost reached the top of the frame that once seemed so big, time for some pruning I think. 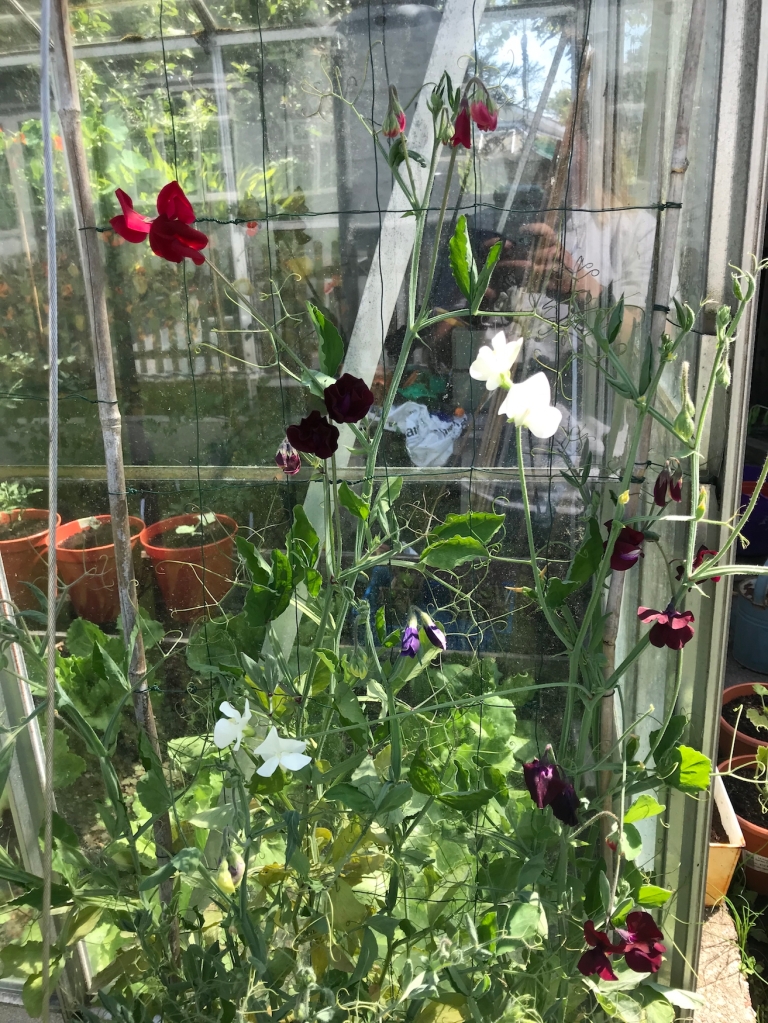 Four strawberry plants I bought and planted, expecting them to grow sadly, have also taken off in their new home, and there are now many baby strawberries forming! In the tub with them are two wild strawberry plants I unearthed when I was clearing weeds out of the tub. After being cut back and rid of their dead leaves, as well as finally having unblocked access to sunlight, they’ve grown massively and have loads of flowers. 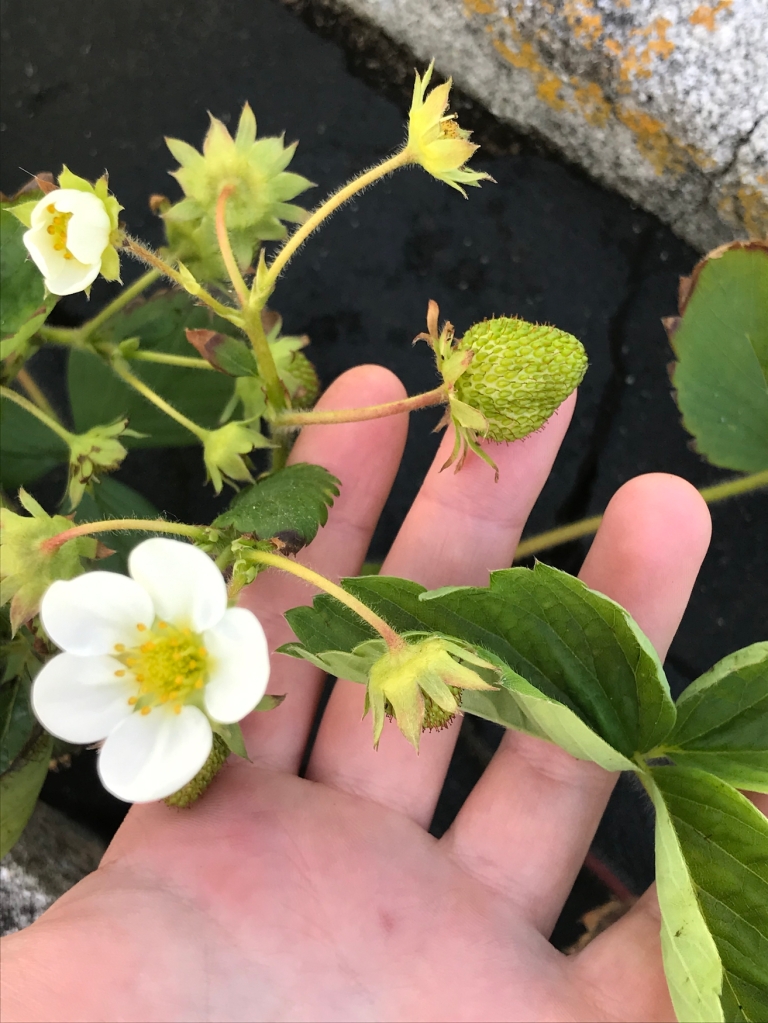 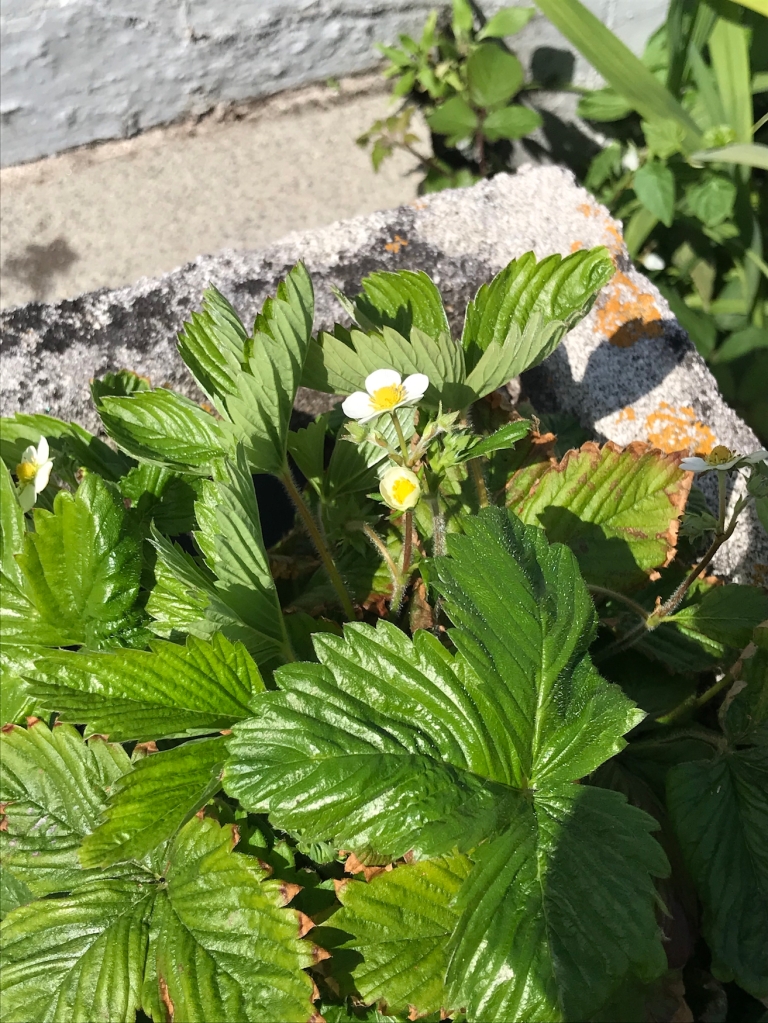 I’m finding it incredibly rewarding to watch plants grow from nothing, or to give them the right care and see them shoot upwards. 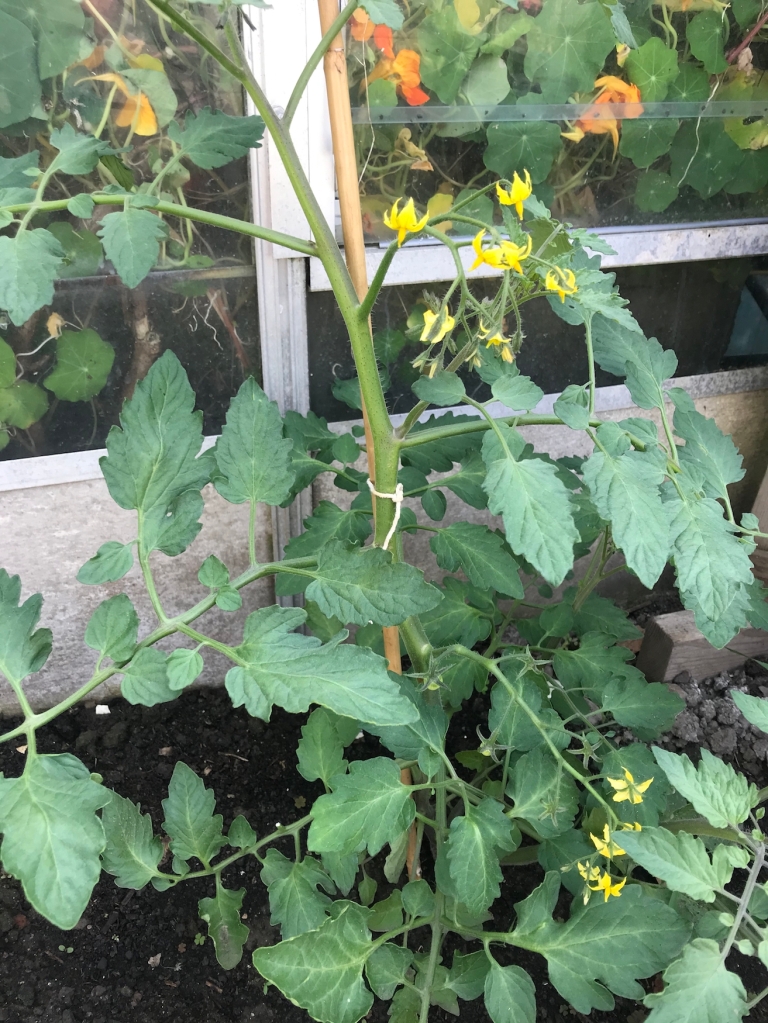 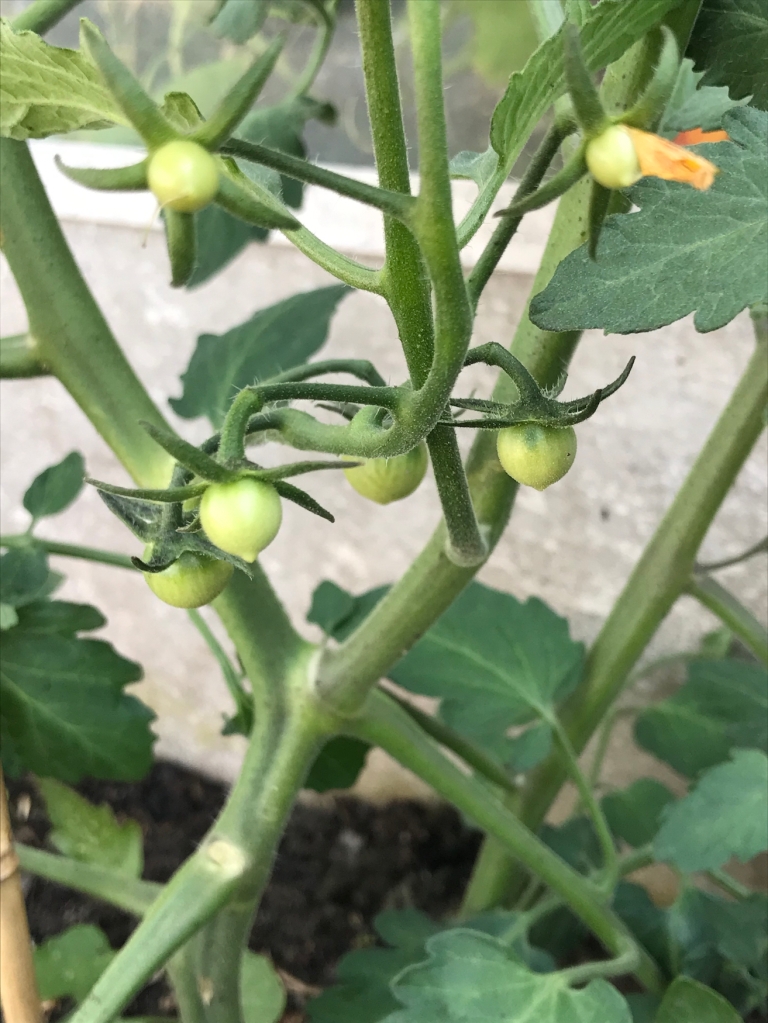 I also started finding baby tomato seedlings EVERYWHERE where they seem to have been grown last year — even in the compost heap. I ended up deciding to plant about twenty of these 1-inch-tall seedlings, not expecting them to survive having their tiny baby roots ripped out and then replanted in pots.

I underestimated them and ended up with twenty extra tomato plants! As it turns out, they are hard to kill. Now all of my friends have (somewhat reluctantly) consented to taking tomato plants into their care, with no idea of what variety most of them even are! Mystery tomatoes! 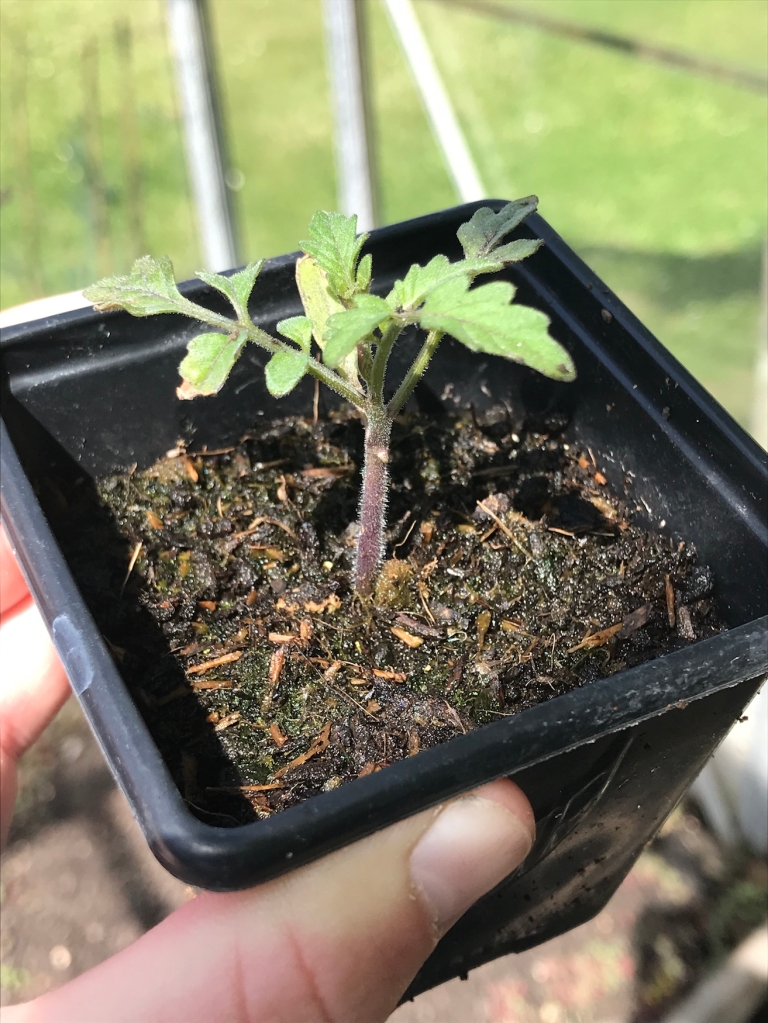 Volunteering during lockdown at the garden centre/little salad farm has proved to be incredibly fun and very educational as well, from how best to germinate seeds to how to efficiently and quickly get rid of the largest weeds. I’m now also working a couple of paid shifts there every week (definitely welcome given the lack of work) helping to pick and prepare organic salad for sale. (These pictures are actually of my own salad, not theirs!) 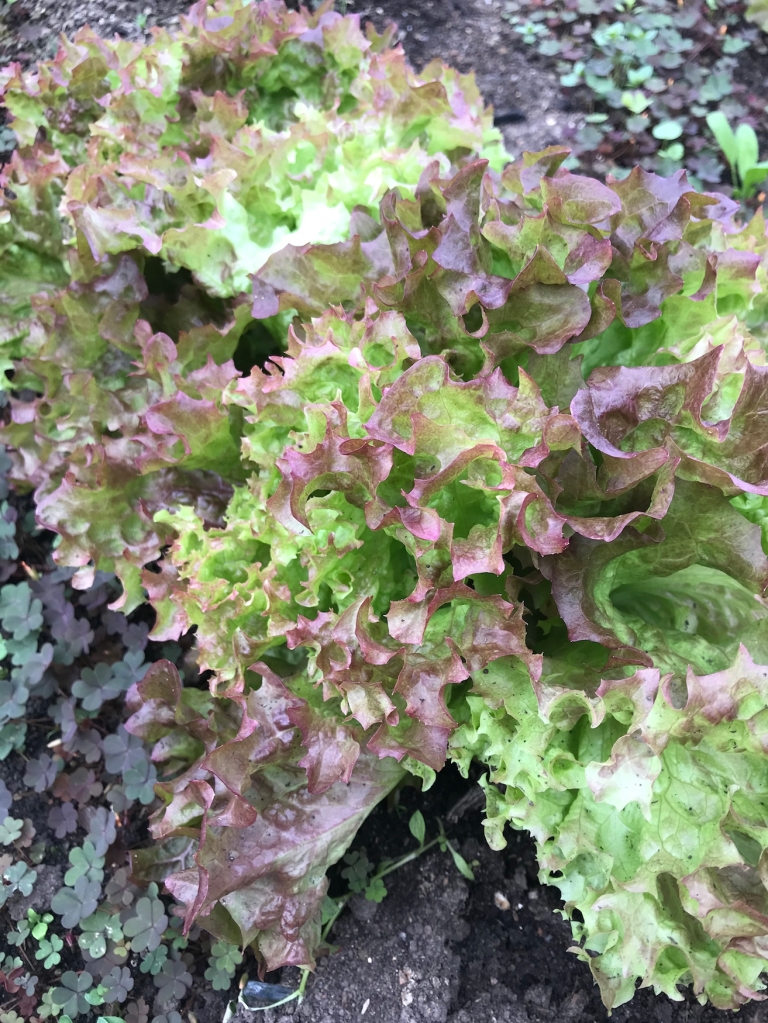 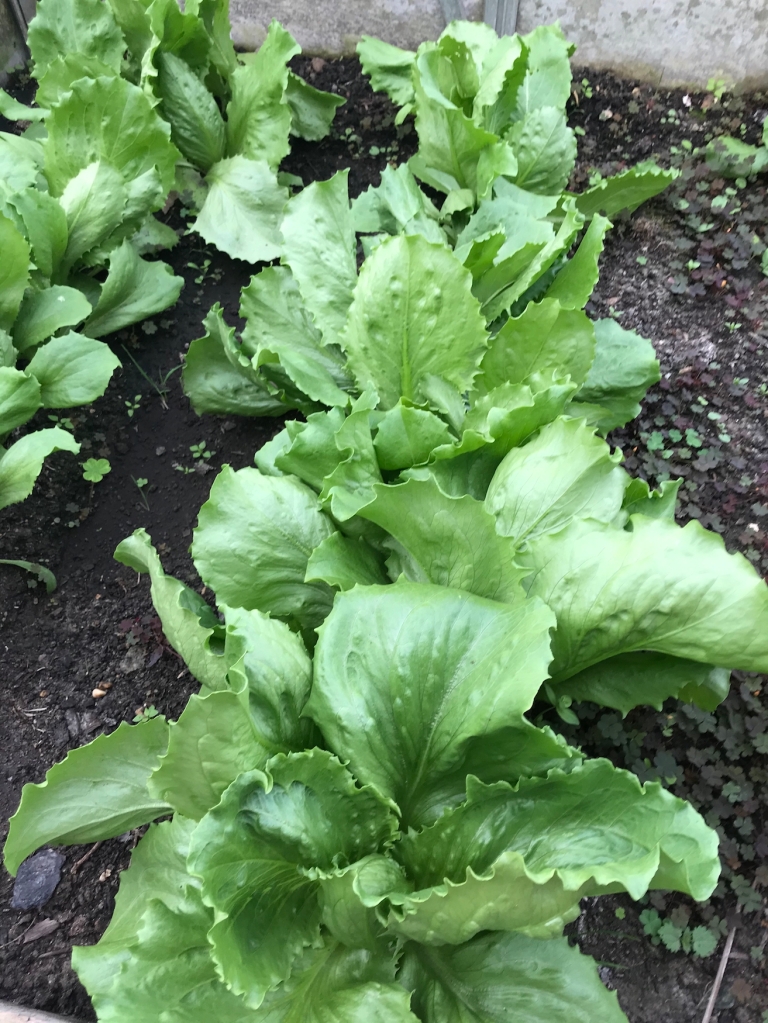 Another little area I’ve enjoyed learning a bit about has been how to propagate cuttings. This started out when I tried to find some lavender plants to replace dead ones in the garden, only to find out that there are none here and none will be delivered for several months. Undeterred, I read a couple of articles about how to grow lavender from cuttings on the internet and decided to give it a go, using stems from the only still living lavender plant in the garden. Only two of the seven have failed to grow, and the rest have not only grown but started to develop flowers! 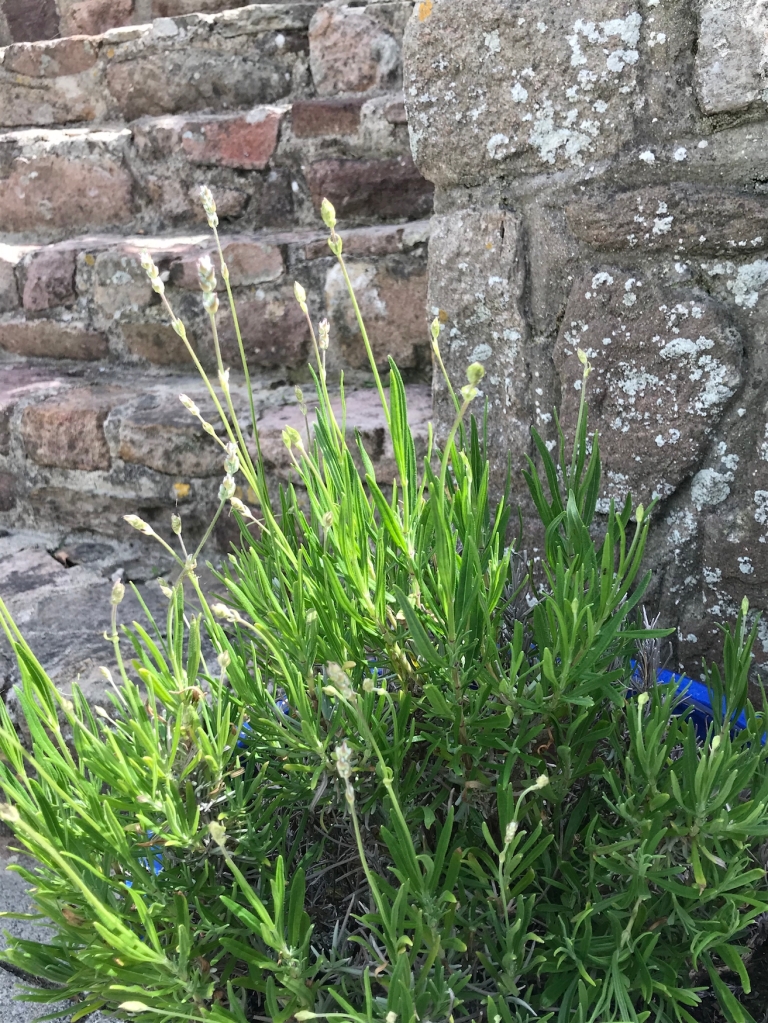 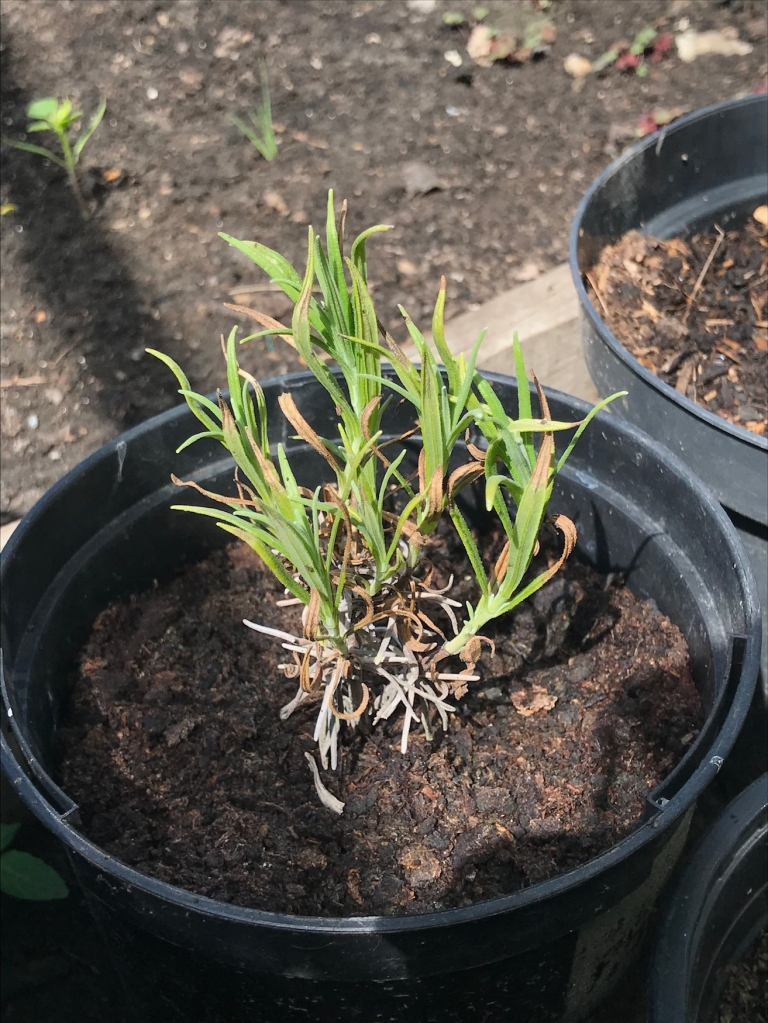 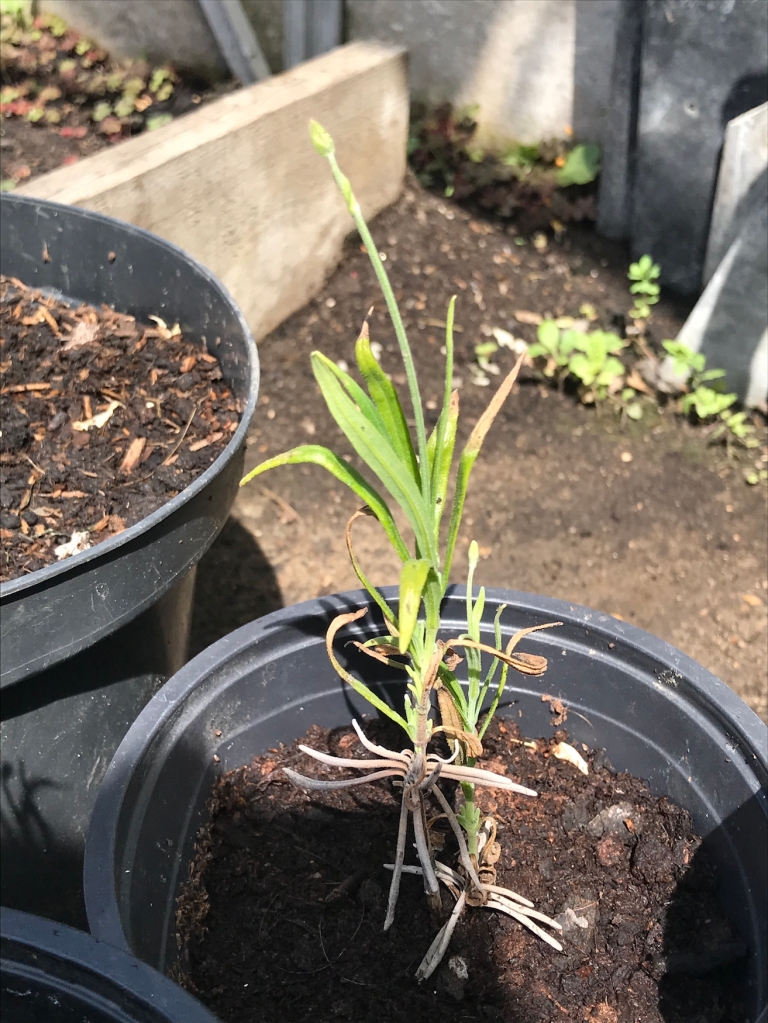 When I saw that the lavender was going to be a success I decided to try propagating more cuttings, this time from a type of succulent known locally as Dead Man’s Fingers (Mesembryanthemum) that are found all over the beaches here. This was successful, and one of the plants recently flowered! 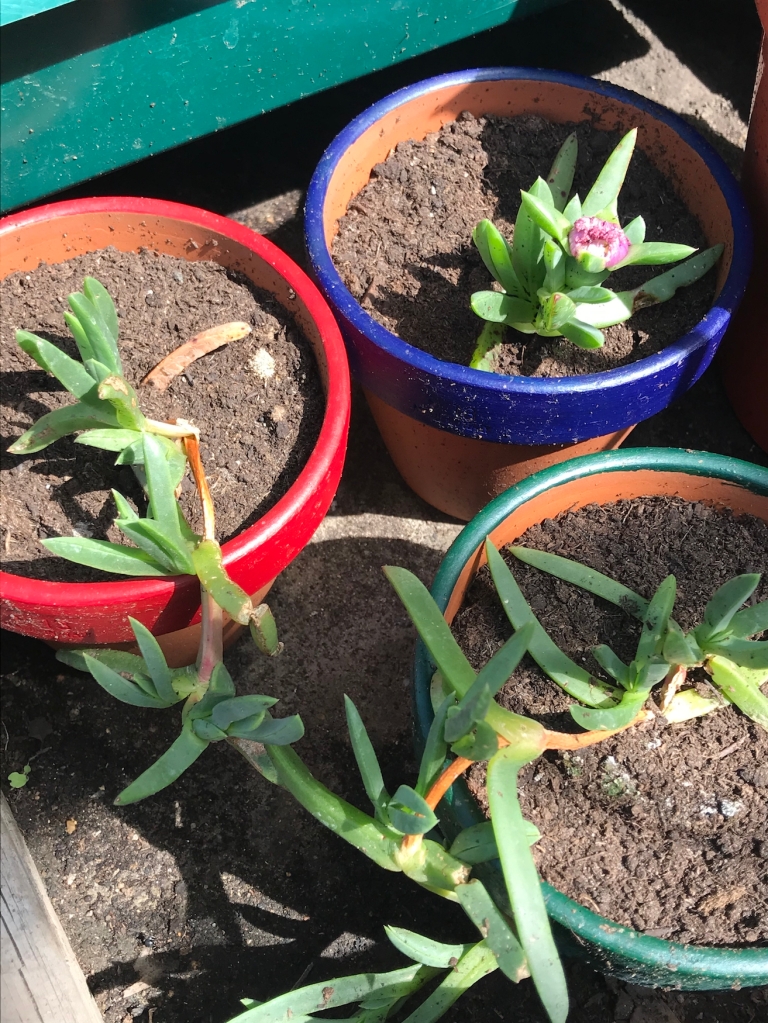 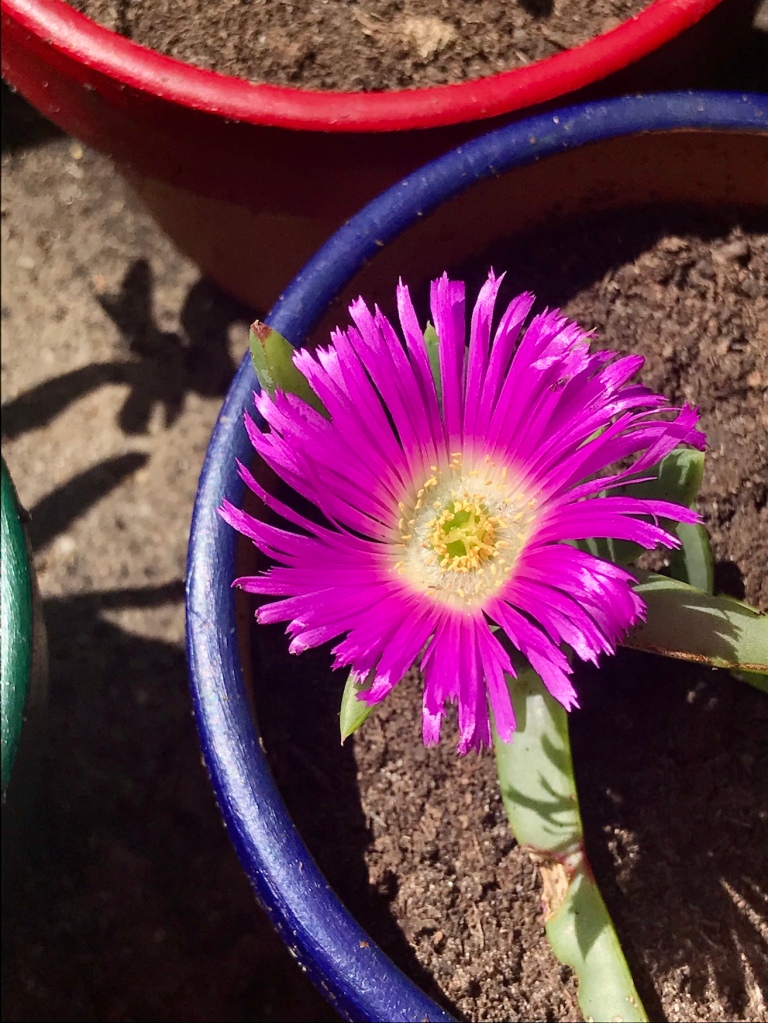 Of the many different seeds I’ve now grown and everything I’ve learnt, I would say that my favourite part of it has definitely been getting to eat what I’ve grown and give away extra baby plants to people, there’s something so satisfying about growing something tiny into something big and seeing it keep growing! 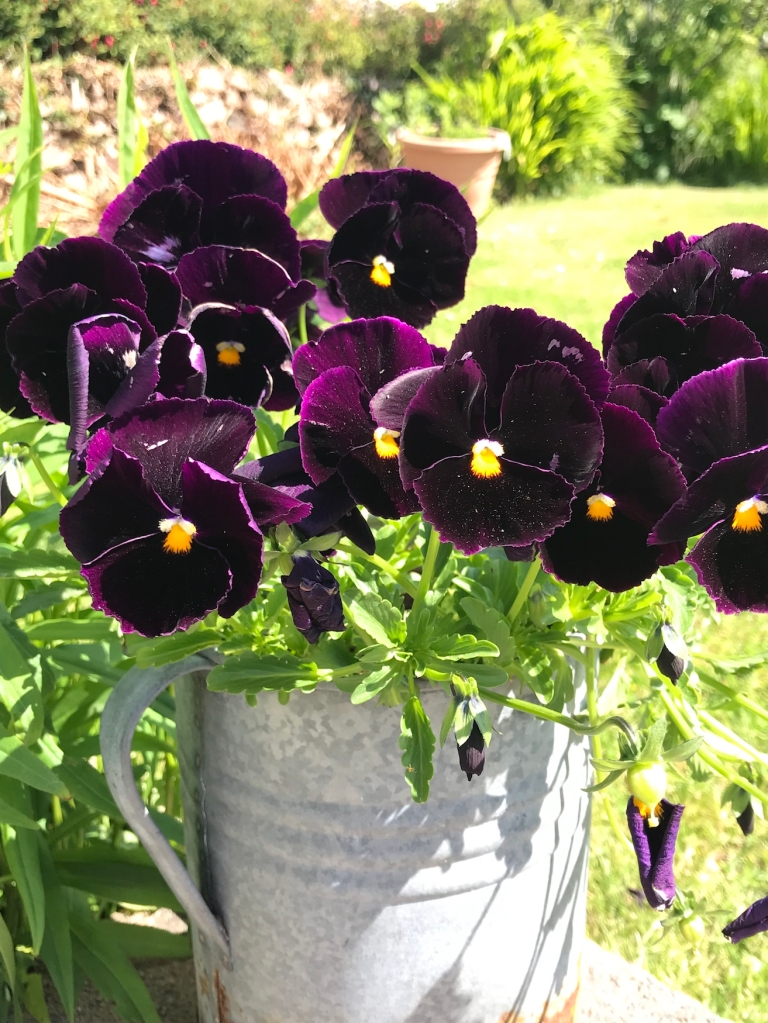 Amongst the things now yielding food from the garden we’ve so far had radishes, baby carrots, the two different types of lettuce, the parsley I sowed, mint from wild mint that I replanted that has exploded in growth (great in some lockdown mojitos!). 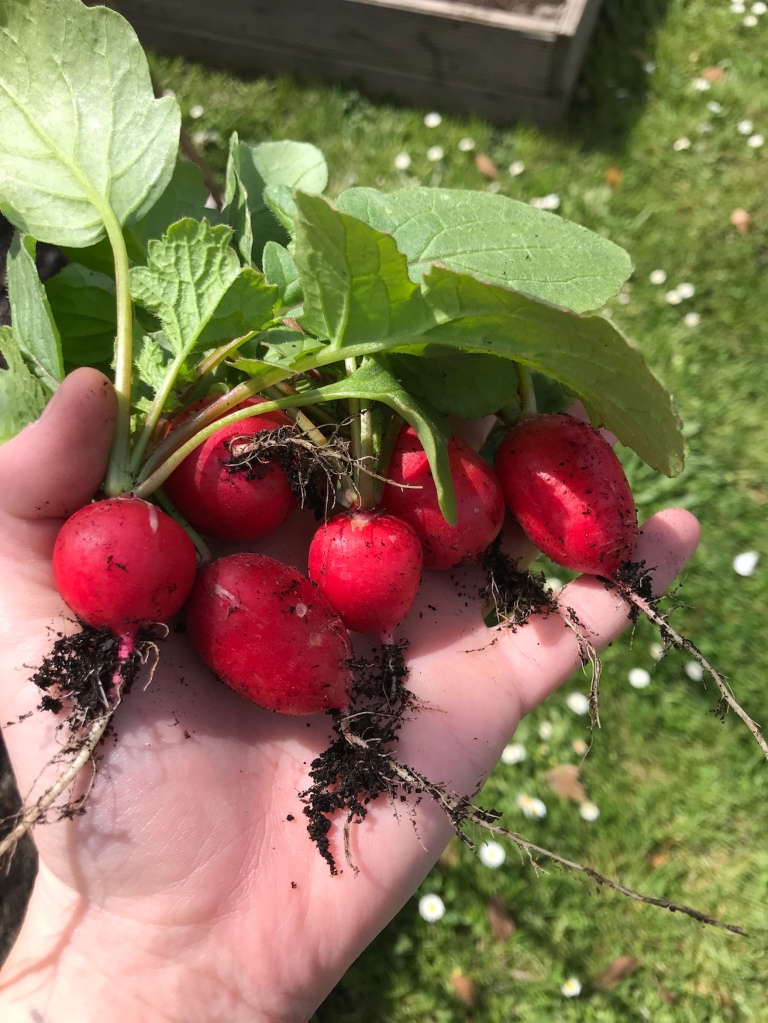 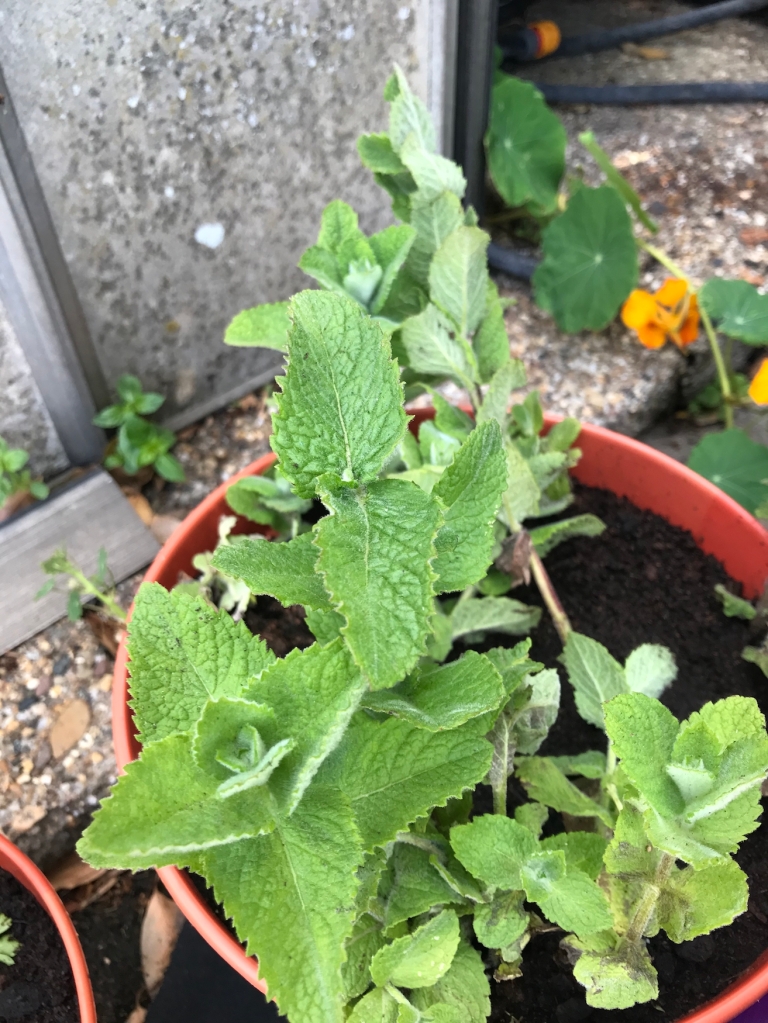 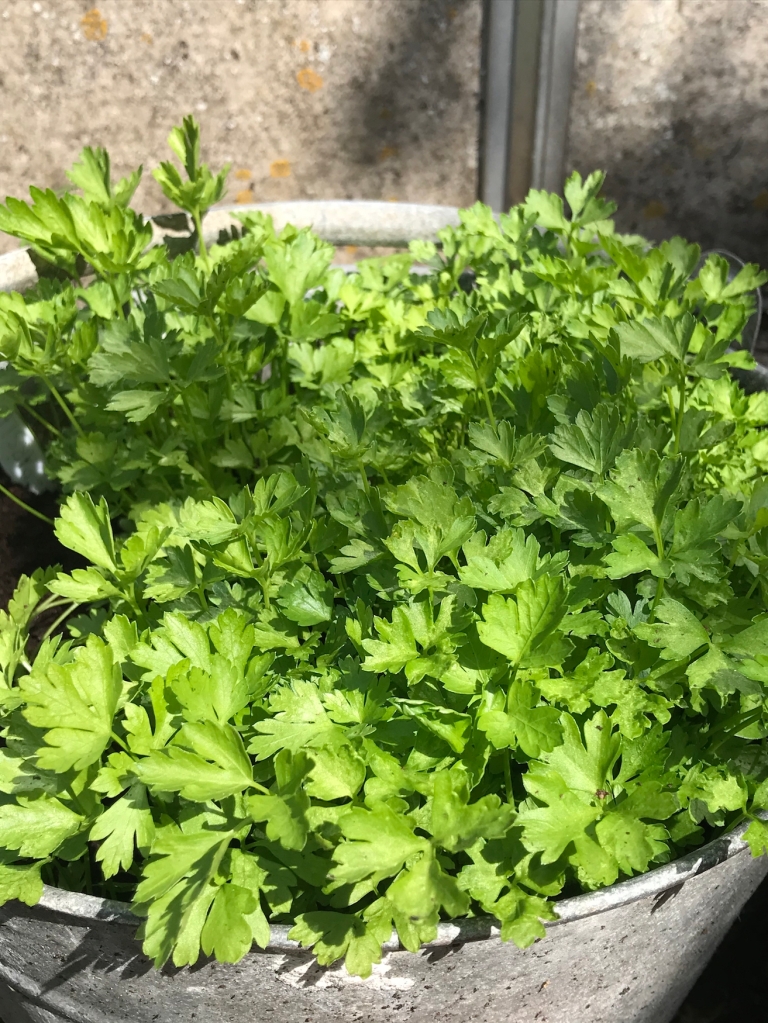 The poor courgettes I planted as the first seeds have all been planted out several weeks ago, where they’re been recovering from the traumatic experience I put them through. Now that I know how to give them the right care they’ve all taken off and are starting to form tiny flowers. 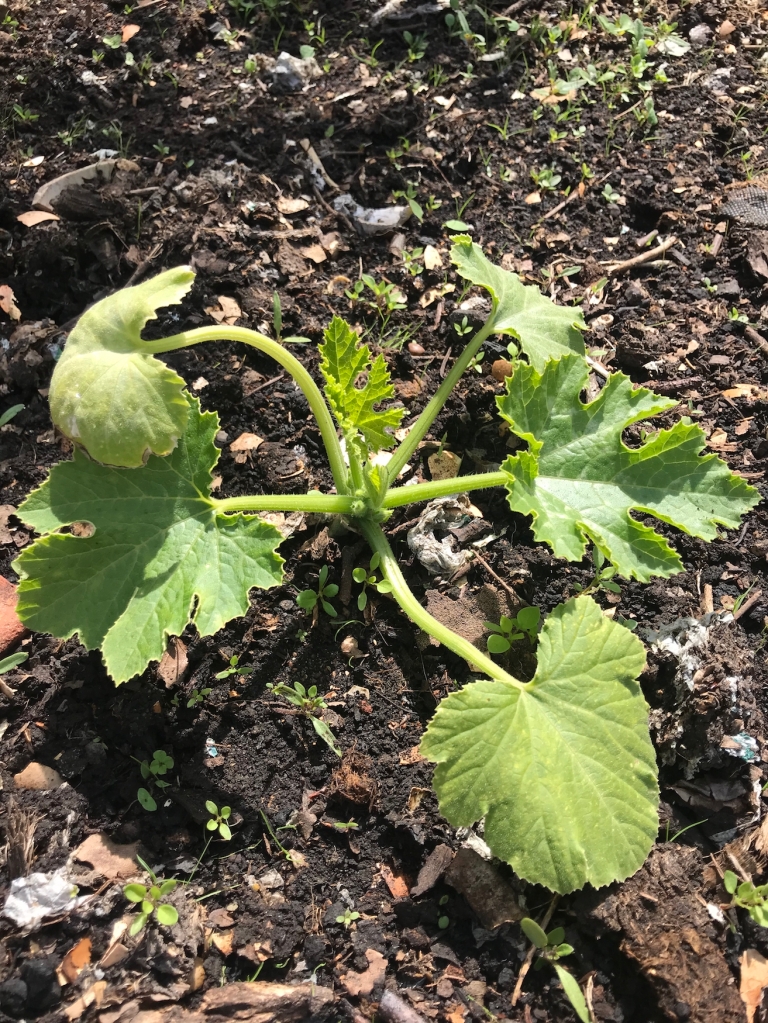 We’ve also got cucumbers, melons and two “mystery” gourd-type plants (they look like squash, I really hope they are squash!), as well as sage, oregano that I transplanted from another garden, coriander and chives, and the basil that is finally sprouting! 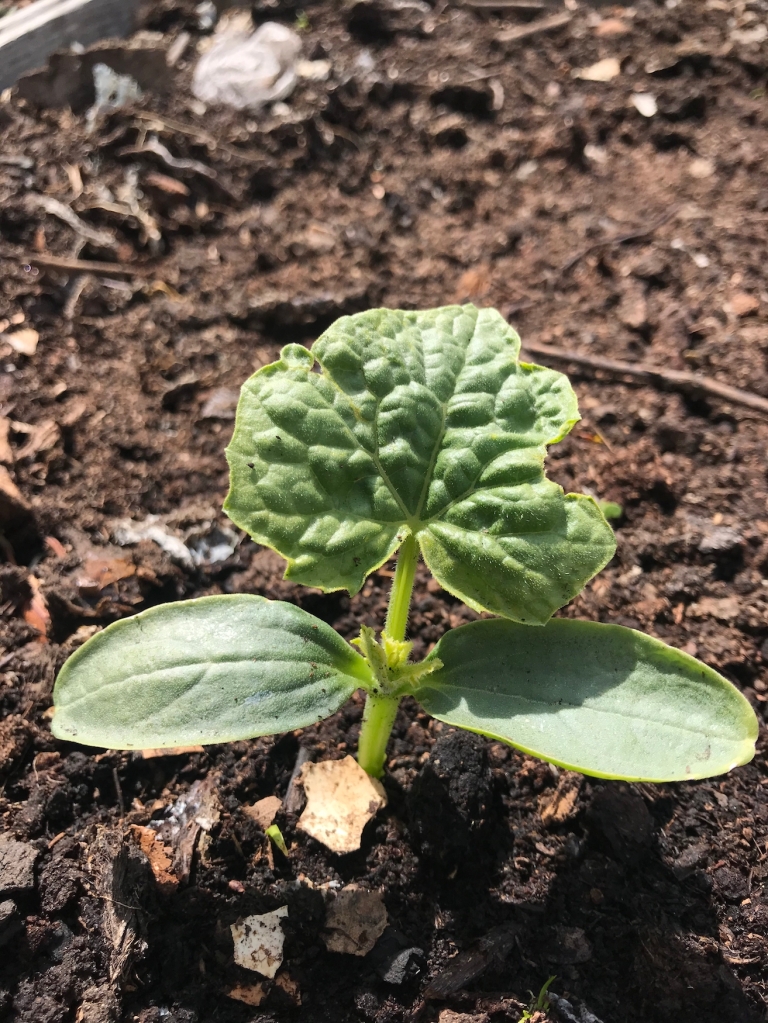 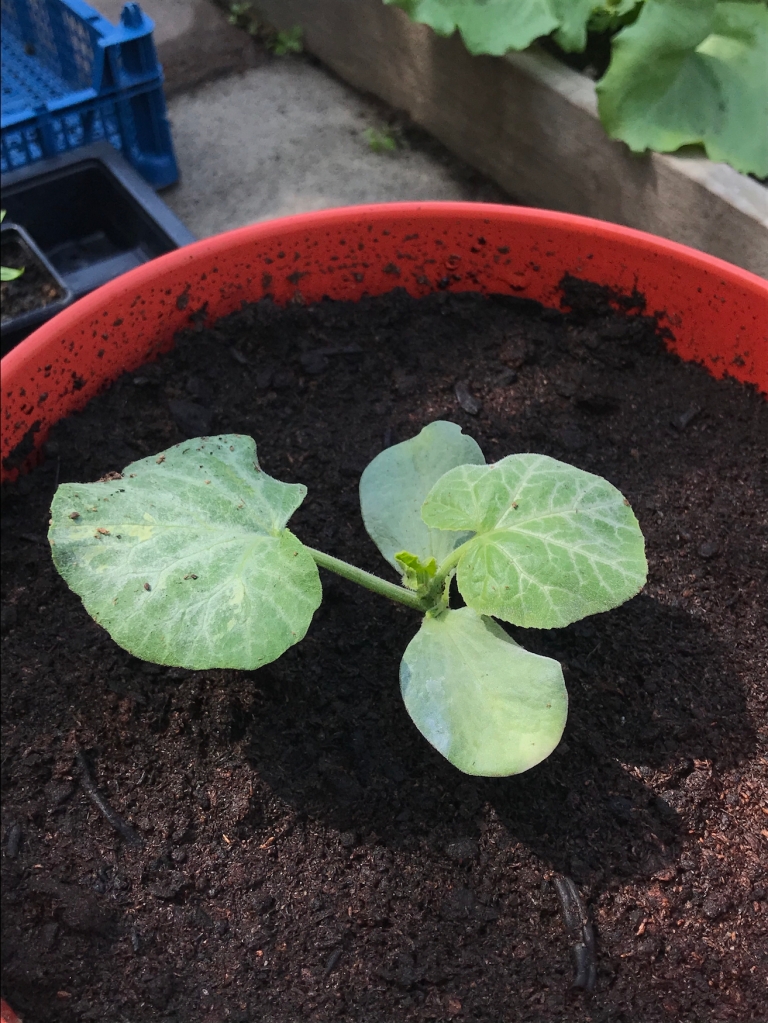 Now that I’m about to be moving again I’ve grown lots of “extra plants” and put them in pots instead of the ground, so that as well as leaving a growing and varied garden here for when the owners come back next week, I can also take a small garden with me and carry on growing.

I’m really fascinated by everything I’m growing, I can’t seem to stop buying plants and sowing seeds even though I ran out of space ages ago! 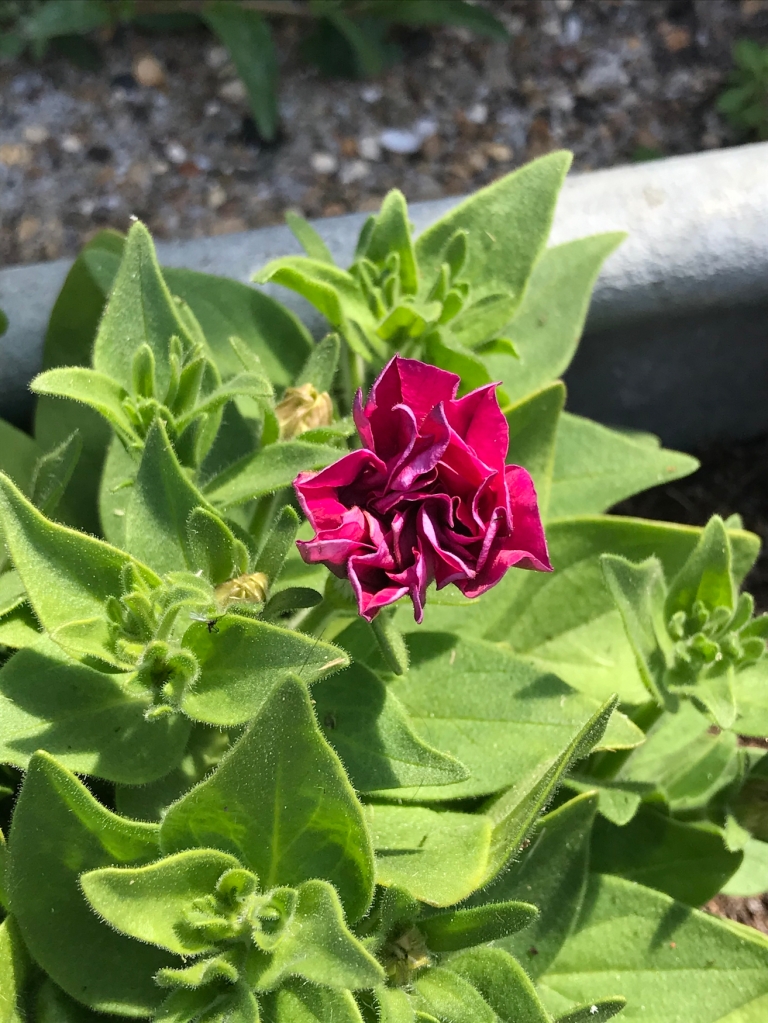 It’s a new interest, but I can already tell that it’s going to be a lifelong one. My plan over the summer, despite all of the uncertainty that we’re going through at the moment, is to carry on growing and see where this love takes me!

That’s all I have to say for now, but I hope that you’ve enjoyed reading a little bit about my new obsession and are all safe and healthy. 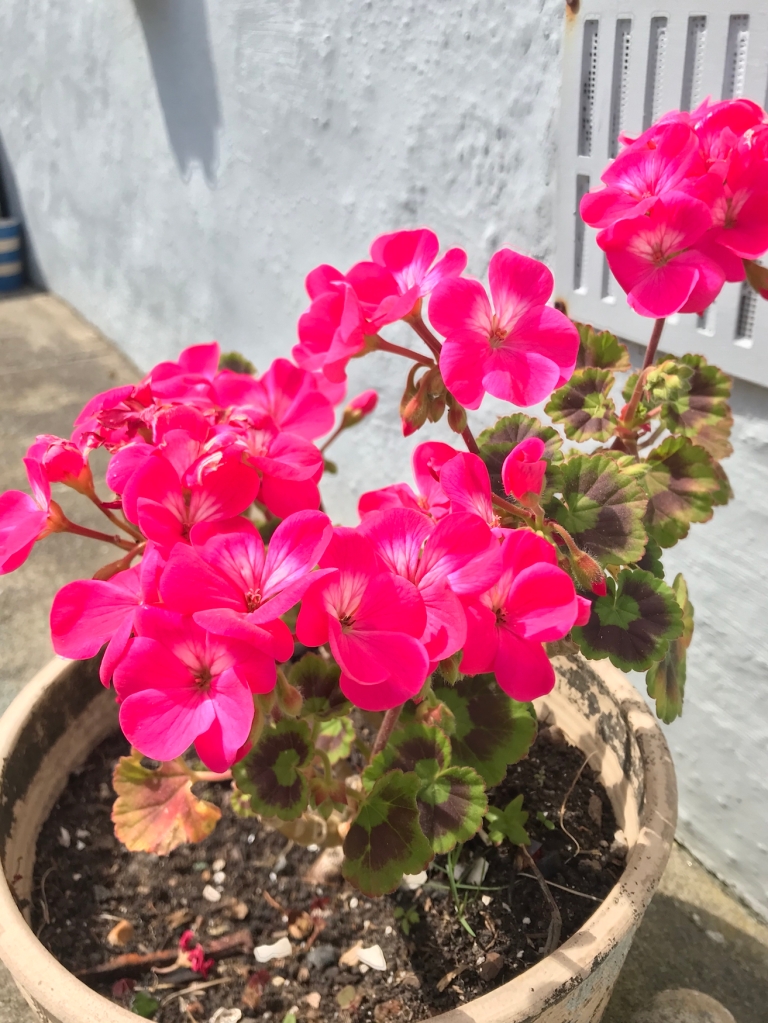 75 thoughts on “Guest Post: A New Found Love of Gardening During Lockdown”

Just love these steps leading up to those stunning gates and then a relatively simple cottage beyond.
Sunday brunch with all the family. The first time we’ve had all five children home at the same time for 2 years!
That amazing moment when you see your daughter for the first time in 19 months.
Really embracing these amazing October days. The nights are cold and the mornings even colder but once the sun gets up it’s incredible.
Spent all afternoon outside, such beautiful autumn weather.
We’re in Honfleur for a few days and three of the best things for a favourite photo for me, great architecture, church spires and horses.