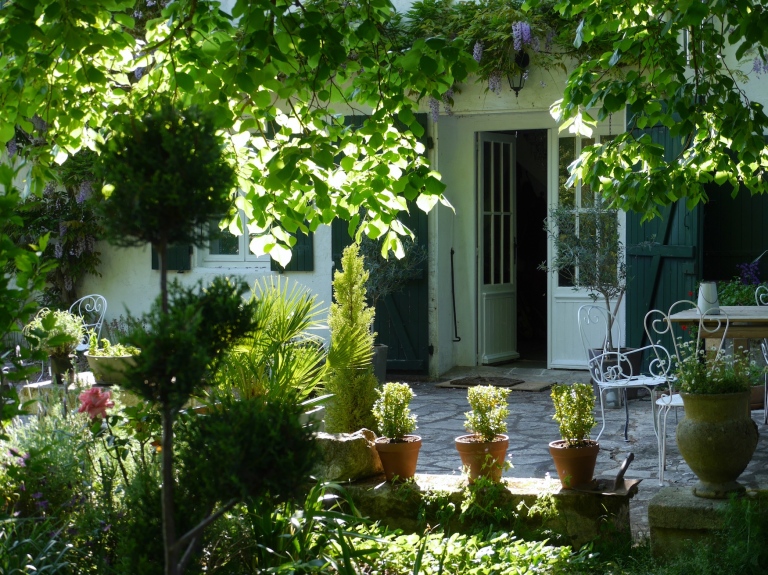 As we come to the end of eight weeks of confinement, tomorrow we shall walk just a little more freely, perhaps. Although if that is a good thing or a bad thing only time will tell. It will be strange, as the first week took some adaptation. The new classroom was our kitchen table and we couldn’t just nip out to the shops and buy an ingredient we had forgotten. Making daily bread became a ritual and flour became scarce. Our grocery shopping became a once-a-week online event which we collect at a ‘drive’ through. It was – and still is – a very hit and miss affair; we never know quite what we will get and what will be unavailable. But what perhaps frustrated us a little to start with has quickly become the new normal. It’s amazing how quickly one adapts.

It’s a tricky balancing act for any government. The economy must be considered, the health of the nation too. Now if everyone were to stick to the guidelines and still maintain social distancing, then perhaps a second wave could be avoided. But will they? Human nature dictates that once the reins of freedom are within sight then people will grasp them with open arms. We as a family won’t be going anywhere or changing anything much. Perhaps a bicycle ride altogether will be fun,  and a drive in the car will seem a luxury!

I fully plan to head out tomorrow just for half an hour (even though the forecast is for rain all day) as I want to go and take photographs of a village or two other than our own. I just want to travel more than a kilometre on foot and snap away! Simple pleasures, I know, but that’s what I shall be doing. Otherwise not a lot will be different here; we will be playing it very cautiously and being extremely sensible.

I remember the first walk I took outside our gates after week two of confinement. It seemed as if we were sneaking around, daring to poke our noses out into the big wide world. Now it’s slightly different and easier as we fill in our online form and take our walk more confidently; but still no more than a kilometre from the house and for no more than one hour. We respect the rules but we aren’t scared of them any longer. 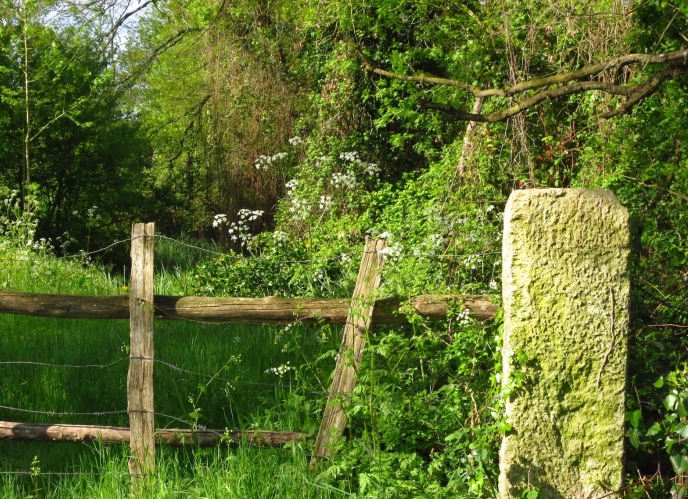 Our little village has rallied together. There are a family who set out in their van each evening, dressed for laughs, playing the French song “ Un Metre de Toi”  (One Metre from You) by Les Enfoirés, extremely loudly. It is a parody of an original song, “A Coté de Toi”  (Beside You). We happened to be out walking the other night as they approached a row of houses in the village where several children live. The kids were literally screaming behind their gates with excitement. The van stopped, the two adults got out and danced, and the kids yelled even louder. The highlight of their day is obviously when the ‘clown’ van passes. I love it, and applaud them for doing this at the same time each day, around 8pm, the music rings out around the whole village. The song is firmly imprinted on my brain. Listening to the words brings tears to my eyes.

The village has also distributed fabric, washable, masks to every household. These have been made by local volunteers. It’s an initiative that is going on in many regions throughout France, and we’ve also received official masks from the Department.

We’ve had celebrations, and we’ve had dramas. One morning we came downstairs to find Bentley was unable to walk or move his back legs. We feared the worst in an elderly dog, a stroke perhaps. But a Skype call with a vet in the Channel Islands, who was not at the time in lockdown, helped us. It appeared he had just tweaked something in his back, perhaps jumping off a sofa; a day of rest later and he was as right as rain. We’ve also lost all four ducks as you know. We’ve also removed stitches from Pixel, the puppy, who had been castrated ten days before the lockdown commenced.

And we’ve celebrated Jack’s 18th birthday with a surprise Zoom party with his friends. It’s certainly a birthday he will never forget and he said it was perhaps even more special because everything took so much planning and organising, so much harder than in normal times. Roddy’s sister started a Sunday night Zoom quiz with the extended family, bringing together people that haven’t connected with each other for quite a long time; it’s become a regular event, with teams from the UK, Channel Islands, Scotland, South Africa and France of course. Thank goodness for the internet and thank goodness for Zoom and all the other media apps that have come to mean so much for so many.

This week I’ve been in a very reflective mood. 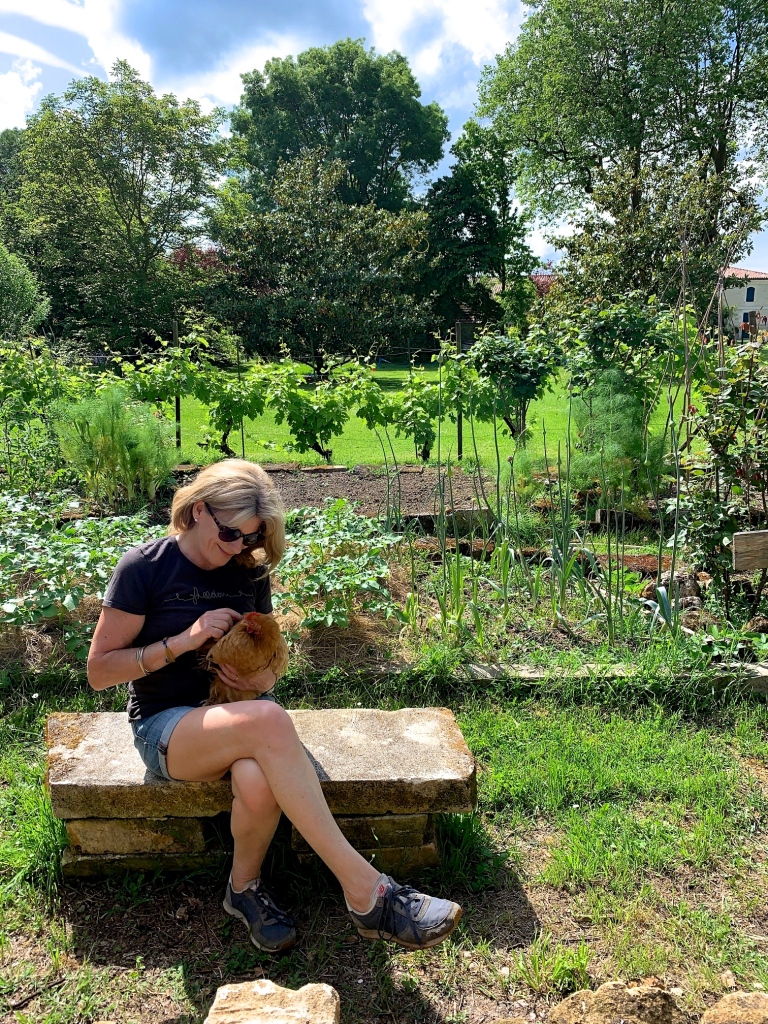 Roddy and I bought our first property in France together back in 2005 in Provence. We moved here to this rambling old farmhouse in need of a great deal of TLC in the summer of 2014. In February 2015 I started this blog, and perhaps there should have been a five-year anniversary, but with so much talk of a world pandemic looming I think the occasion got forgotten. Who can remember back to this post? The Mad Hatter’s Tea Party. The girls look so young! 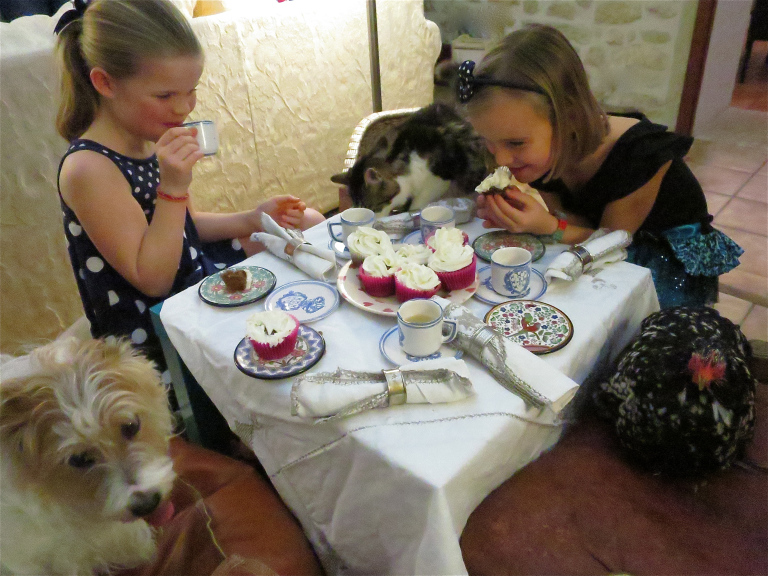 Time passes so quickly, life has been all about the adventure of restoring this old lady, and her cottage, and the gardens. 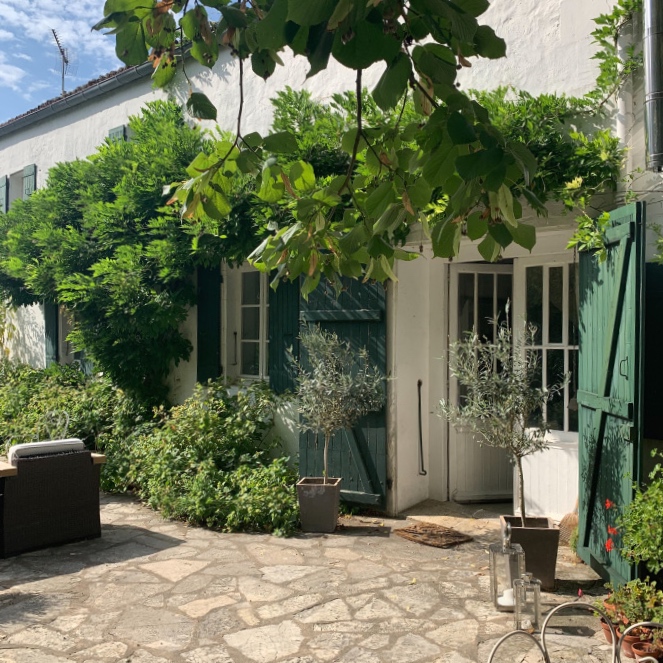 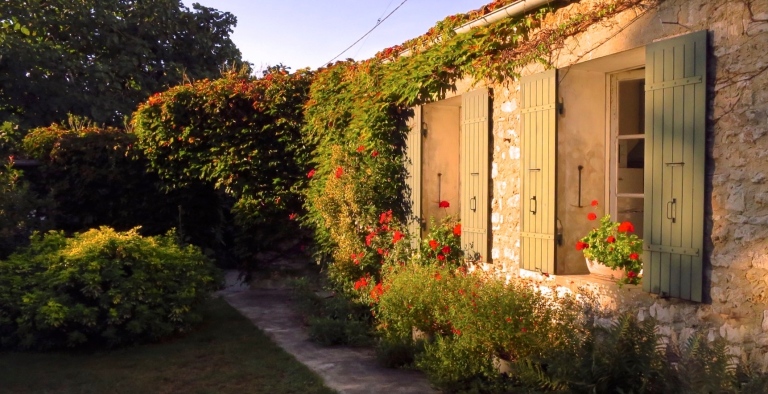 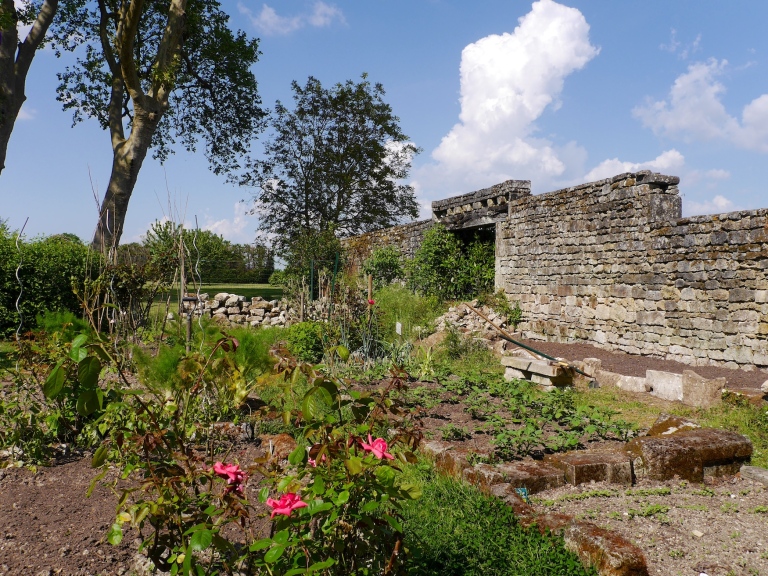 It’s been about family, watching our children grow and tackle the demands of learning a new language, about settling into a new culture and moving through the school system, from primary school into middle school, Lycée and university.

There have been excitements and disappointments. Unforgettable experiences and endless surprises. Our vision when we bought this house was to open our guest cottage and welcome visitors. We wanted people to enjoy strolling around the garden, watching the chickens, helping themselves to vegetables and cooking the freshest of eggs for breakfast. We wanted to share a glass of wine and a meal under the stars or around our cosy kitchen fire. We wanted this to be a place where memories were made, a place for family and friends, new and old. 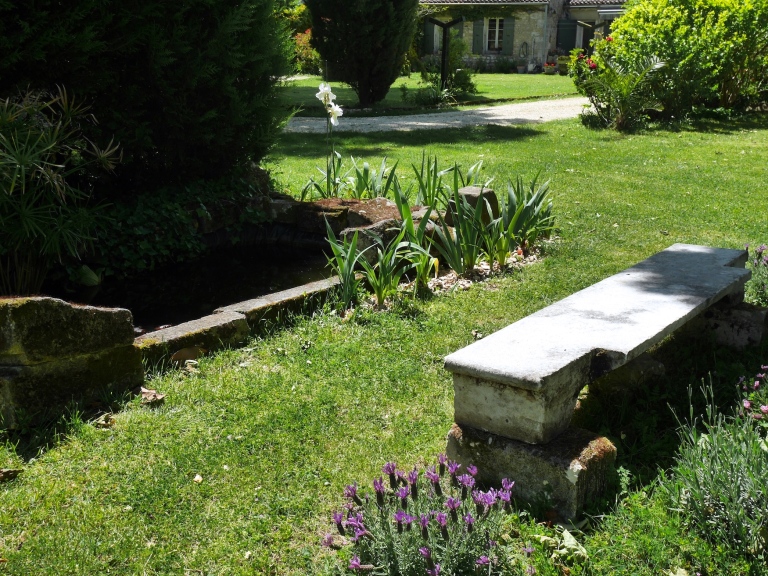 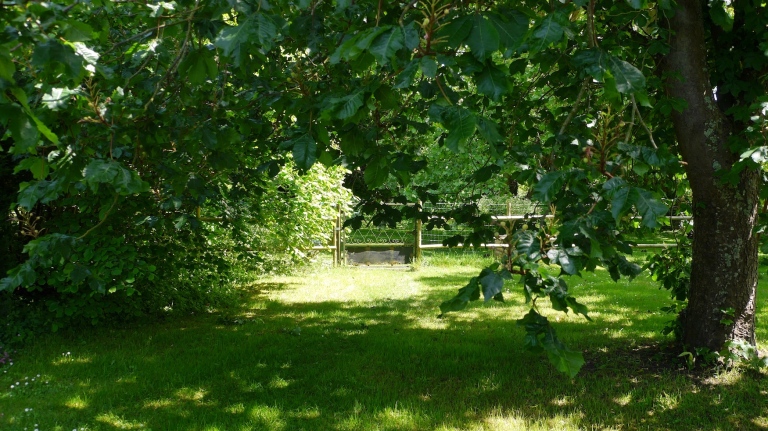 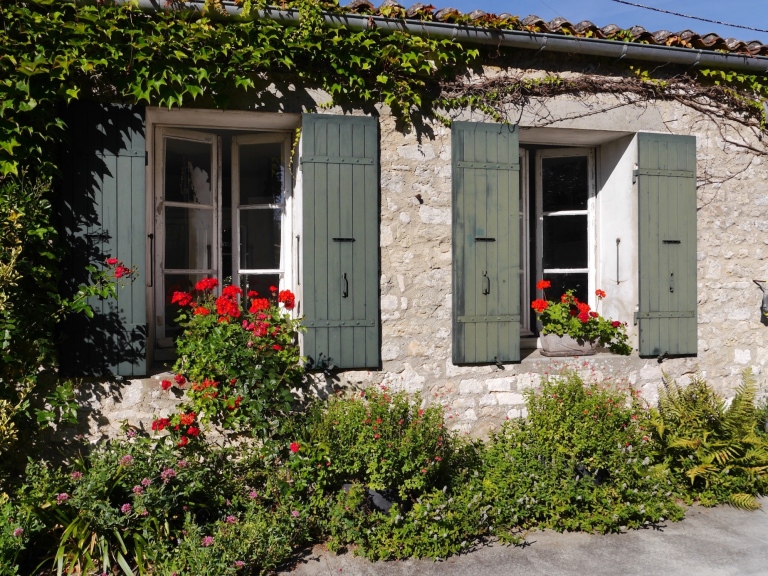 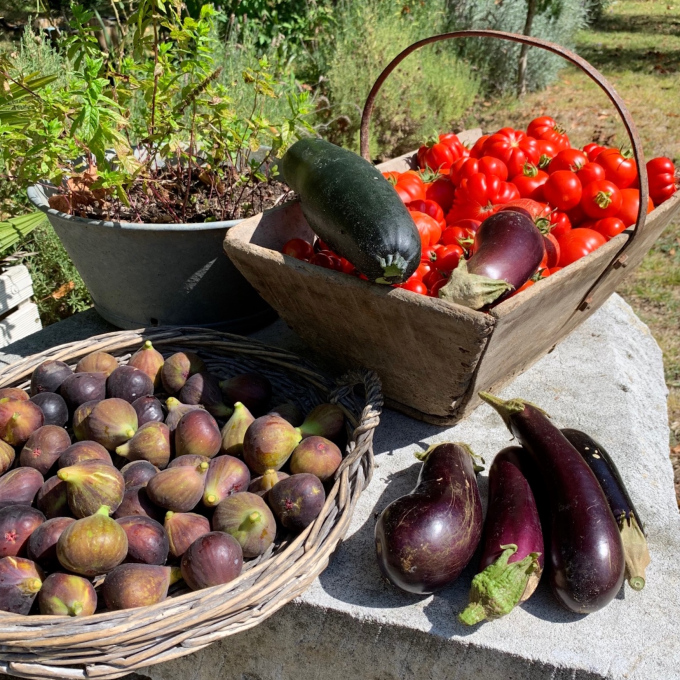 It’s been about building our business and our lifestyle brand and its been about all of you. I am so grateful to all of the people who have made our life here. All of you have followed this journey and it’s been quite a ride.  You’ve been the ones to make it possible for us. We’ve met some of you in person and what a pleasure that’s been; you’ve become lifelong friends, and others have become virtual friends that I chat to regularly. 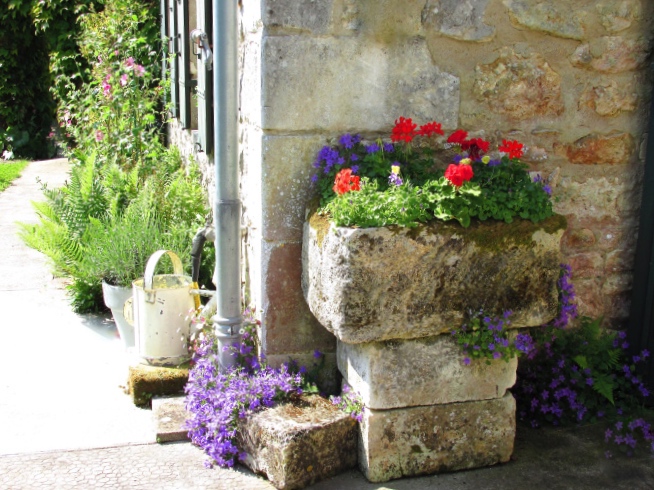 You have all made us so happy, and happiness is perhaps one of life’s greatest gifts. Looking back through the posts over the years and reading the comments, I’ve realised what a great big family we’ve become. Reading so much of what I wrote over the past five years and scrolling through the photos has taken me back, it’s reminded me of little things I had forgotten, moments in time that have been a part of our story. Every single image tells a tale, a moment in time that we wanted to share. 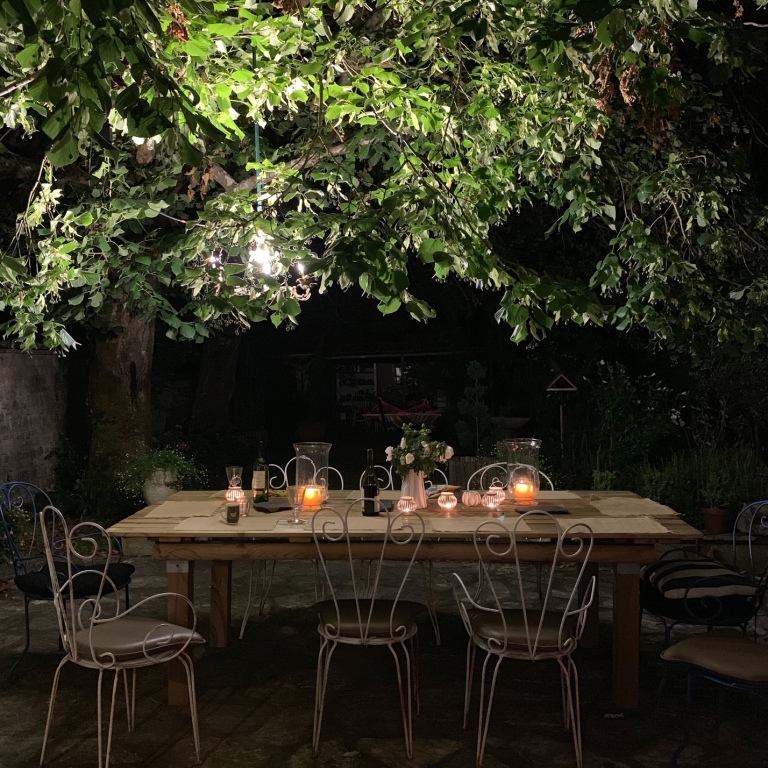 Life has been challenging and I think perhaps now more than ever it will continue to be so, but what we have is so special, I am so grateful to you all. You’ve contributed to our lives here in more ways than you will ever know. A very very great big heartfelt thank you, stay safe and lots of love. xx